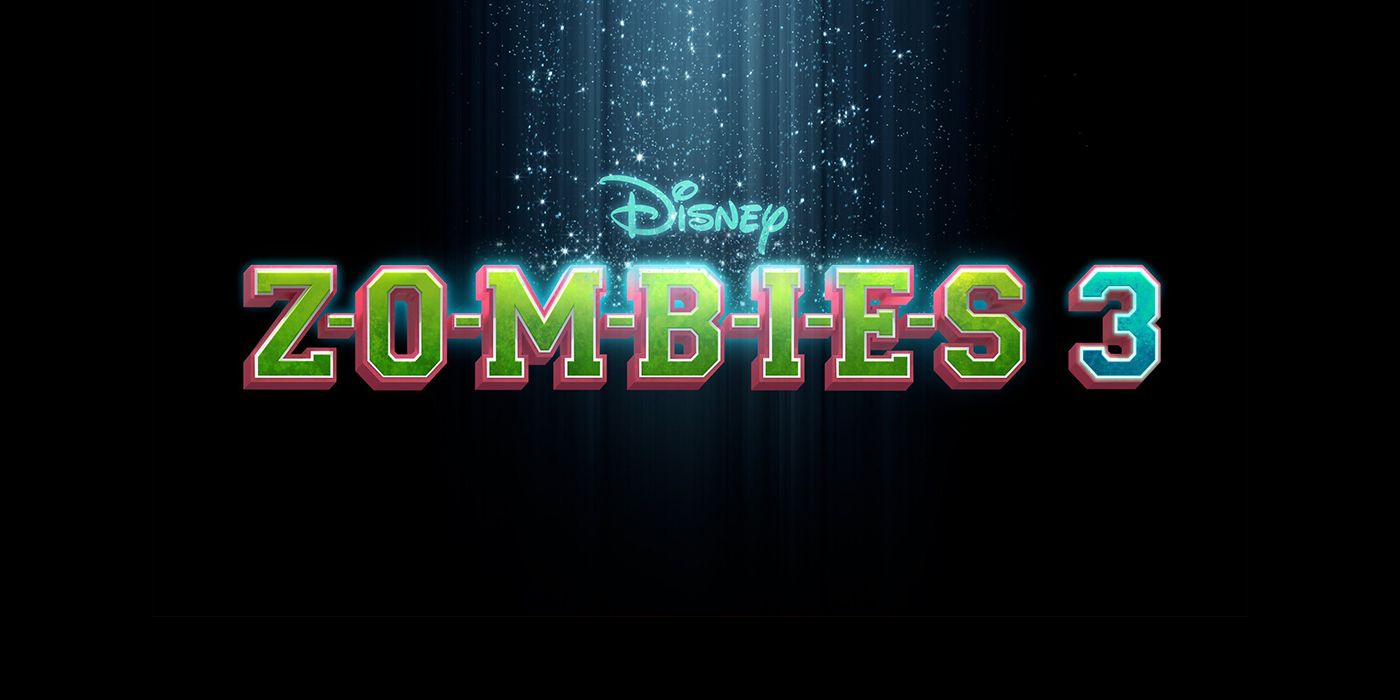 Disney+ has announced the release date for the long-awaited third installment to one of their latest musical franchises Zombies. The news of Zombies 3‘s release date comes with a new, albeit brief video featuring stars Milo Mannheim and Meg Donnelly discussing the premiere of the film. For the third outing, the franchise is going to strange new places with the introduction of aliens to the mix in the already bizarre musical world of zombies, cheerleaders, and werewolves. The film premieres on Disney+ on July 15, but a special edition of the film with new scenes and a new track will debut on the Disney Channel on August 12.

Zombies 3 sees DGA Award-winner and franchise director Paul Hoen back in the saddle, continuing the story of Zed (Mannheim) and Addison (Donnelly) as they enter their senior year of high school at Seabrook High. Since the first film, the once human-exclusive town of Seabrook has become a safe haven and melting pot for humans and monsters. Zed hopes to make history as the first zombie to ever attend college with the help of an athletic scholarship just as Addison is prepping for the first international cheer-off in Seabrook’s history. The friendly competitions come to a halt with the arrival of aliens, threatening the peaceful town once more.

Along with Mannheim and Donnelly, the film stars Chandler Kinney, Ariel Martin, Pearce Joza, Carla Jeffery, Trevor Tordjman, Kylee Russell, Terry Hu, Matt Cornett, Kyra Tantao, James Godfrey, and Kingston Foster. One very notable addition to the cast this time around is the multitalented creative and legendary drag queen RuPaul Charles who will provide the voice of the alien Mothership with a hilarious passive-aggressive streak. He brings some serious credentials to the film, including 17 studio albums, over 50 appearances in television and film, three books, and 11 Emmys as executive producer and host of RuPaul’s Drag Race among many more feats. The film isn’t his first outing with Disney as he also appeared in Amphibia and Muppets Now in recent memory.

RELATED: The Best Movies to Watch on Disney+ Right Now

With Zombies 3 comes a new soundtrack that, per Disney, has an “out-of-this-world” sound influenced by modern music. They unveiled a few tracks that will be featured in the film, including the leadoff track “Alien Invasion” which sets the sci-fi tone for the film, a suspenseful track called “Come On Out” which backs the werewolves’ hunt for the aliens, and a new rendition of “Someday,” the track originally sung between Zed and Addison in the first film about their hope of being seen as a normal couple. The soundtrack will release alongside the film for purchase on July 15.

Hoen directed Zombies 3 from a screenplay by David Light and Joseph Raso, both of whom executive produce alongside Suzanne Farwell. The Zombies franchise has been a big success so far for Disney, with the first two films ranking as the top movie on television for Kids 6-11 and Tweens 9-14 for the entirety of the year they debuted. The songs have been just as much of a draw, as the music videos have drawn 1.2 billion views on DisneyMusicVevo while the soundtracks have consistently ranked at or near the top of Billboard and iTunes soundtrack charts.

Zombies 3 releases on Disney+ on July 15. Check out the video below of Mannheim and Donnelly discussing the premiere.

Sundance Winner ‘All That Breathes’ Acquired by HBO Documentary Films

This Minecraft builder made a stunning transforming village