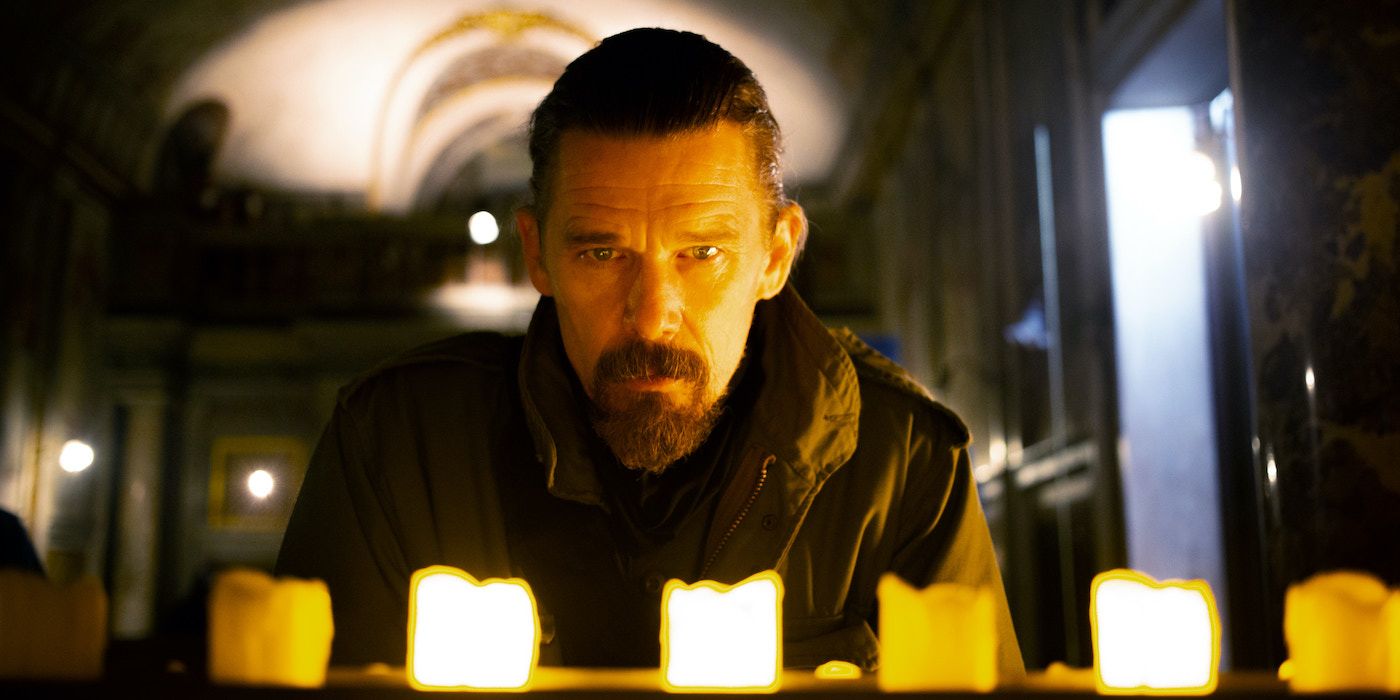 Ethan Hawke’s new political thriller, Zeros and Ones, written and directed by Bad Lieutenant and King of New York‘s Abel Ferrera, has released its first trailer. The actor, known for his work in such films as Training Day and First Reformed, will portray a soldier named J.J., who has been called to Rome in order to prevent an anticipated terrorist bombing. In exchange for information about the attack, J.J. seeks to find out new intel on his captured anarchist or revolutionary twin brother, Justin (also Hawke), who is the key to stopping the terrorist attack. In the trailer, we see Hawke rushing through the streets of Rome as he tries to track down each secret one by one and free his beloved twin brother before the bombs go off.

In addition to Zeros and Ones, we’re about to see a lot more Hawke in the near future. Hawke will also star in the upcoming The Black Phone, in which he plays a sadistic serial killer that kidnaps and murders children. In 2022, Hawke will also appear in Knives Out 2, Robert Eggers‘ The Northman, and in Marvel’s Disney+ series Moon Knight alongside Oscar Isaac.

Zeroes and Ones comes to select theaters and VOD services on November 19, and will come to Blu-ray and DVD on January 4. Check out the trailer for Zeroes and Ones below.

Here is the synopsis for Zeroes and Ones:

Ethan Hawke (Training Day) and director Abel Ferrara (Bad Lieutenant) join forces for this gritty, tense political-thriller set on one deadly night in Rome. Called to the city to stop an imminent terrorist bombing, soldier J.J. (Hawke) desperately seeks news of his imprisoned rebel brother, Justin (also Hawke), who holds knowledge that could thwart the attack. Navigating the capital’s darkened streets, J.J. races to a series of ominous encounters, hoping to keep the Vatican from being blown to bits.

‘McCarthy’ will start production in the fall of 2022.