Zelda Breath of the Wild 2: Nintendo holding back one crucial detail | Gaming | Entertainment 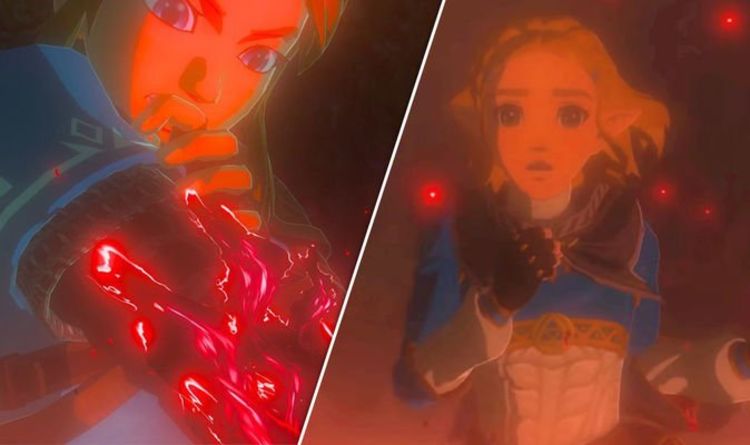 The moment Zelda Breath of the Wild 2 fans had been waiting years for finally came this week. At the end of the jam-packed Nintendo Direct on Tuesday the House of Mario revealed a brand new Breath of the Wild 2 trailer. This was the first time Zelda fans got a glimpse of BoTW 2 since it was revealed at E3 2019.

And the latest trailer didn’t disappoint, once again hinting at a much darker theme than the original Breath of the Wild.

Nintendo also announced a release date window for BoTW 2, with the highly anticipated sequel scheduled to launch in 2022.

The latest Breath of the Wild 2 trailer has sparked plenty of fan theories, with fans trying to piece together any clues to the story and how the game fits within the Zelda lore.

And it looks like there’s one crucial detail, which could help to give fans some answers, that Nintendo is keeping close to its chest.

In an interview with IGN, Nintendo’s Bill Trinen and Nate Bihldorff discussed some of the big E3 2021 announcements.

And during the conversation the Treehouse duo dropped an interesting tidbit of information about Breath of the Wild 2.

They said BoTW 2 does have a subtitle that has been confirmed in-house, but this hasn’t been announced as it could hint what’s going to happen in the sequel.

Trinen said: “As for why we’re holding back on the name, you’ll just have to stay tuned because, obviously, Zelda names are kind of important.

“Those subtitles… they start to give little bits of hints about maybe what’s going to happen.”

The reveal of the latest Breath of the Wild 2 trailer has sparked plenty of speculation about the story of the BoTW sequel.

From what we’ve seen so far, Breath of the Wild 2 will have a darker theme than the critically acclaimed original – which has led to plenty of people comparing the differences between BoTW 2 and BoTW with Majora’s Mask and Ocarina of Time.

And there’s one fan theory that could be in keeping with this potential darker theme.

One popular fan theory is that in BoTW 2 we won’t be taking control of Link.

Instead, we could actually be stepping into the shoes of Ganon.

If that ends up being the case it could be an earth-shattering twist, and make BoTW 2 unlike any other Zelda game seen before.

We’ll have to wait and see if that ends up being the case, but in the meantime the fan theories and speculation will continue to rumble along.

Every single Gmail user has been treated to a huge upgrade