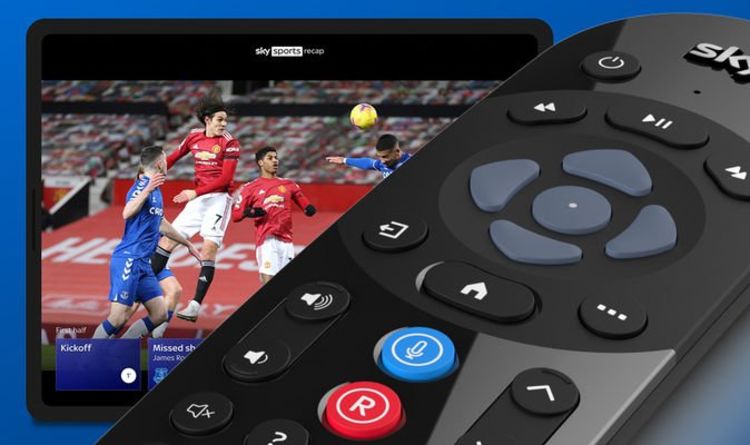 Sky Q users are getting a useful upgrade arriving on their set-top box this week which brings new features that are aimed at making it easier to find more content. The new update mainly focuses on the voice search that’s now found on the new Sky remote. Speaking to TVs to ask for channels to be changed or shows paused has boomed in popularity with Sky saying that millions of requests are made each year via its voice search technology.

Now, this option is getting even more useful with Sky adding the ability to switch between apps simply chatting to your remote. That means you can jump from an episode of WandaVision on Disney+ to a quick workout via Fiit without having to scroll through endless menus.

To give it a go all you have to do is say “Fiit” when you’re in Disney+, and it will launch – without heading back to Sky Q home. It works across the whole suite of apps including Netflix, Prime and BBC iPlayer.

Along with that change to apps, there are also now more ways to record your favourite TV.

Just grab your remote, hit the voice button and say “record” or “record this” into your voice remote while watching live TV, to make sure you capture the rest of the episode or film you’re watching.

Finally, to continue making Sky Q even more accessible, there’s now a dedicated page for Audio Descriptive Content. Available just by using your voice, say “Audio Described TV” to access the hundreds of audio described shows and movies for you to record and watch later.

So that’s the update to Sky Q but that’s not all from the firm as the Sky Go service has also had a reboot.

There’s now a bunch of extras coming to this mobile service including Sky Sports Recap which lets you see all the best from live Premier League and EFL matches if you walk in halfway through the game.

It’s already available on iOS devices by pressing “Recap” on the screen with Sky confirming that it’s coming soon on Android and desktop devices.

Sky has also introduced ad-skipping to Go so you don’t have to sit through endless sponsored messages before watching a show.

More people can also now watch TV in the home thanks to Sky boosting the number of devices that can stream at once.

And, for the first time, everyone will now be able to download the TV they love to a device to watch without an internet connection. This useful feature was previously only available to Sky Go Extra and Sky Q Multiscreen subscribers.

Speaking about the changes Fraser Stirling, Group Chief Product Officer, Sky, said: “The latest improvements to Sky Q’s voice control makes it easier to quickly switch between your favourite apps and channels, plus with Sky Sports Recap on Sky Go, sports fans, like me, will never have to worry about missing out on any of the action again. We’re continuing to make it even easier to enjoy the entertainment that matters to you”

The path to unionizing has been rough for Raven Software, and it’s about to get…

Dwayne Johnson is making a new video game movie – so what could it be?

Google’s Pixel 6a could be coming far sooner…