You Can’t Make A Battle Royale In Battlefield 2042’s Portal, At Least At Launch 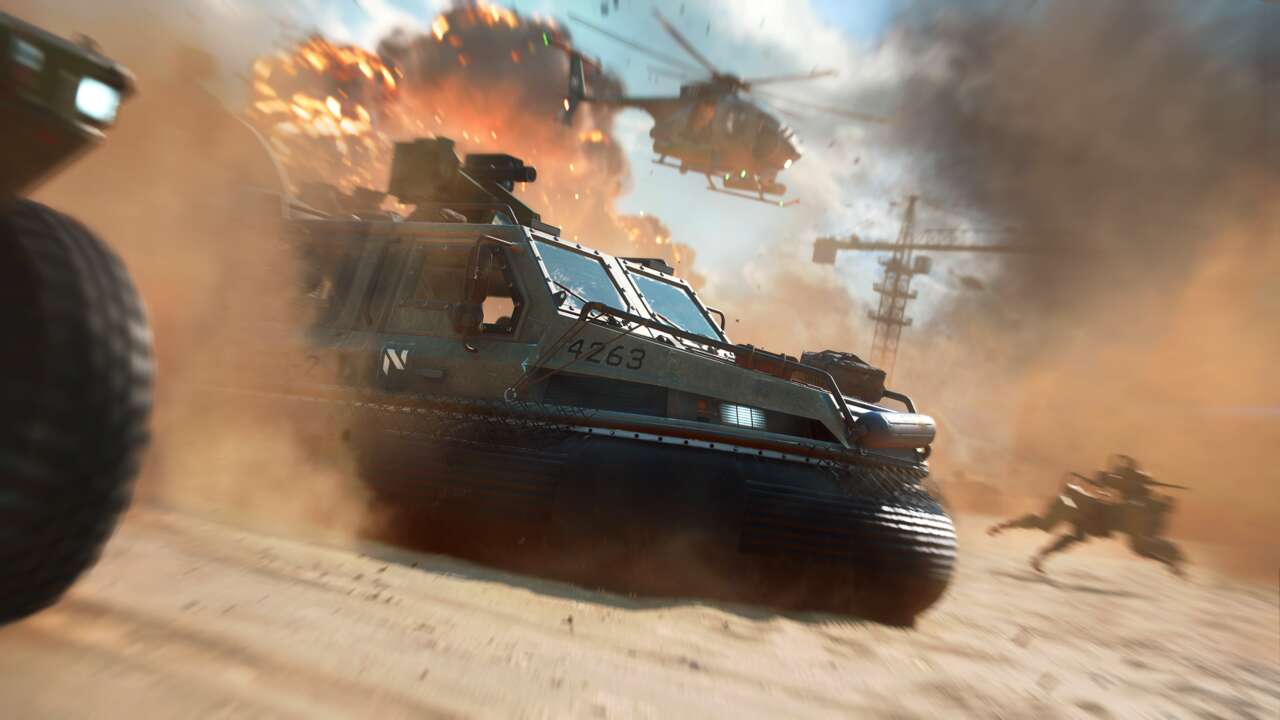 With the reveal of Battlefield 2042’s Portal mode, which allows you to build custom game modes in the upcoming shooter, there’s a natural question that comes to mind: Can you create a battle royale mode? It’s a reasonable question given that 2042 lacks such a mode but is providing an impressive slate of tools for players to create their own fun in Portal. However, at least at launch, the necessary levers won’t be in place to facilitate such a creation.

“You can do a lot with the Logic to create new experiences. There are going to be some limitations at launch,” Ripple Effect senior design director Justin Wiebe told GameSpot ahead of Portal’s reveal at EA Play Live. “So for example, we don’t have a spatial editor. So creating something like a battle royale, there are kind of two main components that would need to be there. The first is a very robust matchmaking system. As you know, when you get kicked out, you need to throw people in a pool, rematch, make them in. That’s not something we’re going to support for the builders to be able to create or manage at launch.”

Perhaps more critically, one of the central mechanics in a battle royale game–an increasingly shrinking playspace–can’t be created in Portal using the tools that will be available at launch.

“And then the second part is the spatial editor where being able to place crates and weapons and collapsing domes and things like that,” Wiebe continued. “We’re not going to have a spacial editor at launch.”

Wiebe did not rule out the possibility entirely for the future. Portal will continue to be expanded with new tools and options over time, and perhaps the community will push Ripple Effect to add a spatial editor.

“However, I will say that we’ve heard from the community already when we’ve done some internal tests and we know that there’s a lot of power in a spatial editor,” Wiebe said. “It’s just, our focus has been on the core experience and Logic foundation and being able to mix and match the different era’s at launch. We look forward to listening to the community because this is a journey for us. We want to listen to the community, hear what they have to say and make sure that we are prioritizing the right things.”

Portal launches as a free component of Battlefield 2042 in October. It’s one of several key pillars of the game, alongside the All-Out Warfare modes and a yet-to-be-detailed third mode called Hazard Zone. For more, check out our in-depth preview of Battlefield Portal and what we know about Battlefield 2042’s beta. EA Play Live also brought some other exciting news, primarily in the form of the reveal of a Dead Space remake.

A novel microscope reveals the miracle of molecular oxygen

Samsung Galaxy A51 Getting July 2021 Android…