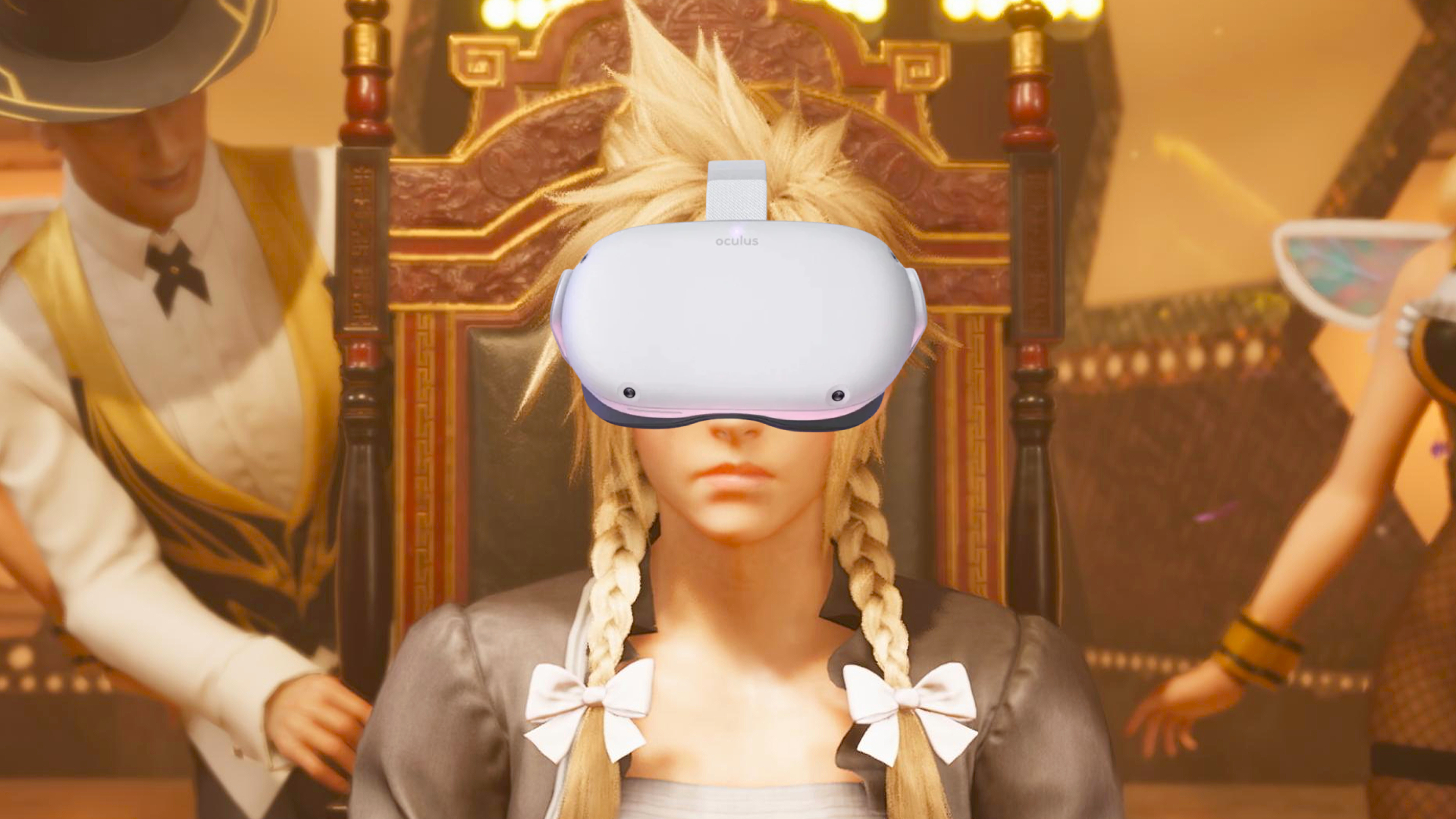 Final Fantasy 7 Remake on Oculus Quest 2 isn’t officially a thing, but a new mod adds VR headset support to the PC version of the game. That means you’ll be able to explore Midgar using your own eyes and a pair of Meta’s goggles, and it should take the RPG experience to a whole new level.

Highlighted by The Verge, the Final Fantasy 7 Remake VR mod is being developed by Luke Ross – a virtual reality modder that has added Oculus Quest 2 and VR headset support to games like Elden Ring and Cyberpunk 2077.

While the project doesn’t transform the RPG into a first-person experience, it’ll feel like you’re right behind Cloud and the gang. However, Ross says the sensation will hit you like the “force of a speeding steel train,” and describes the mod’s camera movement as “wild”.

Fans are already sharing their FF7 Remake VR experiences online, and a clip by enthusiast Brian Tate demonstrates the experience. The boons of virtual reality mean you can get a good look at Square Enix’s reimagined Midgar with your own eyes, and being able to keek around walls next to Cloud should make you feel like an actual party member.

Playing games using the best VR headset in place of a gaming monitor is a great way to shake up the way you play, especially if you work from home. Of course, not every game comes equipped with a virtual reality mode, meaning fans need to rely on mods to make the most out of their expensive headwear.

If you fancy giving the FF7 Remake VR mod a try, head over to Luke Ross’ Patreon page. The modder has apparently dropped hints that Spider-Man Remastered could be next on their virtual reality agenda, so stay tuned to hear more on that.