Years of progress made in global Aids fight set back by Covid pandemic, UN report says 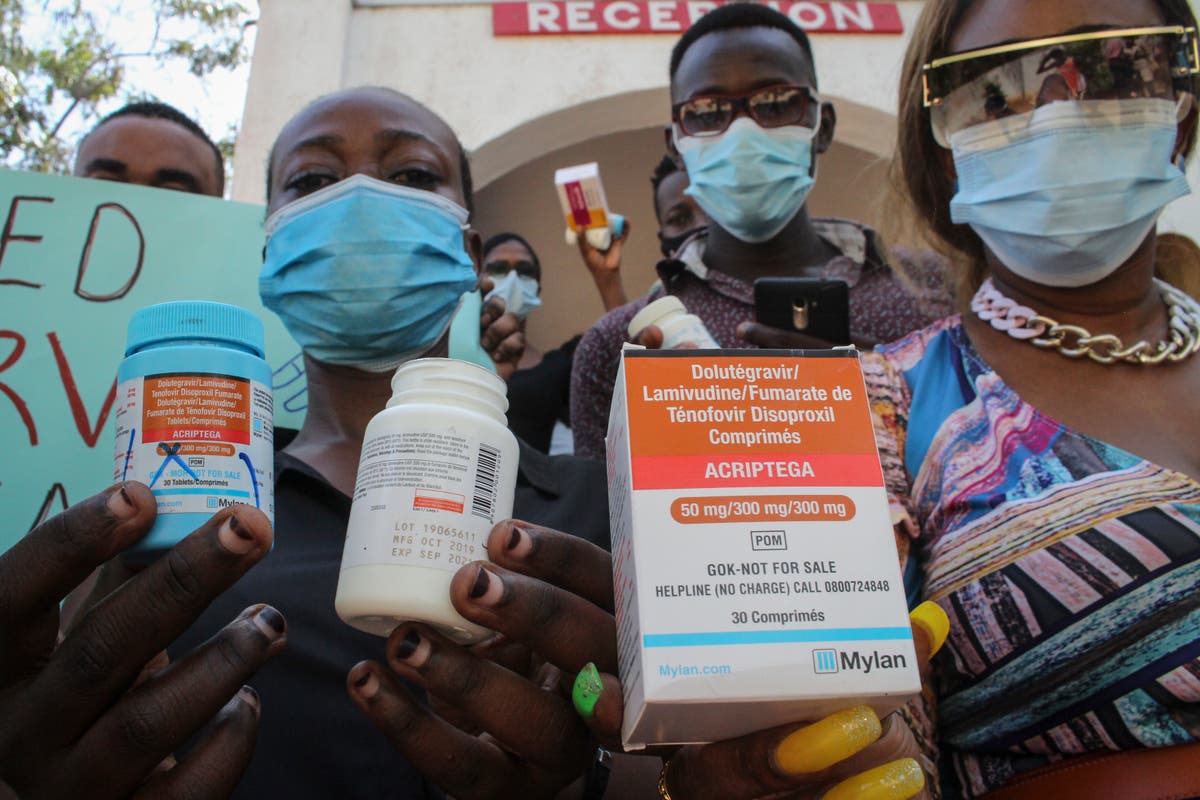 Years of progress made in the prevention and treatment of Acquired Immunodeficiency Syndrome (Aids) has faltered worldwide, warns a new United Nations report that found that the past year saw the smallest annual decline in new HIV infections since 2016.

The new UN report titled “In Danger”, published on Wednesday, revealed that new HIV infections dropped by only 3.6 per cent between 2020 and 2021.

“In 2021, there were 1.5 million new HIV infections and 650,000 Aids-related deaths. This translates to 4,000 new HIV infections every day,” Mary Mahy, Epidemiology Team Lead, Joint United Nations Programme on HIV/Aids, said in a statement.

“That’s 4,000 people who will need to be tested, started on treatment, avoid infecting their partners, and stay on treatment for the rest of their lives. It also translates to 1,800 deaths every day due to Aids, or one death every minute,” Dr Mahy added.

The report cautioned that new HIV infections are now rising where they had been falling – in the world’s most populous regions, including Asia and the Pacific.

It noted that the rapid progress seen in east and southern Africa in previous years significantly slowed in 2021.

The report warned that if the current trends continue, there could be 1.2 million people newly infected with HIV in 2025 – three times more than the UN’s goal of keeping annual infections below 370,000 by that year.

UN noted that “marked inequalities” within and between countries have stalled progress in the HIV response, with the disease itself further widening vulnerabilities.

Young women and teenage girls remain particularly exposed, the report warned, with a new infection occurring every two minutes in 2021 among this demographic.

“The gendered HIV impact, particularly in Africa, has become clearer than ever during Covid, with millions of girls out of school, spikes in teenage pregnancies and gender-based violence, disruption to key HIV treatment and prevention services,” UNAIDS said in a statement.

Teenage girls and young women are three times as likely to acquire HIV as boys and young men, it noted.

Voluntary male circumcisions – found to reduce infection in men by 60 per cent – have also slowed in the past two years, it said.

While the number of people accessing pre-exposure prophylaxis (PrEP) – one of the most promising preventive interventions – doubled between 2020 and 2021 mainly in Southern Africa – the report points out that this is still far from the target set by UNAIDS of 10 million people receiving PrEP by 2025.

Development assistance for HIV from countries, except the US, has reportedly plummeted by 57 per cent over the last decade.

The new report comes as the International Aids Conference begins this week in Montreal, Canada, where some hopeful science is also reported.

Researchers announced on Wednesday that a fourth person, and the oldest yet at 66 years old, has been “cured” of HIV after he was diagnosed with the infection in 1988.

The patient, named the “City of Hope” after the centre in California where he was treated, is reportedly in remission from the virus for over 17 months after stopping antiretroviral therapy (ART) for the disease following a stem cell transplant from an unrelated donor for acute leukemia.

Scientists hope these cases of people successfully recovering from the infection could eventually lead to better care for more people.

“It is still possible for leaders to get the response back on track to end Aids by 2030. Ending Aids will cost much less money than not ending Aids. Importantly, actions needed to end Aids will also better prepare the world to protect itself against the threats of future pandemics,” UNAIDS executive director Winnie Byanyima said.