The Yakuza series has largely focused around two uniquely Japanese characters: Kiryu Kazuma and the lively city of Kamurocho. For nearly two decades, players have stepped into his leather shoes and hit the streets, saving the town from all manner of gang invasion and stopping all-out yakuza wars on more than one occasion. However, there always comes a time when one must stop playing the hero and pass the mantle on to someone else to take up the charge. In Yakuza: Like a Dragon, the hero’s journey is about to begin as Ichiban Kasuga, a Chaotic Neutral ex-yakuza whose delusions of being a hero are only matched by his love for video gaming and pro wrestling.

Ichiban is the gamer inside all of us. Even after his short 18-year stint in the slammer (which is sadly extended by beating a little too much ass, sorry Arakawa-san!), he never loses his childish sense of wonder for the digital medium. If anything being cooped up and away from the modern technologies only helped to intensify his chuunibyou-level delusions. The party members that Ichiban surrounds himself with reinforce those delusions and even go so far as to all make believe together that the drunken businessmen and rowdy street punks they’re fighting in the alleys of Yokohama are true JRPG villains. 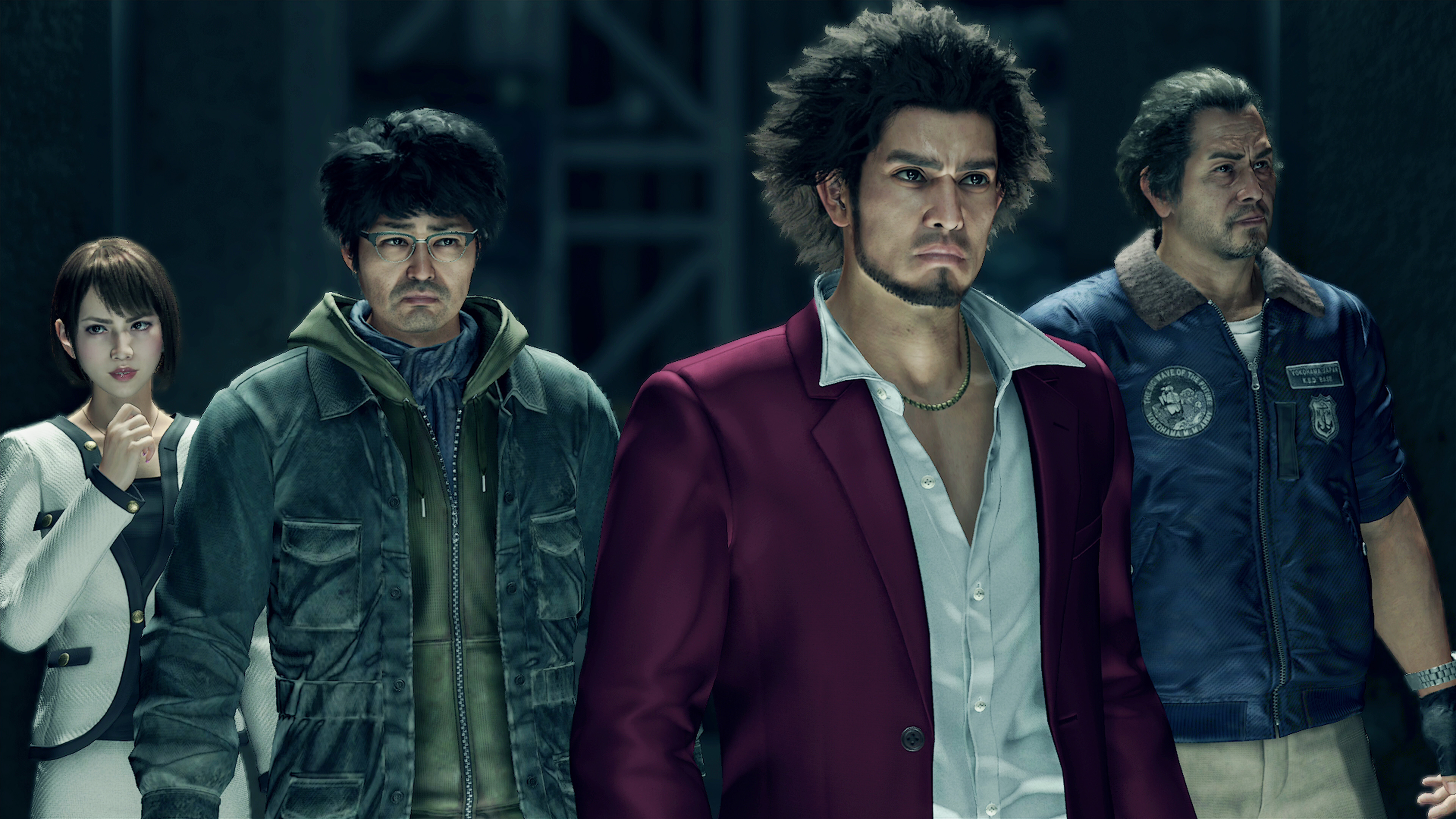 Yakuza: Like a Dragon is one of my favorite entries in the long-running JRPG franchise if only for the camaraderie between Ichiban and his fellow party members. While Kiryu would have his moments, usually as the oblivious lawful good archetype, Ichiban delves more into a neutral persona, going along with the flow and approaching problems his own way. With party members that are on the save wavelength as the crimson=suit wearing hero, they all can have a good laugh at the challenges that come their way. The banter between Ichiban and party show a group that might have completely different ideologies and ideals but are all working together for one common goal: beating some ass.

Ichiban’s band of rogues and deviants all have their own goals for teaming up with him on his journey to seek out answers about his former yakuza clan and each have their own distinct personalities in the story. None of the characters that willingly go along with Ichiban on his journey are your bland archetypes but I’ll leave the specifics up to those that want to dive in the story with fresh eyes. 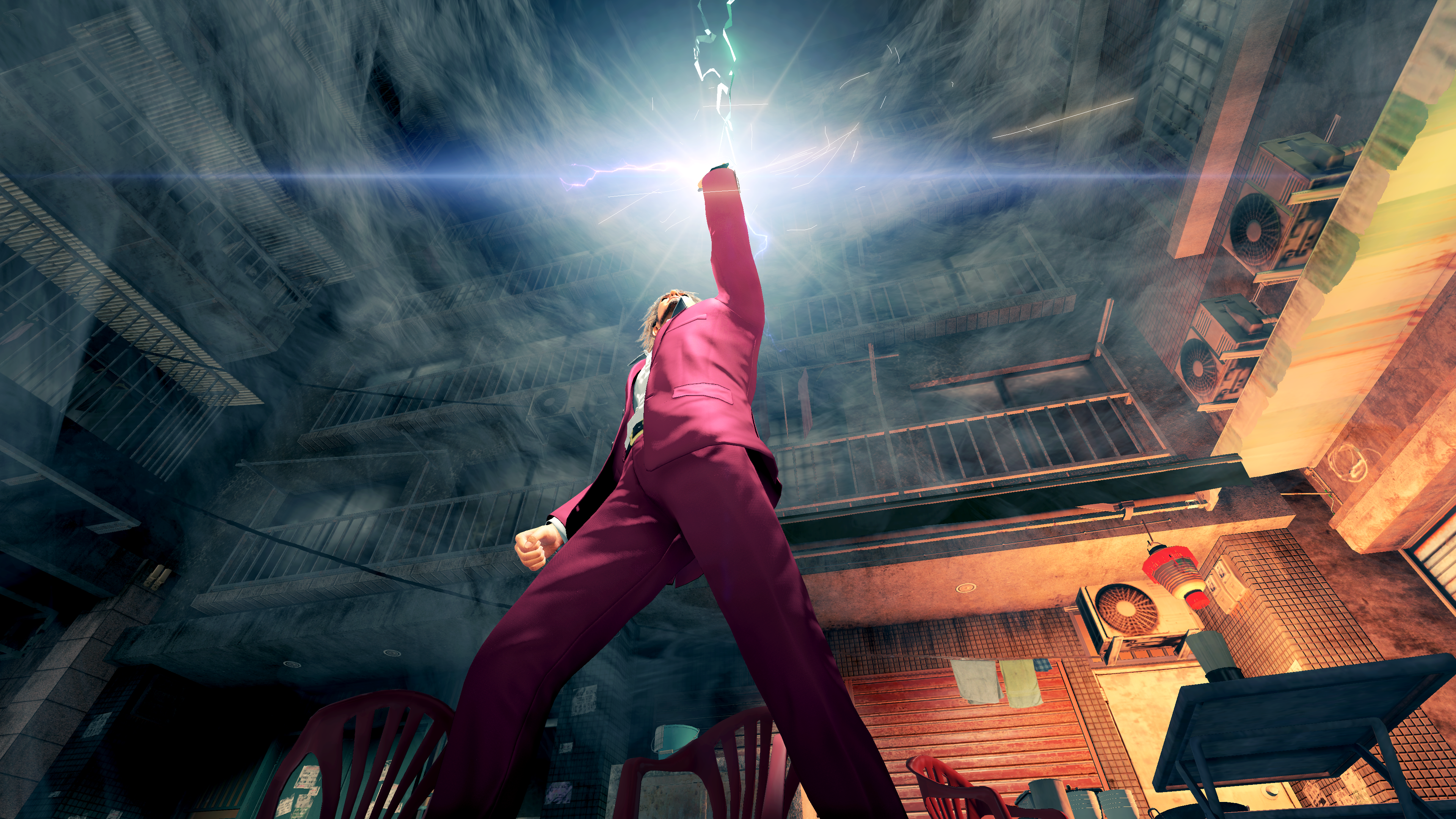 While Ichiban can be like a dragon(fish) and a hero in his party, that doesn’t mean that he’s limited to just one job. By visiting the local Hello Work temp agency in Yokohama, he and his party are free to change up their jobs and classes at will. Some of these roles require some real-life experience and levels before they’re unlocked, but the deeper into the adventure you go, more opportunities soon arise.

When it comes time to scrap with the local hooligans and gangsters of Yokohama, Ichiban will have to wait his turn. For the first time in the series, Yakuza: Like a Dragon steps away from the active ass-beatings and switches to the same turn-based style of combat that you’d see in a proper Dragon Quest. Each time a character’s turn comes up, you can choose to attack, defend, use items, or use one of the skills that’s unique to that character or job class. In keeping up with the Yakuza traditions, these skills are insanely over-the-top and would surely kill a lesser man if you attempted to use one on them. As a street musician, you could hurl your latest single at enemies; as a cabaret girl, offer a champagne shower and deal a few hundred points of damage. These skills are all unique takes on the usual JRPG tropes and experimenting to find the best combination of classes among your party offers a unique challenge that’s significantly more tactical than just swapping between Kiryu’s different styles of ass-beating. Yokohama is a far more laidback city than the everlasting nightlife of Kamurocho, the all-too-familiar stomping grounds from Kiryu’s numerous adventures. That doesn’t mean that Ichiban and party won’t have any shortage of diversions to discover and master during this RPG adventure. If anything, Yakuza 7 might have the most minigames in the series to date. You have the usual arcade offerings of Virtua Fighter, Out Run, Fantasy Zone and others but the new diversions are some of the best in the series. I enjoyed the drone racing and pocket slotcar racing from previous entries but Dragon Karts takes it to a whole new level. If taking to the streets like an Italian handyman and blasting other go-karts as you race to victory sounds like your kind of vacation, Yokohama’s certainly the place to go.

The other major side activity that’s unique to Yakuza: Like a Dragon is an expansion of the real estate tycoon activity from Kiryu’s very first outing in the 80’s. By investing and helping out with a family’s rice cracker business, Ichiban can grow the confectionery into a global conglomerate through wise investments, recruiting a team of managers to oversee the business, and even bring a chicken onboard to keep morale up. If you thought the Cabaret Club was your favorite part of Yakuza 0, expect to spend another good 5-10 hours building up the raw business power of Ichiban Holdings. 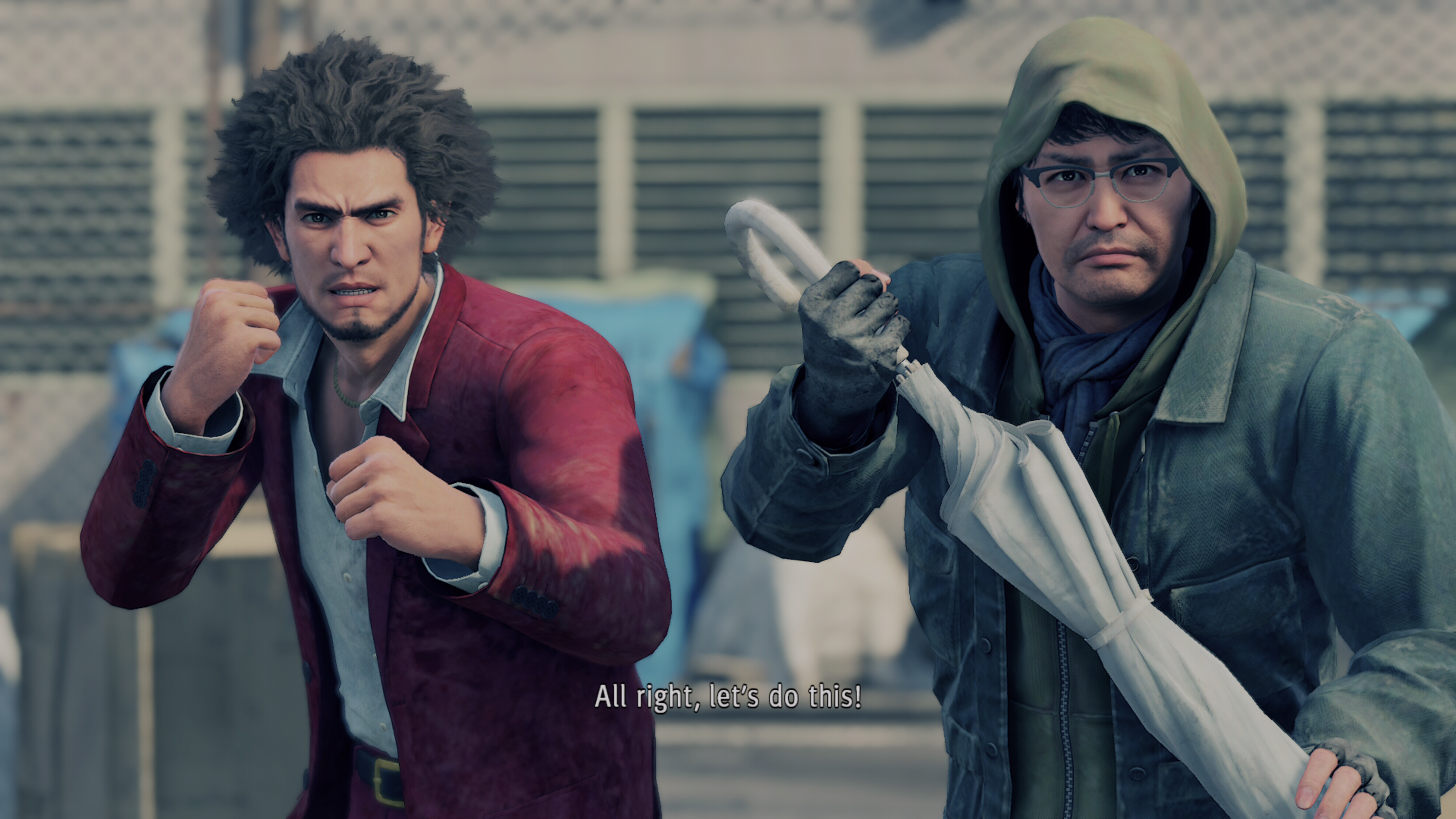 Sega’s localization team continues to do amazing work with their translations of the Yakuza series and Like a Dragon is no exception. Many of the cultural and historical references are still integral to the story but the localization team has managed to keep the story relevant to Western audiences along with keeping the banter as lighthearted and true to the Japanese version as possible. Each of Ichiban’s party members has their own sarcastic take on the darker side of Yokohama and hearing these characters go back and forth in light-hearted jabs about Nanba’s cardbaord furnishings or other character’s experience with seedy establishments is a joy to listen in on. The more these characters interact with one another, the more you get a feel for how dysfunctional yet memorable this eccentric band of heroes can be.

Yakuza: Like a Dragon is a fantastic starting point for newcomers to the series and will be a welcome addition to anyone looking for an RPG fix on the newer consoles. The change-up from active fighting to a turn-based brawler might discourage longtime fans from jumping into this one, but this dragon’s quest is a fun change of pace from the usual hustle and bustle of Kamurocho.

The mean streets of Yokohama offer the opportunity for a new cast, a new suit, and a new hero. Ichiban Kasuga might not be the role model in the same way that Kiryu-chan was, but this dragon’s quest might be the most fun Yakuza title to date!