Y: The Last Man – How Yorick Survives the Plague in Comics 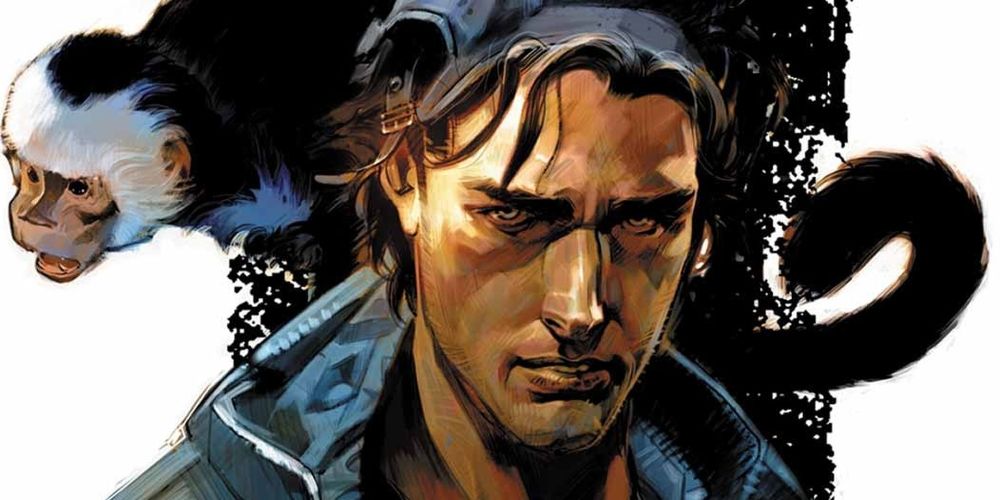 Y: The Last Man is a story that sees protagonist Yorick Brown survive a deadly plague, and the reasoning behind it is as wild as it is disgusting.

Set in a world where a plague has ravaged the Earth and killed anything with a Y chromosome, DC Comics’ Vertigo imprint series Y: The Last Man sees protagonist Yorick Brown and his pet monkey Ampersand inexplicably survive an apocalyptic event that can’t be explained. But how exactly did Yorick and his furry friend walk away from a tragedy that left just three males left alive in the entire world? Well, the reasoning isn’t exactly something that readers could have ever suspected considering that it’s all thanks to monkey poo.

Written by Brian K. Vaughn and drawn by Pia Guerra, Y: The Last Man is a harrowing tale of Yorick Brown’s experiences as one of the last remaining males on the planet. Accompanied by his male monkey, a lab animal that accidentally finds himself in Yorick’s somewhat capable hands at the start of the series, both characters have inexplicably survived an event that has utterly shattered the world’s economy and infrastructure in the blink of an eye. With the remaining female population barely holding together after the collapse, the reason for the decimation of all men, as well as the explanation for Yorick and Ampersand’s survival, remained mysteries for quite some time.

But as revealed throughout Y: The Last Man’s sixty issue run, Yorick and his buddy were able to wriggle out of death’s grip all thanks to one disgusting thing: Ampersand’s feces. That’s right, literal monkey poop saved Yorick from certain death, but when analyzed sans the grossness of it all, it actually isn’t as weird a revelation as it seems. Working to raise him as a helper animal for people with severe disabilities, Yorick took care of Ampersand, meaning he had to clean up after him should he forget how to use the bathroom. Coming into contact with Ampersand’s excrement, Yorick was given resistance to the plague, the reasoning being that Ampersand is a genetic mutation of sorts as he was experimented on by a big player in Y: The Last Man’s story named Dr. M.

But being elbow deep in monkey dung isn’t the only reason given as to why Yorick is still alive when so many men like him aren’t. Running with the in-continuity theory that an ancient curse had caused the plague after an artifact is removed from its rightful place in the nation of Jordan, it’s insinuated more than once that Yorick’s wedding ring, bought for his fiancé before the apocalypse, was mystical in nature, warding off this “curse” and keeping both him and Ampersand safe. And although this explanation has neither been confirmed in any way nor fully regarded as the “real” reason for Y: The Last man‘s plague, the idea is still an intriguing one.

So while it’s hard to imagine that the handling of Ampersand’s monkey droppings is the big reason Yorick didn’t expire along with the rest of the world’s male population, it makes a lot of sense in hindsight after the initial shock of the reveal wears off. Yorick Brown’s survival might have ultimately been born out of dumb luck, but Y: The Last Man makes that most out of something that could have really stunk up the series if handled incorrectly.

Next: Y: The Last Man Highlights The Fall Of Mankind

Marvel’s NEW Galactus Is Even Scarier Than The Original

Brian is first and foremost a nerd in every way shape and form. He likes to compare himself to a black hole, consuming any and every form of entertainment unlucky enough to get caught in his gravitational pull. It’s not uncommon on any given day for him to read a couple comics, settle down with a good book, watch a few movies (inside and out of the theater), catch up on his ever growing but never depleting streaming queue, challenge himself with a few good video games, and of course, write his heart out. He spends every waking moment dreaming up interesting and intriguing concepts and ideas that will hopefully one day inspire and entertain anyone looking for an escape from their daily lives. Graduating from Full Sail University in good old humid Florida, Brian currently lives and works in New York City and lives for the day when all he has to do is wake up and create something unique and new for people to enjoy.

The Boys Season 3 Wraps Up Filming

Another Life Season 2 Trailer Highlights the Mystery of the Achaia

Android 12’s Coolest Feature Will Be a Pixel…