In an interview with Wccftech, Quantic Dream CEO David Cage pointed out that one of the biggest hardware advantages for the Xbox Series S and X consoles over the competition (chiefly, Sony’s PS5) could be in their shader cores, reportedly more suitable for Machine Learning tasks thanks to hardware extensions allowing for up to 49 TOPS for 8-bit integer operations and 97 TOPS for 4-bit integer operations.

That’s why our ears perked up when we’ve read the following comment from Andrew Goossen, Xbox Technical Fellow, in a new interview with Digital Foundry.

Warframe Is Getting a New Rendering Engine; RTX and DLSS Teased

It’s an area of very active research for us, but I don’t really have anything more to say at this point.

It seems like software engineers are still very much busy making it happen, though it’ll probably take a while yet.

Microsoft has actually been working on a ‘super-resolution’ AI upscaling technique based on DirectML for quite some time. This was first revealed in a GDC 2018 paper aptly titled ‘Using AI to accelerate your game’, and then showcased in a SIGGRAPH 2018 live talk named ‘Deep Learning for Real-Time Rendering: Accelerating GPU Inferencing with DirectML and DirectX 12’.

In both cases, Forza Horizon 3 was used as the test game to compare DirectML super-resolution against regular upscaling through the bilinear filter. Here’s a screenshot they had shared at the time to compare the two. 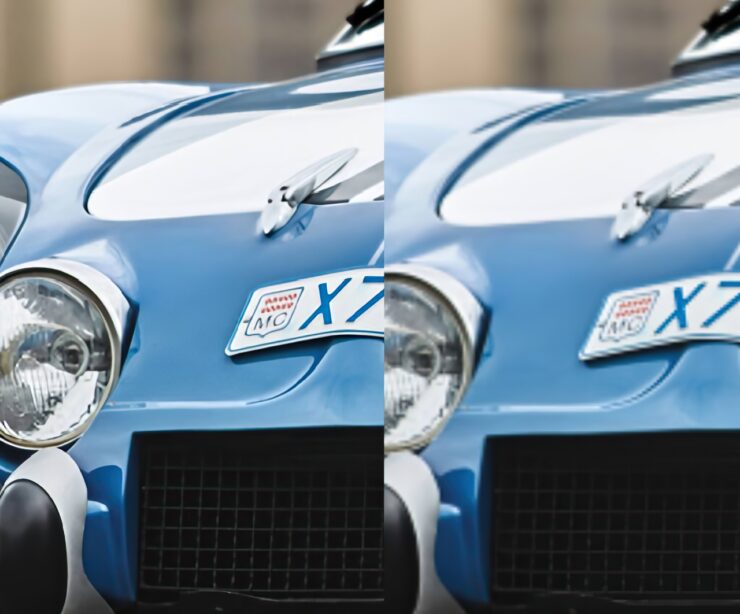 DirectML to the left, bilinear upscaling to the right.

Interestingly, both the paper and the talk were made in partnership with NVIDIA, taking advantage of the hardware Tensor cores of an NVIDIA Titan V GPU based on Volta architecture. However, right now Microsoft is rather obviously focused on partnering with AMD, having RDNA 2 hardware in the Xbox Series consoles. After all, even the old generation Radeon VII graphics card performed excellently in DirectML according to AMD. The company is hard at work on an alternative to NVIDIA’s Deep Learning Super-Sampling and just yesterday, Executive VP Rick Bergman stated its solution (meant to be open and cross-platform) will be called FSR, or FidelityFX Super Resolution.

We should know more about it in 2021, and it’s likely this will be available on Xbox Series consoles as well through DirectML. Until then, stay tuned!