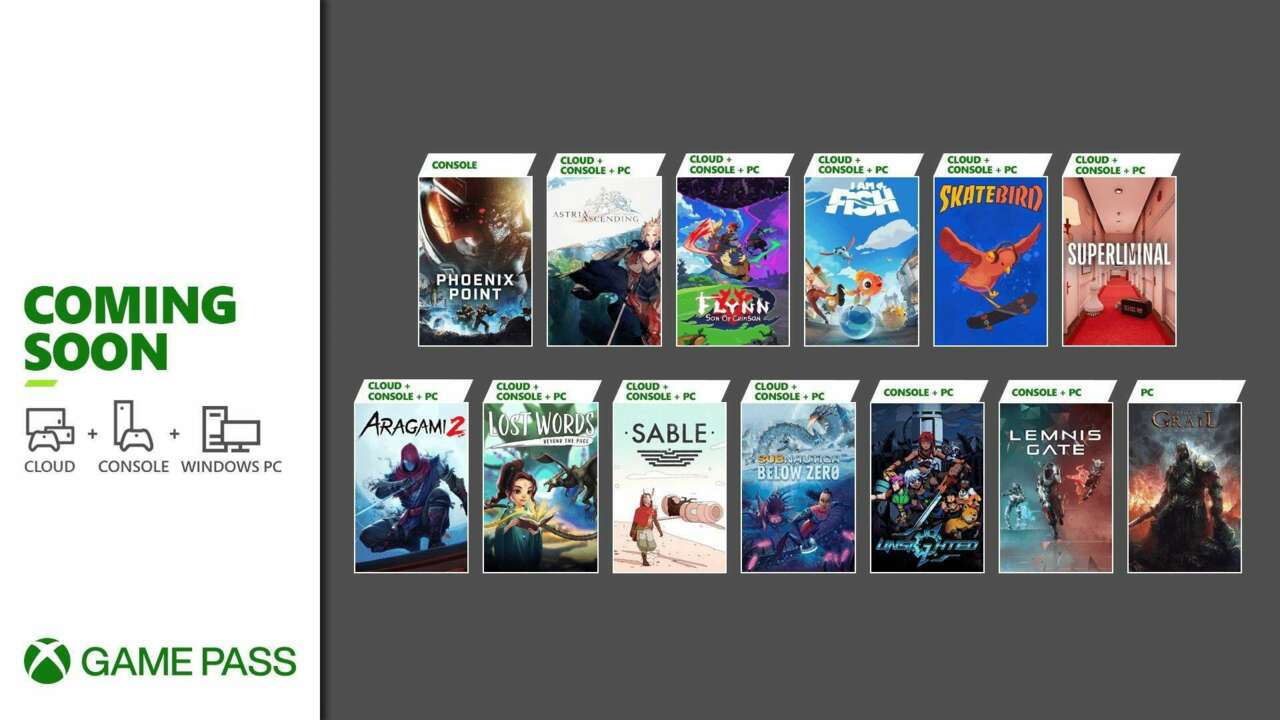 Microsoft has announced the next wave of Xbox Game Pass titles headed to the subscription service throughout September, and there are lots of games coming. The company also ran through the titles leaving the service and revealed more games that now support touch controls for streaming over the cloud.

Of the 13 games announced for Game Pass, eight of them are launching day-and-date in the library. The games launching on day one into Game Pass include the 2D action platformer Flynn: Son of Crimson (September 15), the wacky and wonderful-looking I Am Fish (September 16), and the extreme sports game featuring a bird, SkateBird (September 16).

This is the second wave of Xbox Game Pass titles coming to the library this month. The first batch included Final Fantasy XIII, Surgeon Simulator 2, and The Artful Escape, among others. Here is the full list of September’s Game Pass titles so far.

And in terms of Xbox Game Pass titles leaving the program, five are on the way out on September 31. These include Warhammer Vermintide II, Kathy Rain, Night in the Woods, Ikenfell, and Drake Hollow. Members can purchase these for 20% off before they go away.

Apple Online Store Is Down Ahead of iPhone 13 Event Today

Halo Infinite’s Next Flight Open to All Xbox Insiders, 343 Working on Easier Steam…

Halo Infinite’s Next Flight Open to All Xbox…

Valuable crab populations are in a ‘very…