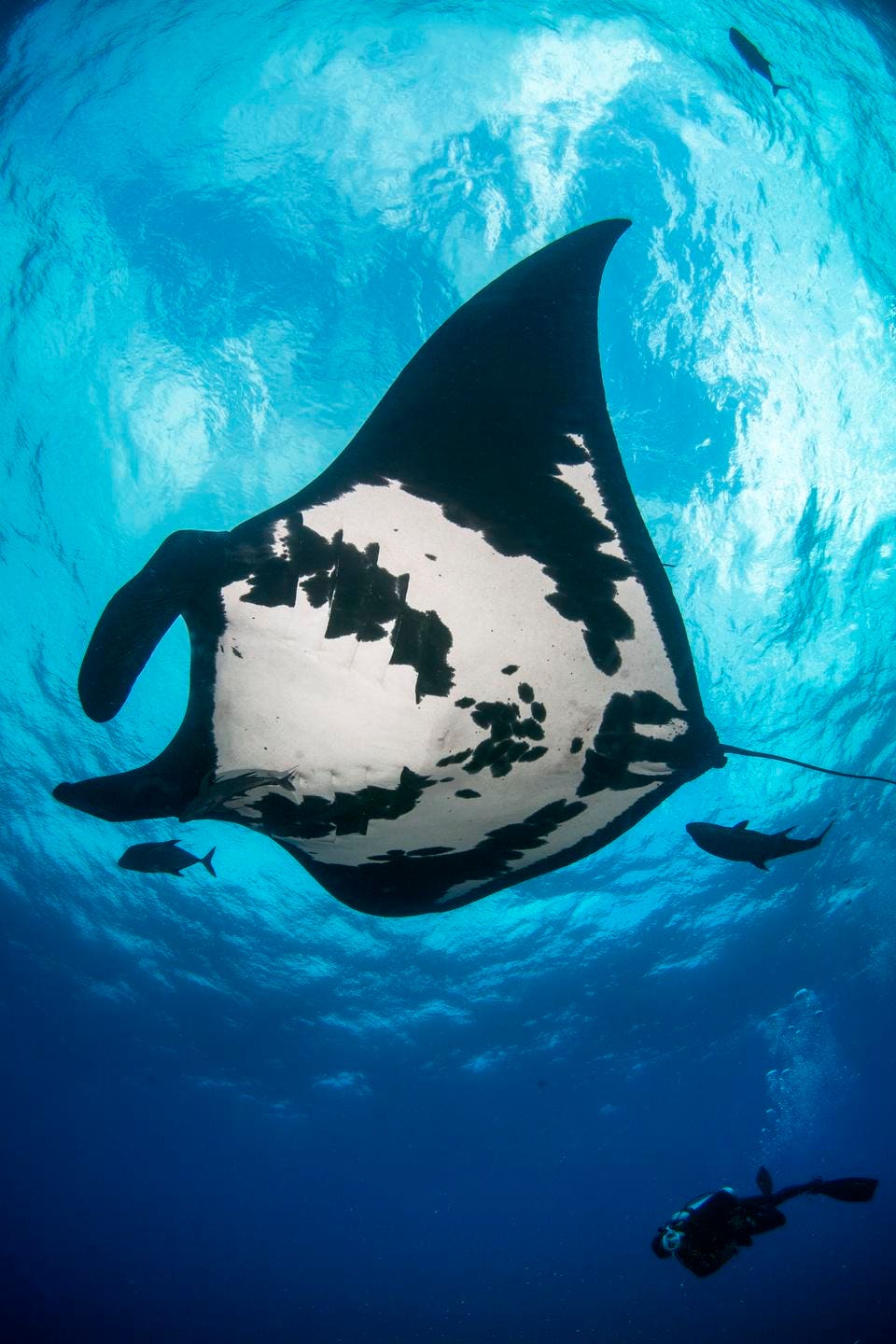 Highly intelligent and highly threatened, these sea creatures are named for their unique appearance (‘manta’ means blanket or cloak in Spanish). Found in tropical, subtropical, and temperate oceans worldwide, manta rays are filter feeders that feast on the large amounts of zooplankton and other small animals. The largest ray species in the world, all mantas are targeted for the gill plates which they use to filter plankton out of the water. Back in 2015, Defenders of the Wild said that “one pound of manta ray gill plates being worth more than $300, and a mature giant manta ray can yield up to 15 pounds of dried gill plates.” The cost most likely has gone up since then, especially as global fish stocks become depleted, forcing fishers to not only target them not only for their gill plates, but other body parts as well.

With over 2,800 individuals identified during the 14-year study period, the news is promising to the research team. Focused on describing the size and composition of this population, the scientists set out to learn about their feeding ecology and movement patterns here. None of the team members, including Giles Winstanley, who managed the database during their time in Ecuador, expected at the outset that this would become the largest identified population on record in the world. “It gives us a ray of hope for a species which is now globally endangered with extinction,” gushed MMF principal scientist Dr. Andrea Marshall in a press release. “As other giant oceanic manta ray populations worldwide dwindle, it is encouraging to see the sheer numbers in this region.”

The results were promising – but also alarming. Over 500 of these mantas sported scars, mainly from nets or fishing line entanglement – highlighting a significant threat from fishing in the region. “I was shocked to see how prevalent entanglements were in the region. Every year we would spend dive after dive removing fishing lines, hooks, and, worst case, large fishing nets from the mantas. Some of the mantas were so badly entangled with heavily fouled nets that the lines would embed into their skin, making rescue extremely difficult and dangerous,” explained Marshall. “There were times I would find myself hooked and entangled myself as I tried to rescue the mantas, and I constantly worried about getting pulled into the depths once connected to the mantas and the lines.” Marshall went on to describe how many of the mantas patiently cooperated, remaining calm, and barely swimming the whole time divers tried to free them. In fact, some entangled mantas would swim directly to the team, as if to solicit assistance!

The high incidence of entanglements in this region reiterating fishing as a significant threat to this species. While giant oceanic mantas have been protected in Ecuador since 2010, the team hopes this latest research highlights the need to do more. Thankfully, expansions and better protection of their critical habitats are currently underway. Says Marshall: “Our team works on manta rays across the globe, but we have a special place in our heart for the Ecuadorian population. We feel incredibly privileged to have helped spearhead manta research in the region and then play a pivotal role in their conservation. Having an impact like this and feeling like you can make a difference is why we got into this line of work. I will always be grateful for the time I spent in Ecuador.”

Denial of responsibility! TechCodex is an automatic aggregator of the all world’s media. In each content, the hyperlink to the primary source is specified. All trademarks belong to their rightful owners, all materials to their authors. If you are the owner of the content and do not want us to publish your materials, please contact us by email – [email protected]. The content will be deleted within 24 hours.
Andrea MarshallEcuadorgiant oceanic manta raysmanta raysManta TrustmantasMarine Megafauna FoundationMobula birostris
0
Share

How to add and switch profiles on an Amazon Fire tablet

Google One VPN Rolling Out for Desktop Users With New Mac, Windows Apps: All Details