William Shatner Boldy Goes Out in Week One 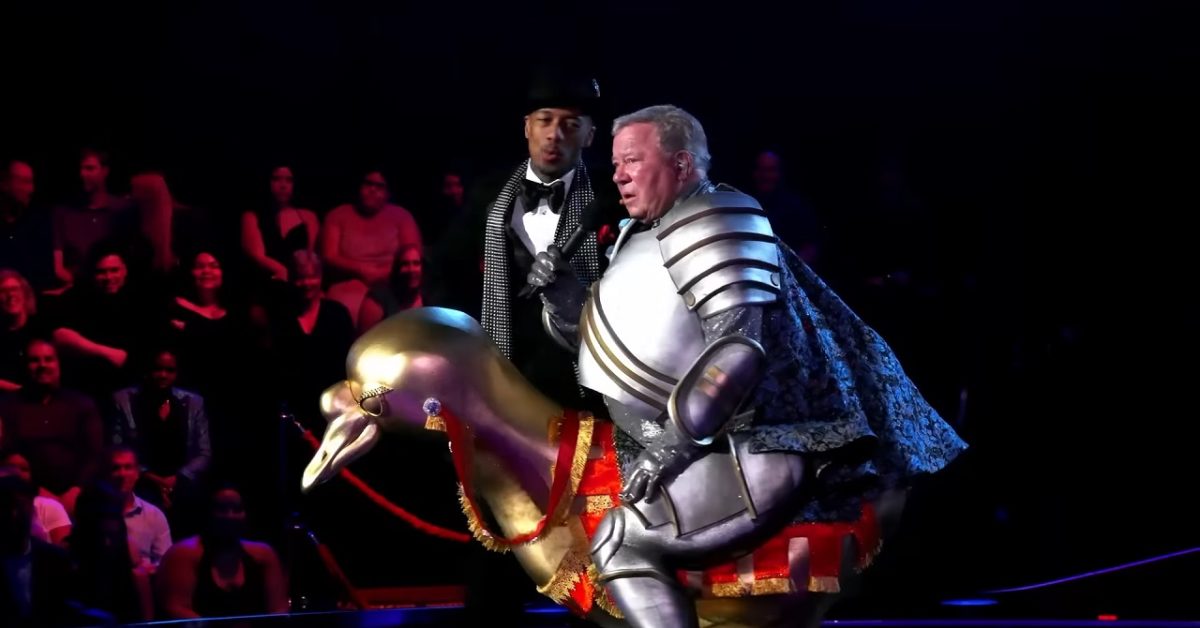 This week saw the kick-off to the eighth season of FOX’s The Masked Singer, which means panelists Robin Thicke, Nicole Scherzinger, Jenny McCarthy-Wahlberg & Ken Jeong, and host Nick Cannon were another round of the masked singing competition series. This season, our masks include Avocado, Beetle, Bride, Fortune Teller, Gopher, Harp, Lambs, Maize, Mermaid, Milkshake, Mummies, Panther, Pi-Rat, Robo Girl, Scarecrow, Sir Bug a Boo, Snowstorm, Venus Fly Trap, Walrus, Hummingbird, Hedgehog, and Knight. And when the dust settled on the season-opener “A Royal Season Premiere,” we had Hedgehog unmasked as “Monty Python” founder Eric Idle and Hummingbird (still to be determined). But the one unmasking we thought “Star Trek” fans would really want to see would be Knight, who turned out to be none other than Captain Kirk’s real-life counterpart, William Shatner.

Here’s a look at “The Shat” doing his official unmasking (and sounding every bit Shatner while doing it), along with a follow-up interview where Shatner discusses his “fascinating experience” being (briefly) on the show:

Before the eighth season began, we had some changes for this season to pass along, courtesy of exclusive reporting from Deadline Hollywood. In addition, we have an update on special guests & theme competitions. Here’s a look at what you need to know:

Wait… Only One Mask Moves on From Each Episode? Yup! The studio audience gets to vote for their favorite, and the singer with the least votes has to unmask mid-show. That unmasked celebrity gets to sit front-row in the Masked Singer VIP section to view the rest of the competition as well as the second unmasking (which means they’ll get to see who they were competing against at the same time the audience, panelists & host do).

So You Say You Want A… Battle Royale?!? Those top two singers who made the cut, they’ll end up facing off in a “Battle Royale” where they each perform the same song. When the dust settles, the winner is crowned “King or Queen of The Masked Singer” and then moves on to the next episode to take on new competition… while the other who didn’t move on unmasks. The three finalists after each round will then move on to compete in the semi-finals.

Composting, but futuristic: The Lomi