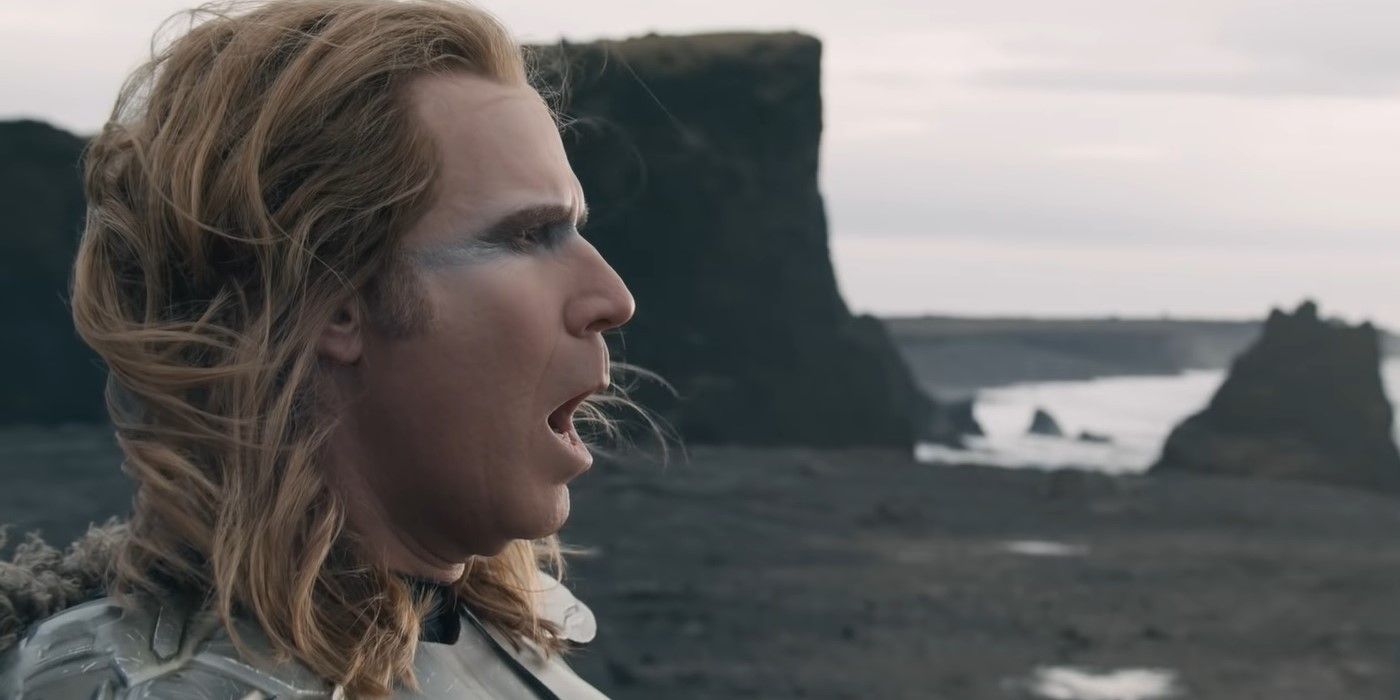 Ryan Reynolds and Will Ferrell got their practice in early for their Christmas musical Spirited. While on set, Reynolds filmed a duet with Ferrell to the tune of Mika‘s “Grace Kelly” as part of a viral TikTok challenge and it’s actually quite good.

While still dressed for rehearsal, Reynolds breaks out into song, showing off his musical prowess by covering all of the low parts of the song. Then, Ferrell brings in the pipes, surprising both Reynolds, and the audience, with his beautiful falsetto voice. Reynolds’ reaction to Ferrell hijacking the performance in hilarious fashion is priceless on its own, but then they finish off strong together before nearly breaking down in laughter to close out the duet. They may have been late to the “Grace Kelly” trend, but they certainly killed it. As of writing, the video has over 7.7 million views on Instagram.

The pair are working together on Spirited, a modern musical reimagining of the Charles Dickens classic A Christmas Carol featuring Reynolds as a version of the notoriously stingy, grumpy Ebenezer Scrooge and Ferrell as the Ghost of Christmas Present. Even in this new interpretation, Present tries desperately to make Scrooge into a kinder person, which means Reynolds and Ferrell will have plenty of opportunities to harmonize throughout the film.

Earlier this year, Collider broke the news of the musical’s production under Apple including that Octavia Spencer would be joining the project and that it would be helmed by Daddy’s Home directors Sean Anders and John Morris. Expect to hear Spencer’s singing voice in the film as Scrooge’s co-worker who works with Present to make Scrooge see the error of his ways. The film is set to release on Apple TV+.

We don’t have a release date yet for their upcoming Christmas musical yet, so we’ll have to stay glued to Reynolds’ TikTok and Instagram in hopes of hearing the two actors harmonize in the meantime. Check out the video below to see this duo of beloved stars duet to their heart’s content.

‘Malignant’ Is a Great Practical Joke, But Is It a Good Movie?

The movie seems designed from the ground up to trick James Wan’s fanbase specifically.

How Do You Pronounce Taika Waititi’s Name?

What Elden Ring’s Story Could Borrow From Game of Thrones

How Do You Pronounce Gal Gadot’s Name?

Helen Mirren finds a side door into Harry Potter…

How Do You Pronounce Taika Waititi’s Name?