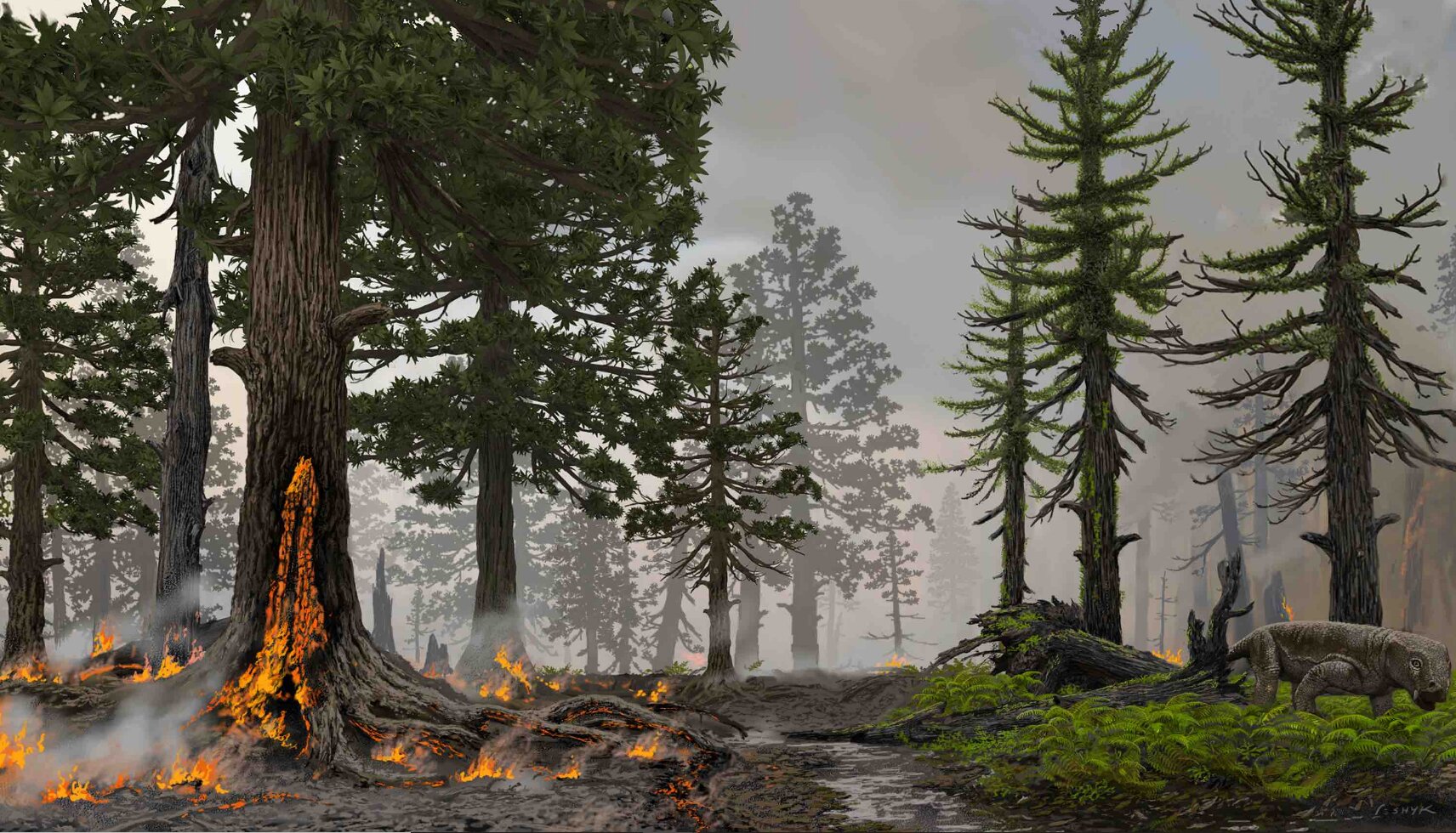 Researchers at University College Cork (UCC) and the Swedish Museum of Natural History examined the end-Permian mass extinction (252 million years ago) that eliminated almost every species on Earth, with entire ecosystems collapsing. The researchers discovered a sharp spike in wildfire activity from this most devastating of mass extinctions. Promoted by rapid greenhouse gas emissions from volcanoes, extreme warming and drying led to wildfires across vast regions that were previously permanently wet. Instead of capturing carbon from the atmosphere, these wetlands became major sources of atmospheric carbon, enhancing the sharp warming trend. The research is published in PALAIOS today.

By studying fossil plant and charcoal records of the Sydney & Bowen basins in eastern Australia and Antarctica (Lambert Graben), the researchers discovered that the wetlands were regularly disturbed by fires leading up to the extinction event. In response, the plants had evolved a range of fire-coping mechanisms. However, the severe climate change and peak in fire activity during the extinction event seems to have pushed even these fire-adapted plants over a tipping point, from which the entire ecosystem could not recover for millions of years.

“Sifting through the fossil plant records of eastern Australia and Antarctica, we found high abundances of burnt, or charcoalified, plants throughout the late Permian Period. From this high baseline, charcoal abundances reached a prominent peak right at the top of the last Permian coal beds, indicating a major but short-lived increase in wildfires. This was followed by low charcoal for the next three million years of the Early Triassic Period. It was an end-Permian burnout, followed by an Early Triassic depression” comments Dr. Chris Mays, Lecturer in Paleontology at University College Cork (UCC) and lead author of the study.

Earth on a path to a similar mass extinction?

The researchers highlight that in today’s world, wildfires have caused shocking mass animal die-offs in several regions around the world (e.g. California 2018, 2020, Australia 2019-20). Over the same time, our warming global climate has led to prolonged droughts and increased wildfires in typically wet habitats, such as the peat forests of Indonesia and the vast Pantanal wetlands of South America. These major ‘carbon sinks’―regions of natural capture of carbon from the atmosphere―are crucial in our fight against climate change. As the fossil record reveals, without these regions of carbon capture, the world can stay intolerably warm for hundreds of millennia.

“The potential for wildfires as a direct extinction driver during hyperthermal events, rather than a symptom of climatic changes deserves further examination. Unlike the species that suffered the mass extinctions of the past, we have the opportunity to prevent the burning of the world’s carbon sinks and help avoid the worst effects of modern warming” comments Dr. Mays.

Most people hide minor purchases from partner, and…