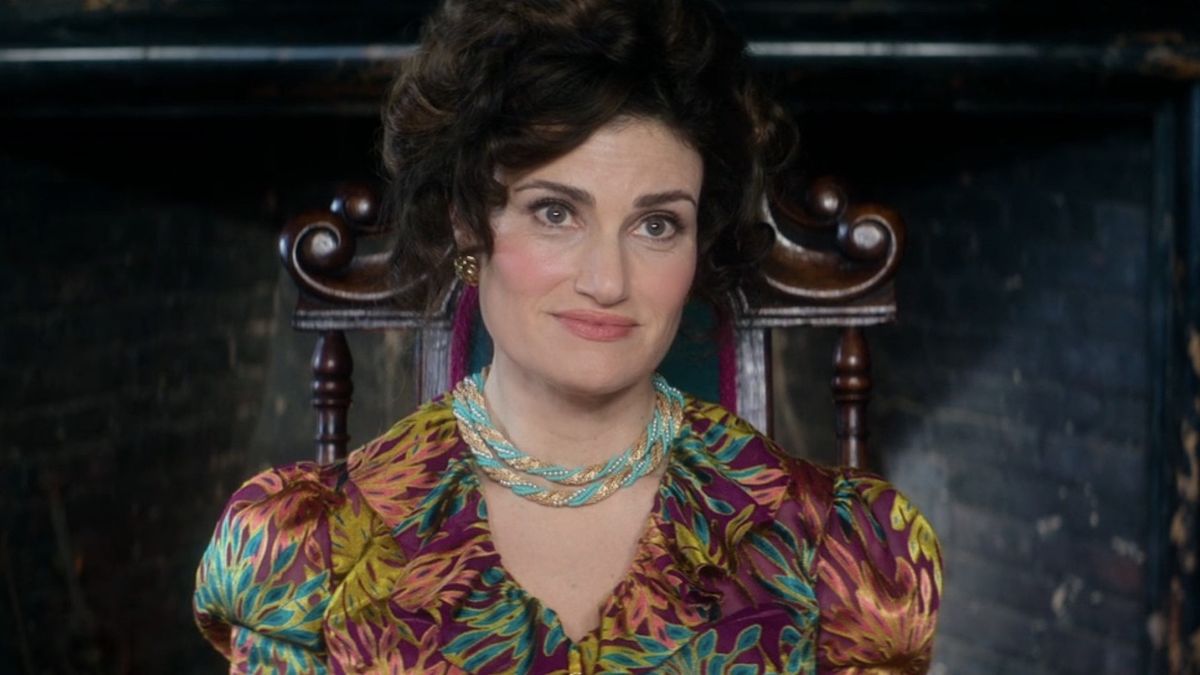 One of the most memorable roles Idina Menzel played on the Broadway stage was as Elphaba in Wicked. She’s otherwise known as the green-skinned Wicked Witch of the West who became unlikely friends with Glinda before the events of The Wizard of Oz. With Wicked getting the film-adaptation treatment, the movie musical has cast its two leads. But, one of those leads will not be the actress who brought the role to life. Idina Menzel shares her “honest truth” about how it feels to not relive the Tony-winning role of Elphaba for the Wicked movie.

When Idina Menzel was asked in a Broadway.com interview posted on Instagram if she was excited about the new Wicked movie, she responded that she’s proud of the two new leads, but a little down about her aging preventing her from playing the role again.

There was a time when Idina Menzel felt very strongly about reprising her iconic role as Elphaba and feeling she was “still relevant” to play the role. However, it looks like Ariana Grande will be in the movie adaptation, but not playing Elphaba as Menzel originally thought. The “Thank You, Next” singer will be Glinda the Good Witch while Widows Cynthia Erivo will be Elphaba. After the news was reported, Menzel gave her own touching reaction by congratulating the two leads and hoping the roles will change their lives for the better as they did her.

Idina Menzel continued to emphasize in her interview what her memorable role as the Wicked Witch of the West meant to her.

As heartbreaking as it may be to have to let go of the role that touched the hearts of many people, it is probably in the best interest of the movie for that to happen. After all, it’ll be 16 years since the last time Idina Menzel played college-aged Elphaba and she might not want to end up like Dear Evan Hansen‘s Ben Platt who received jabs for being a 27-year-old man playing a 17-year-old. All she can do is follow her Frozen character’s strong advice and “Let it Go.”

The Wicked movie musical has been going through a number of setbacks left and right. One major setback was that Billy Elliot’s Stephen Daldry will no longer be directing this two-part musical project as he was not comfortable with Universal’s development and pacing of it. Crazy Rich Asians director Jon M. Chu will be taking over as director. Another setback was that filming would begin this month instead of March with filming being in the United Kingdom instead of the United States. Despite all of the frustrating pitfalls the Wicked movie musical has gone through, you can still expect to see the upcoming new release of Wicked on Christmas 2024 and 2025.