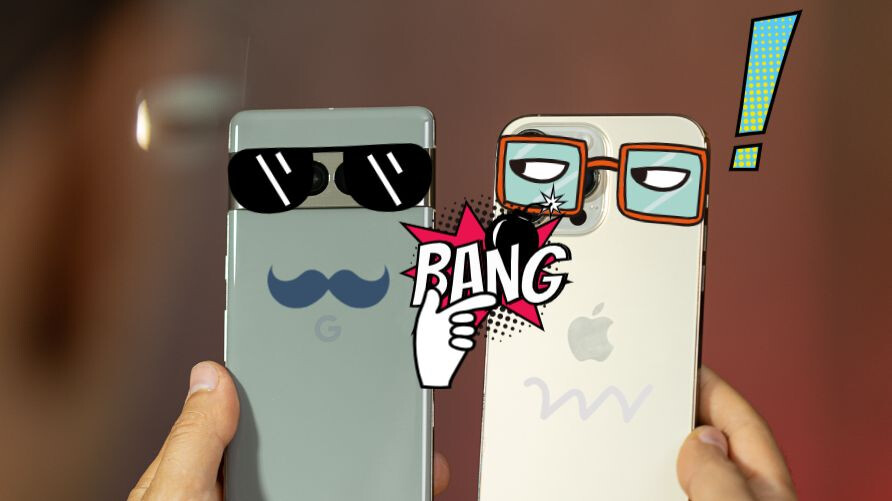 0
Share
In the year 2022 the iPhone lineup died for me. It’s a sad and tragic story of what it could’ve been, as I always felt enticed to switch to the bitten apple permanently. But that desire is no more.

And I will go out on a limb here and say that it really doesn’t matter whether you buy an iPhone 12, 13, or 14 – not only do these look the same but they do more or less the same things as well. And before you throw that Dynamic Island in my face, let me introduce you to the Pixel family and show you what real innovation is all about.

Innovation to add new skills to your repertoire, to allow you to do new things you weren’t able to before, and innovation that brings you new perspectives.You may also find interesting:

Why do all smartphones look the same?

A blessing and a curse

All of the above probably sounds a bit opinionated (and to some degree it is) but bear with me. iPhones have one key aspect that is both great and really annoying at the same time. They offer great continuity, so to speak, and users switching from several generations back feel at home when buying the latest and greatest – there’s little to no learning curve.

One of the BIG new (old) features in iOS 16 – battery percentage in the status bar… Hallelujah!

This applies both to hardware and software and here comes the “curse” part – it takes forever to add new features, some of us are still waiting to get back Touch ID in any shape or form, and widgets took forever to arrive on iOS. It took Apple several years to allow users delete preinstalled apps, and to make Siri work with third-party applications as well.

The same applies to notifications, translation features and instead of making something groundbreaking, Apple has been focusing on design improvements, animations, 3D emojis, and finally – Dynamic Island. Meanwhile, the Pixels are getting closer and closer to the personal communicator of the future, and to be more specific here’s why.

Photo Unblur beats Dynamic Island any day of the week

What would you rather have – a fancy animation around your selfie camera or better photos? With just a few taps you can turn your old or blurry photos into decent shots. The unblur uses the power of AI and you can control the effect with a simple slider.

What’s even better is that this tool works with photos taken with any camera on any phone. I would buy a Pixel just to fix my old photos dating way back to 2004 alone. Yes, there are third-party options, and with a little effort you probably can get a similar effect on any phone but that’s not the point.

I would buy a Pixel just to fix my old photos

Photo Unblur is just the latest example (Magic Eraser also comes to mind), there are other useful tools baked right into the core of the Pixel 7 (and other Pixels for that matter), and even though other brands might have similar things, Google’s implementation is usually the best one (remember the Pixel 3 and its software camera magics?).

Live translation and transcription is out of this world

I was simply amazed by how good these features are on the Pixels. I’ve tried them on an Android device enrolled in the Beta program but they do work better on Google hardware. You can use Live Translate to transform Japanese gibberish to something you would understand practically in real time and inside your ear (with a pair of Pixel Buds).

The Pixel 7 also can automatically transcribe audio messages for you, straight on the device without the need to send data to servers and get back the transcribed result. You can dictate to Siri and transcribe messages on iOS but the end result is far from perfect. Which leads us to the next point.

Google Assistant beats Siri with one hand tied behind its back

Google Assistant is miles ahead of Siri when it comes to integration with third party applications and devices – there are thousands of smart home gadgets that work with Assistant, and only a handful that would make business with Siri.

But it she… really?

And when it comes to search queries, Assistant beats Siri every time – it’s Google’s forte after all. You can check the Annual IQ test that Loup Ventures performs on all virtual assistants and see for yourself. You can even ask Assistant to call and make an appointment for you – now that’s what I call “assisting.”

What’s even more important is that Google Assistant will only get better – the open nature of Android and all the third-party developers working on connecting their own software and hardware gadgets to Google’s helpful mastermind can only make it smarter.

We all know how keen Apple is when it comes to security and protecting its users. That’s a strong point, despite all naysayers and skeptics bashing the company for serving the NSA and other government agencies.

When the company introduced Private Relay with iOS15 people praised it for adding an additional layer of security but failed to account for the fact that it’s not a VPN service. Private Relay is not a system-wide security feature and mostly works with Safari, alongside a small subset of apps.

Private Relay is NOT a real VPN

Google VPN on the other hand is a legit full-blown VPN service (Virtual Private Network) that works with your device and not only encrypts your IP and data but also uses something called traffic obfuscation – basically making encrypted traffic look more like normal one. This is far better for overcoming things like geolocation blocking and other restrictive measures.

Of course, the service is still offline and should arrive on the new Pixels sometime in December, and we have to test it in detail to see if it holds up to all its promises but chances are it will.

Private Relay traffic on the other hand is easily identifiable, and can be blocked if needed (Apple itself provides the necessary information and instructions to schools, businesses, and other entities of how to prepare their networks for Private Relay, and effectively identify the traffic).

But what about all the bugs?

This needs to be addressed – for sure. Sometimes Pixels seem like half-baked alpha prototypes, and when you’ve just coughed up several hundreds of dollars this is the last thing you’re looking for. iOS on the other hand is extremely polished and bugs are very, very rare.

Come on, now – it doesn’t look that bad!

This is where you have to make a choice – connect to your inner adventurer and explorer, or play it safe. I know it’s a hard thing to ask but so many things are boring and mundane in our daily lives, why add another one?I could live with a bug or two, as long as the overall package keeps me excited and involved. And in a world where a simple animation around the punch hole is considered a groundbreaking feature, I think that leap of faith is more important than ever.