Why the Dutch keep holding to the image of Black Pete 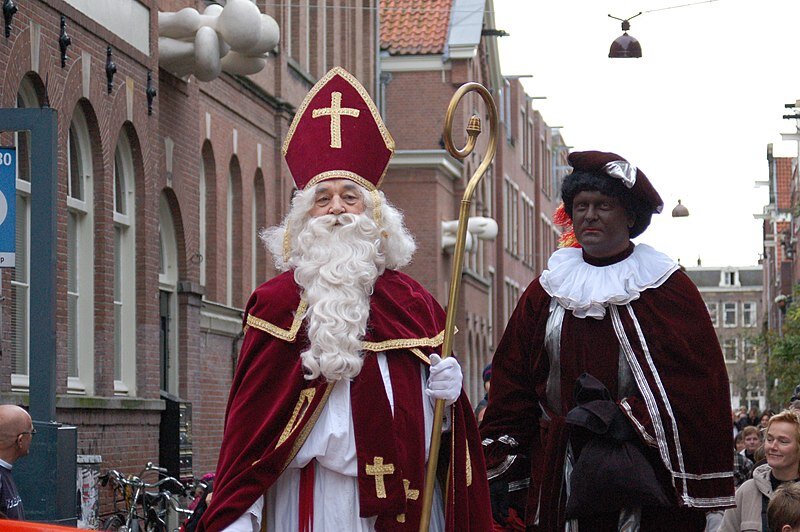 Analogous to Santa Klaus in the West, every December, the saint Sinterklaas brings gifts to the good children in the Netherlands. However, the latter is not assisted by a Christmas elf, but by what appears as a ‘devilish’ helper called Black Pete.

Even though Pete’s face is said to be black due to the soot he picks as he jumps down the chimneys, in the Netherlands, there has been growing concern that the figure is largely racist. Black people in the Netherlands, mainly of Caribbean descent, have often reported being insulted by being called Black Pete.

Apart from the character’s stereotypical looks (e.g., black or brown face paint, red lips, golden hoop earrings, and afro wigs), he also plays a subservient role as Sinterklaas’ helper, whose task is to make sure that the presents are in order and delivered.

As Black people in the country are continuously calling for changes to the image of Black Pete, the ethnic Dutch population remains convinced that the character is an innocent part of the culture and the lore.

Now, researchers the Leiden University, Daudi van Veen, Rosanneke A. G. Emmen and Judi Mesman, report on their study into whether the character constitutes a tradition or social hierarchy that the ethnic Dutch wish to preserve. Their scientific paper was published in the peer-reviewed, open-access scholarly journal Social Psychological Bulletin.

In their study, the researchers used data from an earlier Dutch survey meant to assess attitudes including national identification, self-esteem, preference for social hierarchy, self-stereotypes referring to the Dutch, and feelings for Dutch caricatures.

Interestingly, the research concluded that national identification, but not preference for social dominance, could be significantly associated with positive attitudes towards the Sinterklaas festivities.

However, both national identification and preference for social hierarchy could be correlated with positive attitudes towards Black Pete.

“These findings suggest that among ethnic Dutch people, acceptance of the unequal treatment of minority groups is related to resistance to changing the appearance of Black Pete,” conclude the authors of the present study.

Pokémon Ruby For Nintendo GBA Up For Auction At Heritage Auctions

It was a huge box office bomb, but Disney Plus is resurrecting this fantasy epic