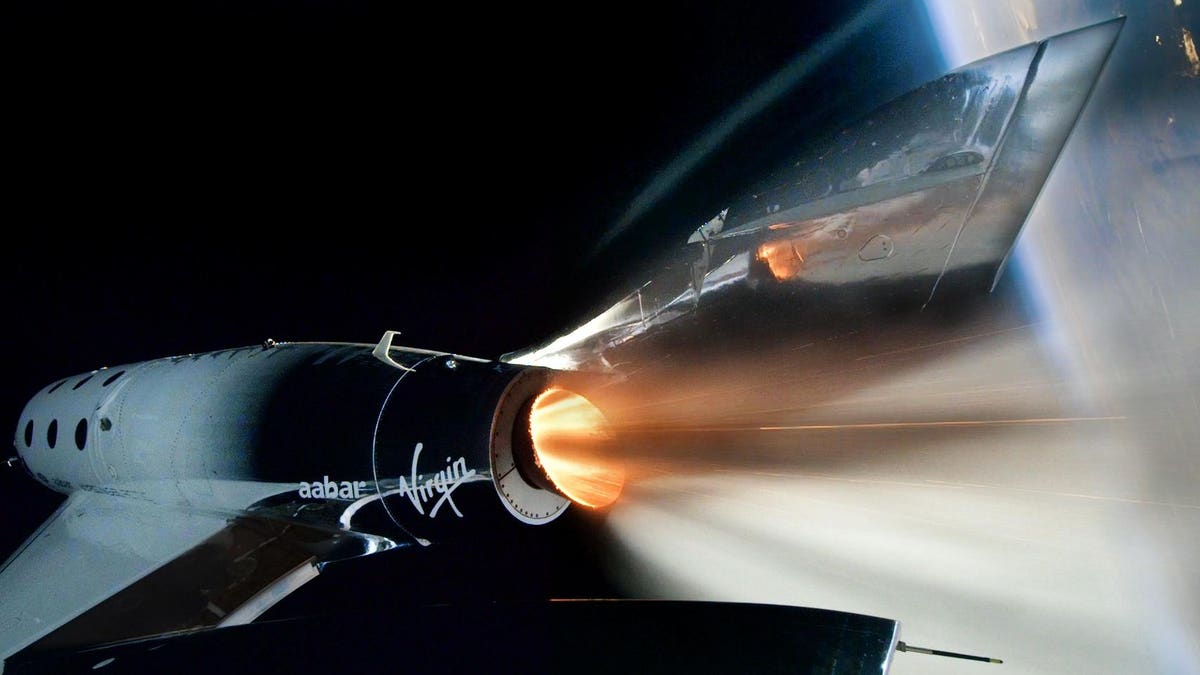 Who will be the first billionaire in space? In the race between Sir Richard Branson and Jeff Bezos, it’s the Virgin Galactic CEO that looks poised to reach space first when he blasts-off on Sunday, July 11, 2021 as “Astronaut 001.” That’s a mere nine days before the Amazon and Blue Origin founder is scheduled to go skywards.

In practice, the embryonic space tourism vehicles they will both ride in have been subject to massive delays over the years, so who actually makes it first is still up in the air.

MORE FROM FORBESThe 19 Days That Will Change Human Spaceflight Forever As Branson, Bezos And Boeing Head For Space This JulyBy Jamie Carter

What we do know is that the two space tourism vehicles—and the journeys they will make to reach space—could not be more different.

Supersonic speeds, a few minutes of weightlessness in space and a view of the curvature of Earth against the blackness of space and desert launches in the American Southwest are things they both offer, but that’s about where the similarities end.

Here’s everything you need to know about the upcoming journeys of Branson and Bezos as the billionaire space race finally gets real:

Virgin Galactic’s concept is to put eight people (including two pilots) in a supersonic jet that air-launches to the edge of space.

It begins with a runway take-off of a piloted mothership called VMS Eve, which carries the VSS Unity supersonic jet.

At 52,000 feet up VSS Unity separates from VMS Eve, which returns to the runway. VSS Unity then burns its hybrid rocket motor to accelerate for about a minute to Mach 3, reaching space at 300,000 feet a few minutes later.

The crew experience a few minutes of unbuckled weightlessness and see the curvature of Earth from space.

With “space tourism” duties finished, VSS Unity rotates its wings and tail booms upwards, and re-enters Earth’s atmosphere followed by an aerodynamically controlled landing back on the runway.

In total the Virgin Galactic experience is set to last about 2.5 hours—drastically different to the Blue Origin experience—though it will “only” reach around 50 miles/80 kilometers, which is the how the FAA and the U.S. military define space.

Blue Origin’s New Shepard suborbital system is more of a traditional way of getting into space—a vertical take-off by a 60ft. rocket from a launchpad.

After launch on Blue Origin’s reusable New Shepherd rocket, a space capsule—which can host six passengers and requires no pilots—separates from the rocket and continues on to space. The rocket then lands back on the launchpad after seven minutes.

The crew capsule will rise above the Kármán Line that separates Earth and space (62 miles/100km up), which is a shade higher than the Virgin Galactic experience reaches. It’s what the Federation Aeronautique Internationale define as the edge of space.

Expect Blue Origin’s publicity to play-up that height difference… though I’m not convinced anyone is going to be convinced that one of these space tourism trips is “better” than the other. They’re both incredible!

Whatever the exact height, after a few minutes of being weightless and able to see Earth from space, the capsule will return to the surface at Mach 5 speeds, then by parachute.

It’s modeled on Alan Shepherd’s historic “first American in space” mission in the Freedom 7 spacecraft on May 5, 1961, hence the name of the rocket.

The only differences between Blue Origin’s space tourism flight and Shepherd’s are the large windows in the capsule and a flight duration of just 11 minutes—slightly shorter than the 15 minutes, 28 seconds it took Shepherd to make history.

A lengthy ride in a supersonic jet-plane or a short glimpse of what it’s like to be an astronaut … so different are the two experiences that if you were able to afford the fee—around $250,000 for Virgin Galactic and probably something similar for Blue Origin (which has yet to announce the price)—they’re not experiences that are easy to choose between.

What will the space tourists of the future do? They’ll want to experience both.

Denial of responsibility! TechCodex is an automatic aggregator of the all world’s media. In each content, the hyperlink to the primary source is specified. All trademarks belong to their rightful owners, all materials to their authors. If you are the owner of the content and do not want us to publish your materials, please contact us by email – [email protected]. The content will be deleted within 24 hours.
Blue Originjeff bezosJeff Bezos spaceNew Shepardrichard branson spaceSpace TourismSpaceX space tourismUnity 22
0
Share

Ubisoft is working on Assassin’s Creed Infinity, a live-service platform

Walmart Announces Next PS5 Restock, But…

Poll: Do you answer calls on your phone?

Developmental origin of the adrenal cortex in…