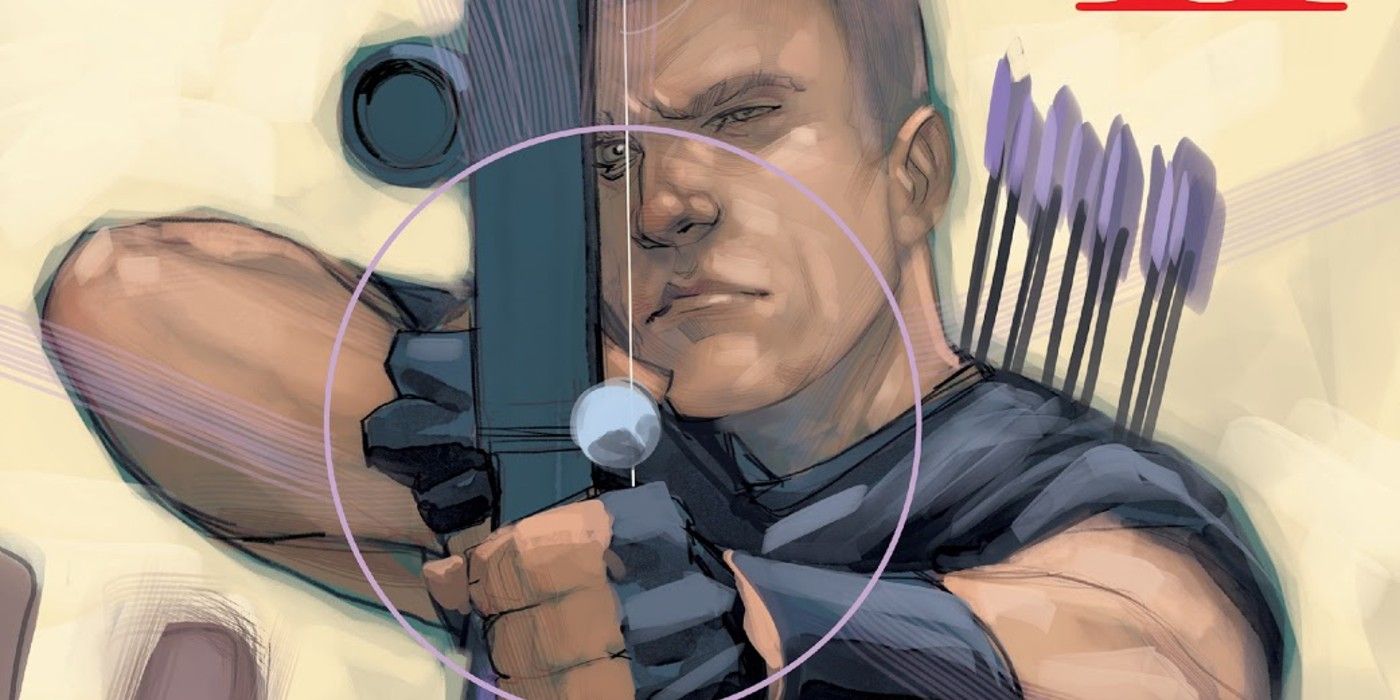 Despite having no noticeable superpowers, Hawkeye has been able to defeat or kill the Hulk in both the main Marvel Universe and the Ultimate Universe.

Out of all the Avengers, Hawkeye has constantly been defeating the Hulk over the years despite being the one with no superpowers. The reformed criminal with impeccable aim and a penchant for bows and arrows was responsible for killing Bruce Banner in Civil War II, preventing a potential future Hulk rampage. It would also appear that this fate is prevalent in other dimensions considering it was the Ultimate version of Hawkeye who shot the Hulk full of an antidote following his destructive rampage against the Chitauri in the Ultimates series.

In Civil War II by Brian Michael Bendis and David Marquez, the Inhuman Ulysses’ ability to predict the future creates a divide in the superhero community with some heroes wanting to use this power while others argue against it. Ulysses’ vision of the Hulk standing over the bodies of slain Avengers provokes a confrontation between Bruce Banner and other assembled Marvel heroes. In The Ultimates by Mark Millar and Bryan Hitch, alternate versions of the Avengers are losing their battle with the alien Chitauri who have accelerated their invasion of this parallel Earth. Hoping to tip the scales in their favor, Nick Fury orders Bruce Banner thrown out of a helicopter to trigger a Hulk transformation. Fury’s gamble is successful as the furious Hulk is easily manipulated to take out his rage on the Chitauri leader and later the Chitauri ships by Captain America and quickly the Ultimates gain the upper hand again.

In Civil War II #3, the tense situation leads to an argument which sees Banner getting upset and likely about to Hulk out. Suddenly an arrow flies forward and kills him, to which the surprised heroes find Hawkeye ready to be taken into custody. During his trial, Clint admits that this was done at Bruce’s request, who had given him a special arrowhead that would kill him. In Ultimates #13, the Hulk shows no sign of slowing down after the Chitauri have been defeated and it is up to Hawkeye to shoot him with an adamantium arrow containing an antidote. Despite his earlier injuries, Hawkeye hits his target but nothing happens except the unstoppable goliath turns and heads in Clint’s direction to rip him apart and possibly eat the pieces too.

One-on-one, Clint Barton is no match for the Hulk regardless of the universe. But it’s because of this fact that he only approaches a confrontation with the Hulk when he has the specific equipment that will give him the necessary advantage. Considering his preferred method of combat and his flexible moral code, this makes Hawkeye very dangerous, especially since he likes to strike without warning. In Civil War II, he was simply fulfilling a promise and in Ultimates, he was taking out the last lingering threat, in both occasions using custom arrows to take down different versions of the Hulk. This also brings to mind Black Panther’s latest confrontation with the Hulk in Immortal Hulk #47. T’Challa faced and nearly defeated one of the most powerful versions of the Hulk with speed, timing and a simple energy dagger. While neither T’Challa nor Clint have a Hulkbuster armor or a magic hammer, their confidence in their abilities makes them dangerous in a way that other Avengers aren’t.

In Civil War II, Hawkeye’s testimony leads to an acquittal of his charges although opinions remain divided about the morality of his decision. In the Ultimates, Hawkeye panics as the Hulk leaps onto his helicopter, only to get jokes from the others present when he ends up with a naked and unconscious Banner on top of him. While some consider him the runt of the Avengers, Hawkeye’s victories against the Hulk prove that he is not to be underestimated and may be one of the more dangerous Avengers assembled.

NEXT: Immortal Hulk Comes To An End With Epic 80-Page Finale

Drew is a reader, writer, artist, and creative professional based in Westchester, New York. He dabbles into cosplay, movie references, comics, and some anime while also being a Ghostbuster. He has a Bachelors in History, a Masters in Publishing and is excited to be working with Screen Rant. Previously his articles have been featured on Comic Book Resources and Iron Age Comics and he’s excited to see what happens next!

Why Do Bad Policies So Often Spread But Good Ones…