Why God Of War Ragnarök Has A New Game Director 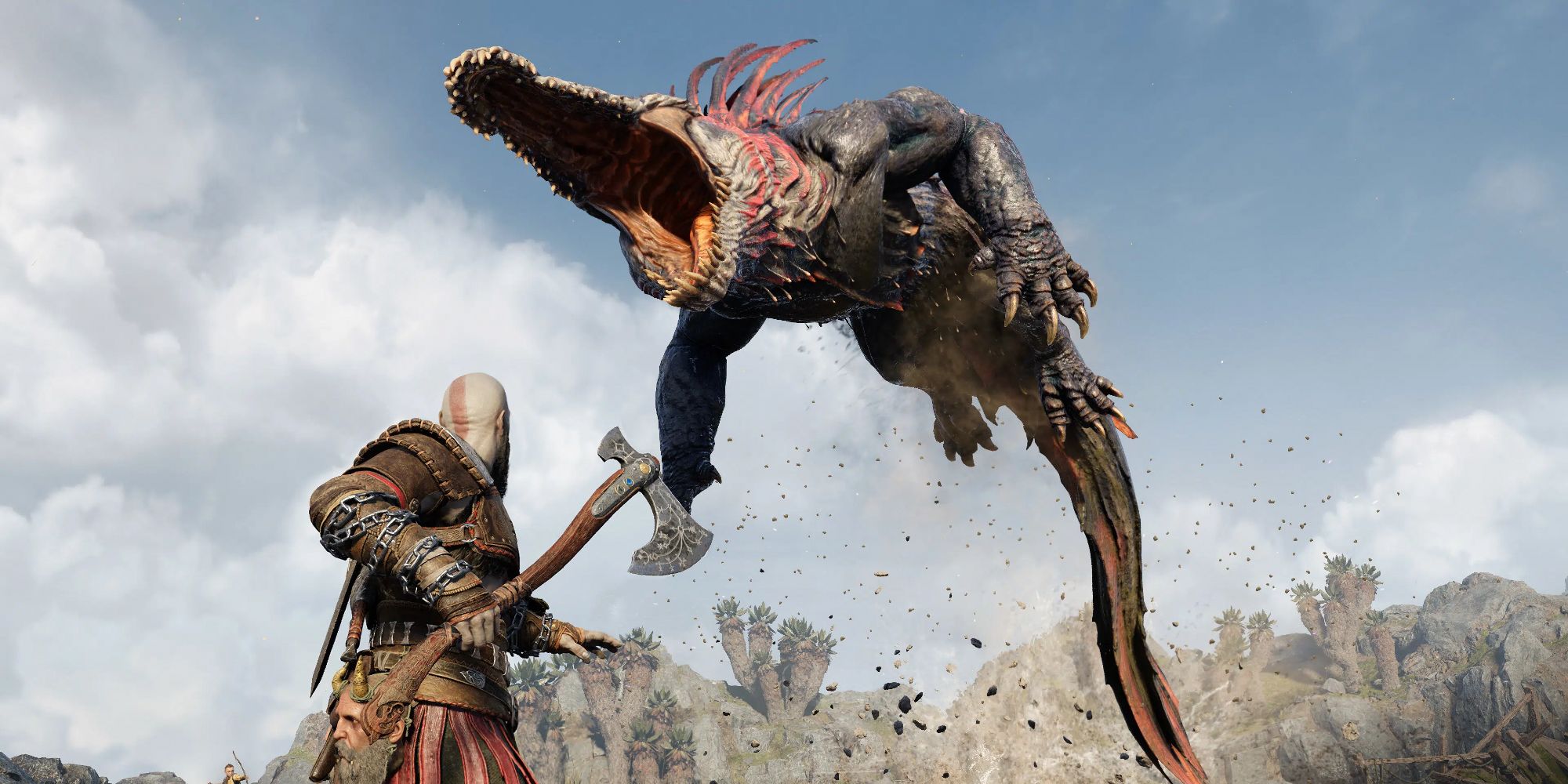 God of War Ragnarök finally received another trailer at the recent PlayStation Showcase, and a following interview revealed a new game director.

After a year-long wait, more than a teaser was finally shown for God of War Ragnarök, the highly anticipated follow-up to the 2018 soft reboot of the beloved PlayStation franchise. The new Ragnarök trailer was part of the recent PlayStation Showcase, and – alongside confirmation of the Ragnarök title – finally brought fans some footage of the gameplay as well as details on the continued narrative of Kratos and his son Atreus. Sony immediately followed its Showcase with a round of developer interviews, which God of War developer Santa Monica Studio participated in.

It was in the interview that Ragnarök was revealed to have a new game director, Eric Williams. Up until then, it was assumed (but never really addressed) that Cory Barlog would be reprising the game director role after his stint in the position for 2018’s God of War. Barlog is still involved in Ragnarök but teased other projects in the production at Santa Monica that he has been working on since Williams took the reins on God of War.

In the PlayStation post-Showcase interview with the Santa Monica devs, Williams addressed a question about the change in game directors by saying the practice is something of a tradition at the studio. No God of War title has had the same director as the previous entry. In fact, Barlog is the only person who has ever directed two, and they weren’t back-to-back. He directed God of War 2 on the PS2 and later left to work on 2013’s Tomb Raider at Crystal Dynamics before returning to Santa Monica Studio to write and direct God of War on PS4.

When interviewer Sid Shuman asked Barlog about what he’s been working on, the ex-God of War director was unable to provide any details. It’s definitely possible he’s already begun looking at the future of God of War beyond Ragnarök, but the pointed questioning makes it seem like something else is in the works at Santa Monica Studio, which would actually be quite surprising. Santa Monica hasn’t developed anything but God of War games internally since 2001, when the developer made a game called Kinetica for the PlayStation 2, but Ragnarök ending the Norse saga leaves room for the studio to explore other options.

Santa Monica Studio has worked in tandem with other developers on numerous different projects, so it could also be possible Barlog is working on something collaboratively that hasn’t been announced yet. The gameplay shift that came to God of War with the soft reboot was impressive for the long-running franchise, so it certainly piques interest as to what else Santa Monica could deliver. For now, though, Santa Monica Studio and its newest game director, Eric Williams, are focused on getting God of War Ragnarök out the door in 2022.

Next: Why God Of War Ragnarök’s Thor Looks Different From His Statue

A passion for video games was instilled at a young age when Kyle Gratton and his older brother were gifted a Nintendo 64 with Ocarina of Time and Mario Kart. Graduating from the University of Kansas as an English and History major, with a minor in Film, Kyle enjoys discussing literature, movies, television, and especially video games. He currently writes features and reviews for Screen Rant’s games section, and dabbles in short fiction occasionally.

The Morning After: Meet the new iPhone 13

Yahya Abdul-Mateen II: What To Watch If You Like The Candyman And DC Movies Actor