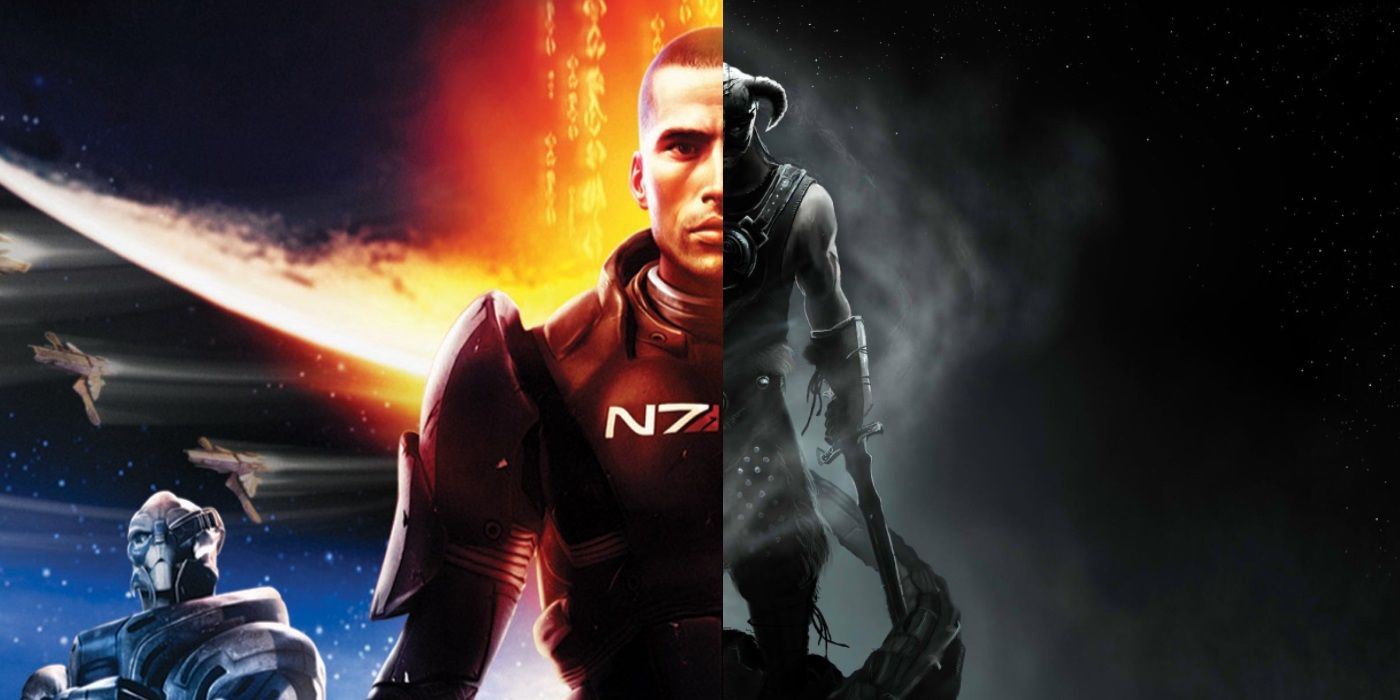 The Bethesda Gear Store Twitter mysteriously promoted a Mass Effect shirt, despite Bethesda not being connected to BioWare’s sci-fi RPG. Here’s why.

BioWare fans were recently left confused when Bethesda, publisher of RPGs like Skyrim and Fallout 4, appeared to be selling a Mass Effect shirt. Despite Bethesda and BioWare’s Mass Effect having no apparent connection to each other, there may be a simple explanation.

On July 14, the official Bethesda Gear Store Twitter account tweeted about a new, Mass Effect-branded shirt. This tweet was deleted, but a second, duplicate tweet later emerged, only to be deleted as well. With Bethesda’s parent company, Microsoft, buying up many developers in recent years, some were suspicious, though much of the theorizing seemed tongue in cheek. Perhaps this was an accidental reveal that Microsoft was acquiring the Electronic Arts-owned BioWare; the Mass Effect games were once Xbox exclusive, after all.

But as it stands, there is no significant connection between Microsoft, Bethesda, and BioWare. Bethesda’s own, upcoming sci-fi RPG, Starfield, is as close as the company has ever come to making a game like Mass Effect. How, then, did the Bethesda Gear Store Twitter even get an image of a Mass Effect shirt, and why would it tweet it out?

What Bethesda & Mass Effect Have In Common

Bethesda is not making anything Mass Effect-related. While the tweet appeared on the account for the Bethesda Gear Store, no such shirt is for sale on the website, and the tweet itself actually linked to the BioWare Gear Store, where the shirt is now available. The Bethesda and BioWare stores are both operated by the same company: Development Plus Inc. The company has made merch for several game publishers, including 2K, Capcom, Ubisoft, EA, and Sony, and it hosts the gear store of Techland, developer of Dying Light.

The DPI website says it can “manage the entire process from concept to delivery” and that it has “In-House Marketing and PR.” This means that the Mass Effect shirt was most likely created by DPI and that both gear store Twitter accounts are operated by DPI. Whoever runs the accounts seems to have simply accidentally tweeted from one when they meant to use the other. Given that both have black-and-white profile icons and are for companies that start with “B,” it’d be an easy mistake to make. An ad for the same shirt with the same text was later tweeted by the BioWare Gear Store account.

This appears to have been a simple mistake made by a third party, rather than any kind of conspiracy or unannounced business deal. Bethesda is not selling any Mass Effect merch, but the shirt is still available for fans to buy via the BioWare store instead.

Rachel is a writer from Texas who specializes in video games, tech, and entertainment. She graduated from UT Austin with an English degree, and one of her first jobs was reviewing video games. When she’s not playing games and writing about them, she’s keeping up with the MCU, reading mystery novels, and attempting to write mysteries of her own.