Why are men in India delaying marriage? 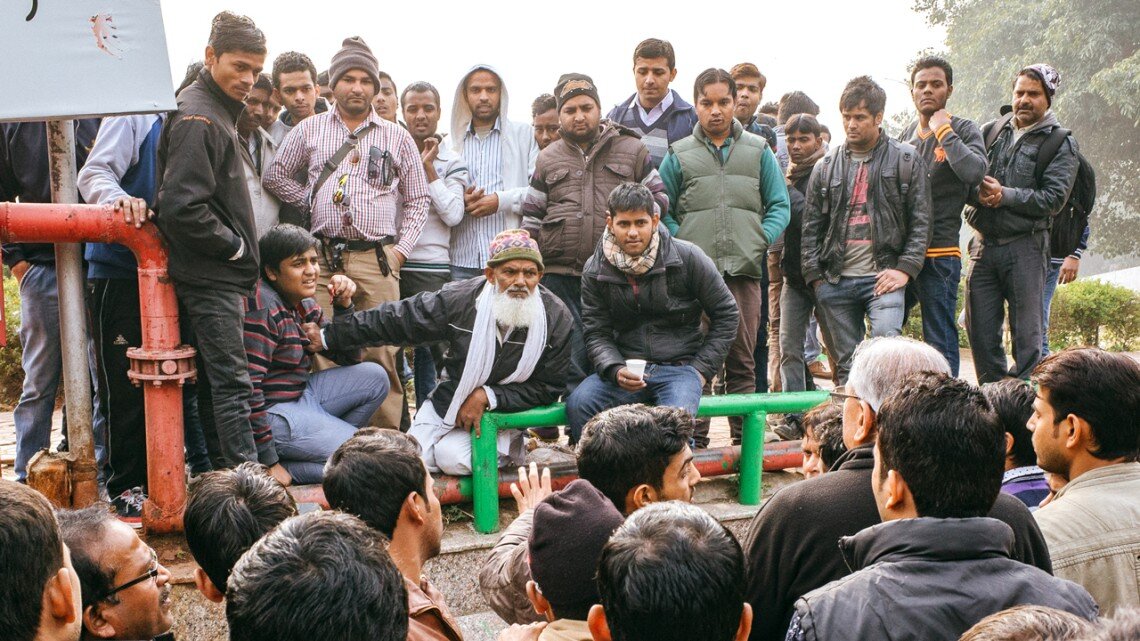 Marriage is highly revered in India, so it’s notable that men are marrying later, said sociologist and demographer Alaka Malwade Basu, and not because they’re choosing to live it up as bachelors before settling down.

“I have been haunted by the sight of groups of young(ish) men hanging around in street corners across the world, but especially in the towns and cities of India, during my frequent trips there,” said Basu, former professor of global development and currently a visiting scholar in sociology in the College of Arts and Sciences.

Basu and co-author Sneha Kumar of the University of Texas, Austin, analyzed data from the Indian National Family Health Survey (NFHS), finding that economic changes including unemployment are forcing adaptations in traditional marriage practices—making men wait longer and sometimes pay to tie the knot—but not enough for a modernizing overhaul to this deeply traditional institution. Their work is published in the November 2022 issue of Population Studies.

Although more unmarried men could stir up political trouble, she said, women may benefit in the long run, becoming more educated if they are marrying later.

Unemployment and delayed marriage are connected in many parts of the world, Basu said, but the connection has special meaning in India, where traditionally, men don’t need money to get married and establish a family.

“A still-popular joint family system means that sons do not have to leave home and establish an independent life upon marriage, and marriage expenses are borne almost entirely by the bride’s family in most parts of the country,” Basu said. “Yet there is this connection between male unemployment and delayed marriage.”

The statistical connection prompted Basu and Kumar to explore trends in the “marriage market” in India—the match or mismatch between available brides and grooms, and gaps in the demand for and supply of each.

Marriage norms in India set the institution up to be a “canary in the coal mine” of Indian society at large, and point out differences from other societies: namely Western and Middle Eastern.

“Even today, marriages in India are largely arranged by families, even though young men and women do increasingly have veto power, and follow rigid customs about marrying within one’s own language, group, religion and caste,” Basu said.

Marriage is also nearly universal in India, Basu said; in NFHS data from 2015-16, only 1% of women aged 35-39 and 2% of men aged 40-44 had never been married. Furthermore, women are expected to marry men of higher socioeconomic status—or in a pinch, equal.

Traditionally, these practices have put pressure on the families of girls, leading to wide-pread sex-selective abortions of females and the “pernicious practice,” as Basu calls it, of dowry, whereby families have to pay a groom to seal the marriage deal.

But the statistical delay in marriage among Indian men alerted Basu to a marriage market possibly tipping against men and toward the advantage of women. To analyze the marriage delay, the researchers split eligible bachelors into three groups: those without much education or decent jobs; those with education but no employment; and those “fortunate enough,” Basu said, “to have a good education as well as a good job.”

Dividing the pool of potential grooms into these groups emphasized the importance of employment for men seeking marriage. It turns out that brides’ families are no longer impressed by education alone; they want a groom to be gainfully employed, as well.

“Some men, the ones without decent or any jobs, especially when they are not very well educated, have a hard time getting married,” Basu said. “And so we have men in this category either paying the families of girls—the practice of ‘bride price’ that exists in some other parts of the world—or else postponing marriage to when they find a job and can be more assertive in the marriage market. This second group makes up the young men one sees registering for more and more educational qualifications and/or loitering on the streets with little to do.”

These findings point to the strength of cultural institutions in India, especially those related to marriage, Basu said: “These cultural institutions are adapting to economic change, but they are not facing any serious overhaul. Unlike in other parts of the world, there is no sign yet of widespread cohabitation or extramarital childbearing, or permanent non-marriage.”

Without jobs that can be lost or wives and children who could suffer, young, unmarried, unemployed men are poised to cause or be recruited to cause social and political trouble, Basu said. On the other hand, she said, “young women getting more educated and marrying later may yet turn out to be the harbingers of the modernization and social change in the country that seems to be otherwise slow in coming.”