Why Amy Halterman’s Housekeeping Skills Are Under Fire 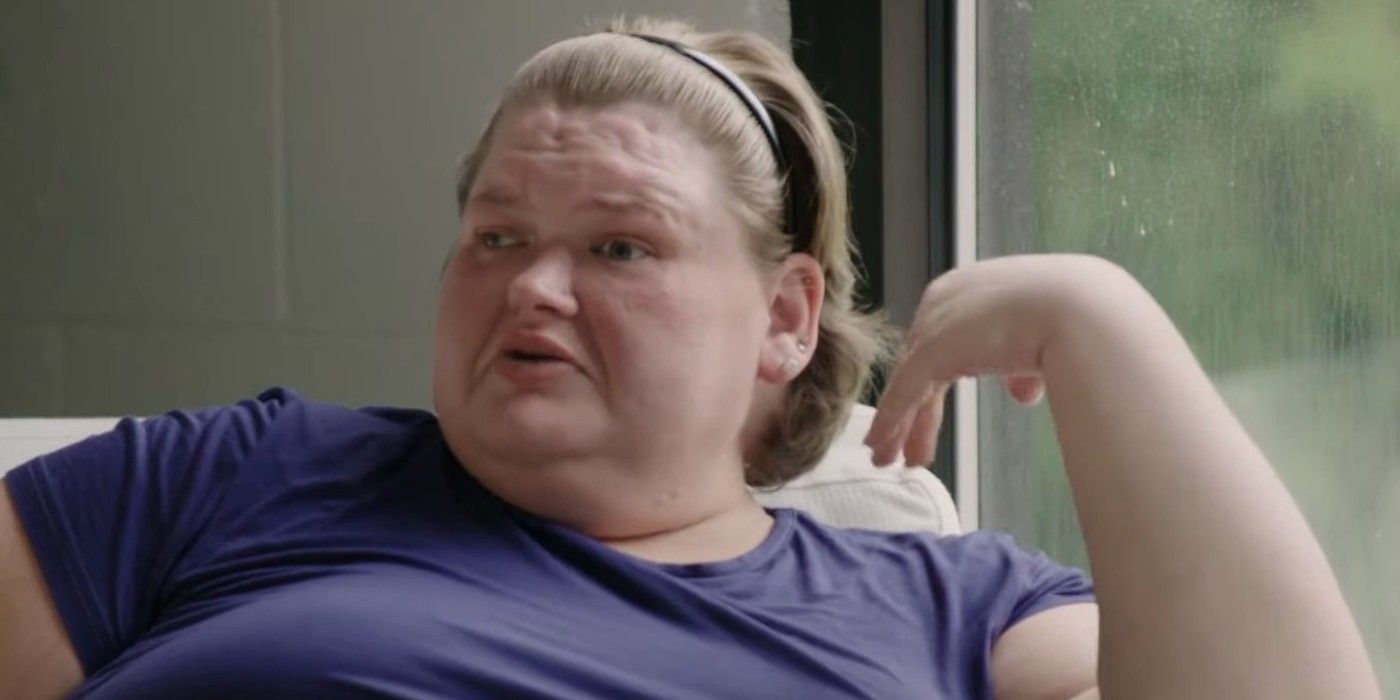 There are plenty of things 1000-Lb. Sisters star Amy Slaton-Halterman excels at; unfortunately, some fans believe housekeeping is not one of her strong suits. Amy is a talented entertainer and social media influencer who expertly acquired millions of fans and a show of her own on TLC. However, a recent Instagram post of Amy’s has prompted her followers to criticize the TV personality’s housekeeping abilities. From her unkempt floors to not providing a blanket for her baby to lie on, this is why Amy’s Instagram followers are calling her out for not keeping her home tidy.

Amy’s relationship with her fanbase is unlike the connection most reality television stars have with viewers. Amy is extremely open with her followers, and she has been since the very beginning of her career. Before Amy had a TV show, the 1000-Lb. Sisters star was accumulating millions of views on YouTube. For the most part, Amy’s videos were simple vlogs that captured what a day in her life looks like. While these videos didn’t require too much planning or editing, they did take a lot of vulnerability as Amy frankly shared her unfiltered life with hundreds of thousands of followers. On 1000-Lb. Sisters, Amy and her sister Tammy Slaton bravely reveal their weight-loss journey, an experience many would be too intimidated to go through on television.

Related: 1000-Lb. Sisters: Everything To Know About Tammy Slaton

Although fans value how straightforward Amy is, sometimes the reality TV star’s supporters feel like she overshares. True to her raw and realistic approach to conveying her life to her fans, Amy doesn’t put too much effort into making sure she cleans her home before posting pictures on Instagram. On multiple occasions, Amy’s Instagram followers have condemned the entertainer for the poor condition her home appears to be in in the background of an image. Amy first received criticism for her mediocre housekeeping skills in March, when she posted a picture of her son, Gage, lying on her bed. While fans were delighted to get their first glimpse at the baby boy, Amy‘s followers were less than elated to see the sloppy state of the bed Amy and her son Gage rested on. One user commented that Amy “does need to really get somebody to clean up for her because that’s nasty.”

Once again, Amy is in the hot seat. On August 31, Amy posted a slew of pictures of her son captioned, “Gage being silly.” While Gage might have been acting silly, some fans think that Amy was acting irresponsibly. The last couple of pictures Amy included in the collage she posted feature Gage lying on her dirty floor. Although the post garnered over 26,000 likes, one of Amy’s followers commented, “Why is he laying on the floor with no blanket underneath him?” The comment accumulated over 30 likes, indicating several of Amy’s fans don’t agree with the mother’s house management. Amy has limited comments recently, which implies the 1000-Lb. Sisters star might be tired of hearing her fans critique her abilities to maintain a clean and comfortable home.

In the bed or on the floor, Amy’s baby can’t seem to catch a break. After posting pictures where Gage is featured on a bed full of stains and one where he’s just on the floor without any kind of support, Amy’s followers aren’t sold on her ability to manage her house. Hopefully, the 1000-Lb. Sisters fanbase hasn’t gotten Amy down to the point where she stops sharing photos of Gage and her home.

Next: 1000-Lb. Sisters: Everything To Know About Michael Halterman

Christopher Davis is a freelance reality TV writer for Screen Rant. Since his graduation from Emerson College with a degree in visual and media arts back in 2019, Christopher has pursued the ever-evolving field of entertainment journalism. In his free time, Christopher loves to write, rewatch old seasons of RHONY, and work on his death drop.

Why Erika Jayne May Be Thinking Of Quitting the Show