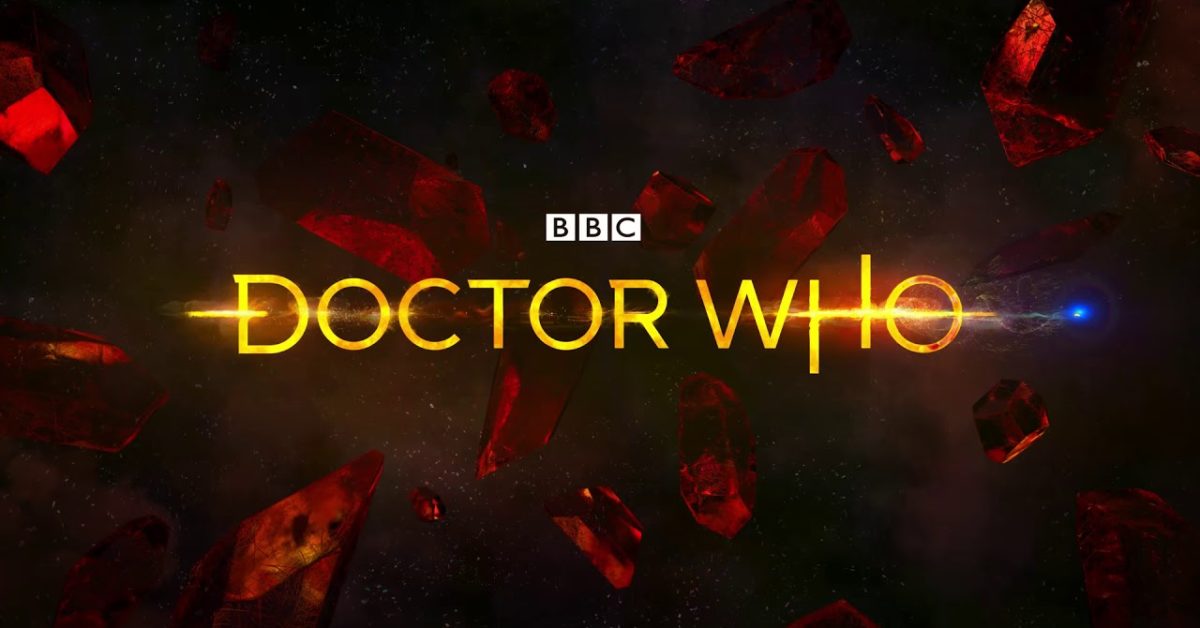 Back in May of this year, director Rachel Talalay (Series 8: “Dark Water” & “Death in Heaven”; Series 9: “Heaven Sent” & “Hell Bent”; Series 10: “World Enough and Time” & “The Doctor Falls”; 2017 Christmas special “Twice Upon a Time”) tweeted out two blue hearts and a clapboard to signal that she was returning to the BBC’s Doctor Who to join Russell T. Davies as work continues on the 60th-anniversary event. Flash ahead two months later, and we’re getting another clapboard from the director- but this is a real one. Hitting up social media, Talalay lets fans know that she’s on the set and work is rolling on. Two points of interest to keep in mind, though. First, while budding “Sherlocks” thought that the director has revealed the logo design, Talalay clarified that it was just a temp logo they picked for the slate and that she hadn’t seen the main logo yet. Second, check out Davies’s teaser reaction to the post (screencap below), penning, “And WHAT a day!!!!!!!” in the comments section. Hmmm…

Before Ncuti Gatwa takes over as the Doctor for Series 14, Davies is putting together a fascinating 60th-anniversary line-up that includes David Tennant, Catherine Tate, Neil Patrick Harris, and Yasmin Finney (so far). Now here’s a look at Talalay’s Instagram post from earlier today:

“There aren’t quite the words to describe how I’m feeling. A mix of deeply honoured, beyond excited and of course a little bit scared. This role and show mean so much to so many around the world, including myself, and each one of my incredibly talented predecessors has handled that unique responsibility and privilege with the utmost care. I will endeavour my utmost to do the same. Russell T Davies is almost as iconic as the Doctor himself and being able to work with him is a dream come true,” Gatwa said when the news of his casting as the 14th Doctor was first announced. “His writing is dynamic, exciting, incredibly intelligent and fizzing with danger. An actor’s metaphorical playground. The entire team have been so welcoming and truly give their hearts to the show. And so as much as it’s daunting, I’m aware I’m joining a really supportive family. Unlike the Doctor, I may only have one heart but I am giving it all to this show.”

Davies added at the time, “The future is here and it’s Ncuti! Sometimes talent walks through the door and it’s so bright and bold and brilliant, I just stand back in awe and thank my lucky stars. Ncuti dazzled us, seized hold of the Doctor and owned those TARDIS keys in seconds. It’s an honour to work with him, and a hoot, I can’t wait to get started. I’m sure you’re dying to know more, but we’re rationing ourselves for now, with the wonderful Jodie’s epic finale yet to come. But I promise you, 2023 will be spectacular!” BBC CCO Charlotte Moore, Chief Content Officer agreed, also adding at the time, “Ncuti has an incredible dynamism, he’s a striking and fearless young actor whose talent and energy will set the world alight and take Doctor Who on extraordinary adventures under Russell T Davies’ new era.” Instead, it’s far more likely that he’s actually talking about little-known additions to the Doctor Who canon, Beep the Meep and the Wrarth Warriors.

Plants quick to let their flowers fade for protection