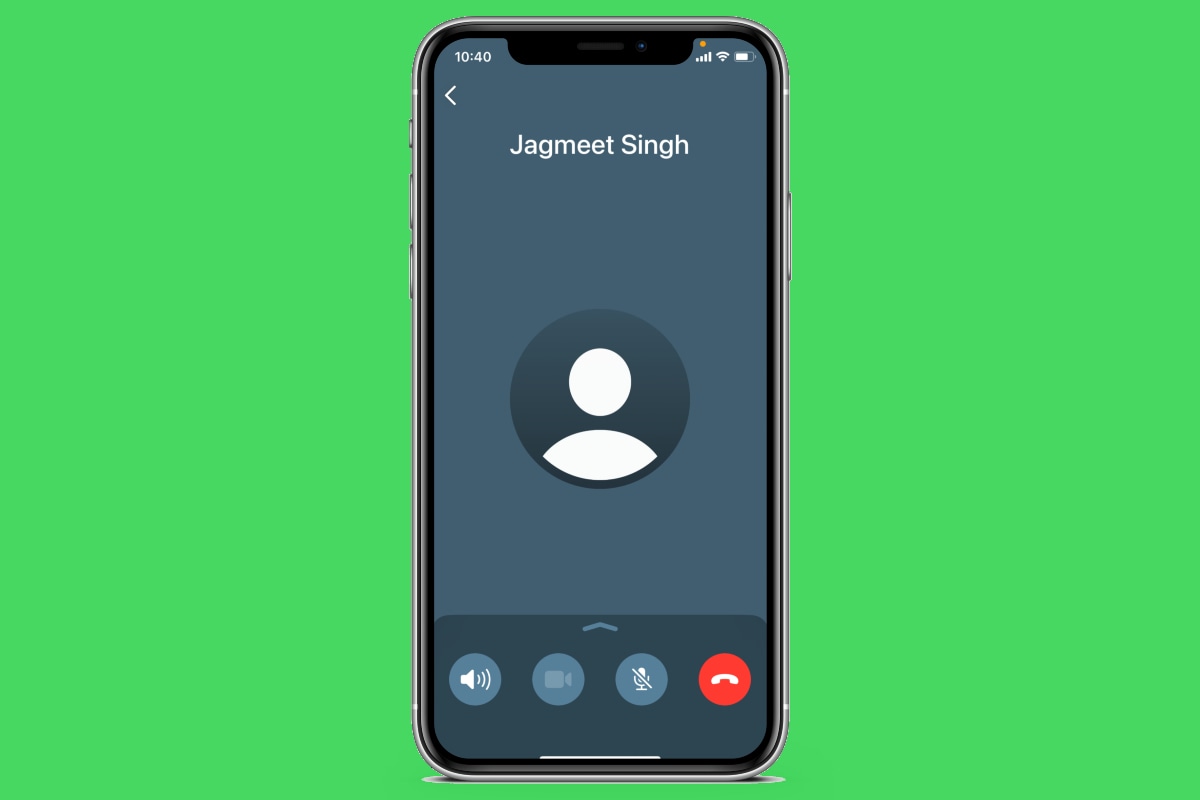 WhatsApp for iPhone is rolling out an update to make it easier to add people to an ongoing call, and allow them to join a group call even after it starts. The change in the calling interface was first spotted in a recent beta release for iPhone users earlier this month. The new WhatsApp for iPhone release also updates archived chats tsp that they stay archived and muted even when new messages arrive in those chats.

The new calling interface is a part of WhatsApp for iPhone version 2.21.140. It looks similar to how Apple’s FaceTime enables group calls and allows users to see who all are there on a group call. You can also invite other people to the conversation during the call by swiping up the calling menu from the bottom and tapping the Add People option. You can also call a contact from a group call if they weren’t able to accept the call initially.

Apart from the changes available for group calls, the interface also revamps the experience for one-to-one conversations with similar buttons and controls.

In addition to the interface-level changes, the release notes for the update mentions that the new WhatsApp version brings joinable group calls — the feature that was in testing a few days ago, and started rolling out earlier this week.

The updated WhatsApp for iPhone also changes the behaviour of archived chats — with this, the chats will stay archived and muted even when new messages arrive from those numbers. This means that the chats you archived earlier will not unarchive when they get a new message. You can, however, disable that by default change by going to Settings > Chats > Keep Chats Archived.

WhatsApp has also mentioned in its changelog that the update brings sticker suggestions to help you find relevant stickers from the ones you have downloaded, when composing a message. It was spotted under testing in May and is available to Android users for the last few days.

You can download the updated WhatsApp on your iPhone from the App Store. It is important to note that WhatsApp has stated in the changelog that the new features would roll out over the coming weeks, so you may not get them instantly. The app is 178MB in size and requires at least iOS 10.0.

Jagmeet Singh writes about consumer technology for Gadgets 360, out of New Delhi. Jagmeet is a senior reporter for Gadgets 360, and has frequently written about apps, computer security, Internet services, and telecom developments. Jagmeet is available on Twitter at @JagmeetS13 or Email at [email protected] Please send in your leads and tips.
More

10 Funniest Quotes From The 40-Year-Old Virgin

First Halo: Infinite multiplayer technical test could happen “as soon as next weekend”