What You Need To Know About The Outbreak Of Delta Variant SARS-CoV-2 In Provincetown, Massachusetts 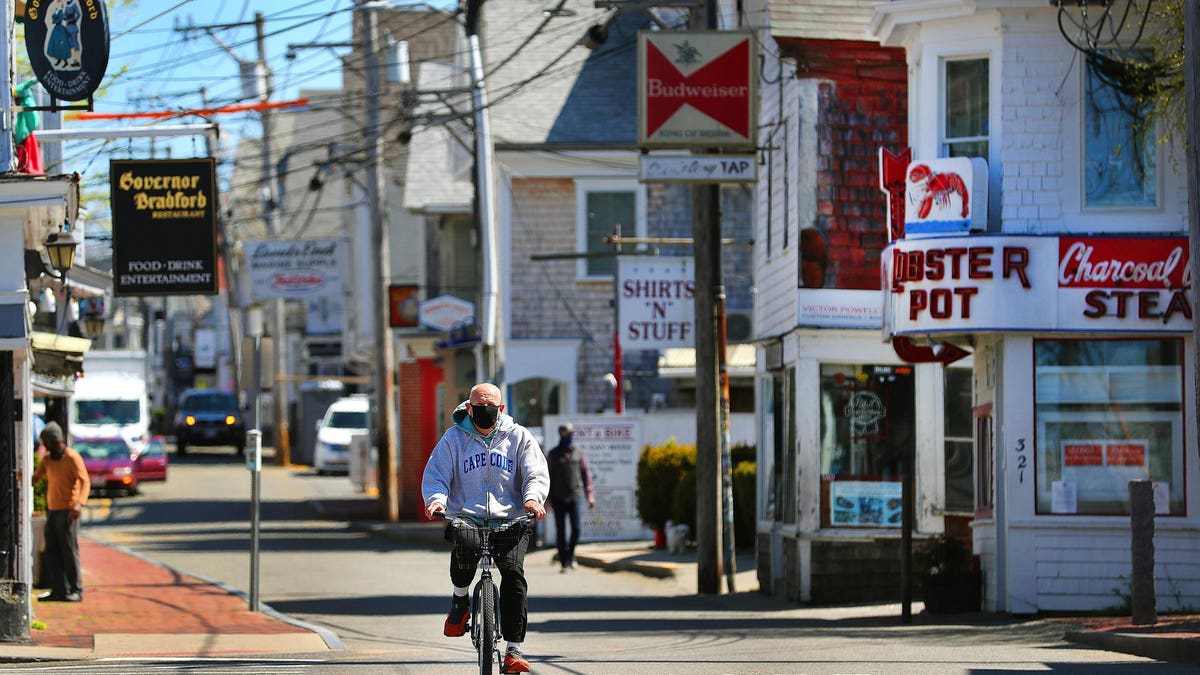 An outbreak of the Delta variant of SARS-CoV-2 in a largely vaccinated population in Provincetown, Massachusetts, fueled by public events and gatherings, was reported Friday by the CDC.

What is concerning about this cluster is that a large fraction of identified cases were among people who had been vaccinated with the Pfizer-BioNTech, Moderna, or Johnson & Johnson vaccines.

The CDC report provides statistics for 469 cases that had been identified by July 17. By July 20, according to NBC Boston, the total case count had risen to 882 cases.

There was significant transmission among the fully vaccinated

Of these 469 cases, 346 (74%) occurred in fully vaccinated persons. These results show that transmission to vaccinated people can occur with sufficient regularity to cause an outbreak.

For comparison, the report notes that vaccine coverage among eligible residents in Massachusetts was 69% at the time of the outbreak. It should not be concluded that this means vaccines were ineffective at preventing infection in this population. To estimate effectiveness, we would need to know the fraction of the actually exposed population that was vaccinated. There are a few two reasons why an outbreak in the  exposed population might not match our expectations. First, there is geographic variation in vaccine coverage within a state. Second, there will always be “breakthrough” cases of infection, and as a population approaches full vaccination, a larger and larger fraction of the cases will be among vaccinated people, giving a false impression of effectiveness. Third, there may be behavioral differences between vaccinated and unvaccinated people. In particular, if vaccinated people feel safer than unvaccinated people, they can reasonably be expected to engage in riskier behaviors, such as attending large gatherings.

Notably, all cases that were genetically identified belonged to the Delta variant. It is currently unclear whether the genetic makeup of the Delta variant was particularly important in driving this outbreak.

Another key finding of the study is that there was no evidence for a difference in “Ct value” for viral samples taken from vaccinated and unvaccinated people. “Ct” stands for “cycle threshold” and refers to the number of chemical reactions needed to amplify the virus’s genetic material to make it detectable through a process referred to as real-time reverse-transcription PCR. This is important because Ct value is typically correlated with viral load, which we know is an important contributor to transmissibility. At face value, this suggests vaccinated people, if infected and symptomatic, might transmit SARS-CoV-2 just as much as infected unvaccinated people. Importantly, since we don’t know how many vaccinated people were asymptomatically infected, we cannot draw any firm conclusions about the effect of vaccination on the potential to transmit.

Does this mean the vaccines are ineffective against the Delta variant?

In a word — no. The vaccines are very effective at preventing death and severe disease. As of July 27, about 1% of the Provincetown cases among vaccinated people had been hospitalized (only 4 out of 374) . This compares with a general hospitalization rate of around 10%. (I calculated this by looking at the total number of hospitalizations reported by the CDC on COVID-NET, multiplying by ten to reflect the total population of the US, and dividing by the current cumulative number of reported cases, which is just under 35 million.) Furthermore, none of the 374 have died, whereas the overall case fatality rate in the US is currently around 1.7%.

What’s more, there’s no way of saying how big the outbreak might have been if a smaller fraction of the Provincetown and Barnstable County population was vaccinated. An outbreak of several hundred people in a county with a population larger than 200,000 is relatively small, especially considering the social conditions — “densely packed indoor and outdoor events at venues that included bars, restaurants, guest houses, and rental homes” — according to the CDC report.

The bottom line: there are a few things we would really like to know, but just can’t learn from these data:

Despite this, there are a number of key lessons we can learn.

Denial of responsibility! TechCodex is an automatic aggregator of the all world’s media. In each content, the hyperlink to the primary source is specified. All trademarks belong to their rightful owners, all materials to their authors. If you are the owner of the content and do not want us to publish your materials, please contact us by email – [email protected]. The content will be deleted within 24 hours.
Barnstable CountyCDCDeltaJohnson & JohnsonMassachusettsModernaPfizer BioNTechProvincetown
0
Share

Bones and All Trailer Teases Timothée…