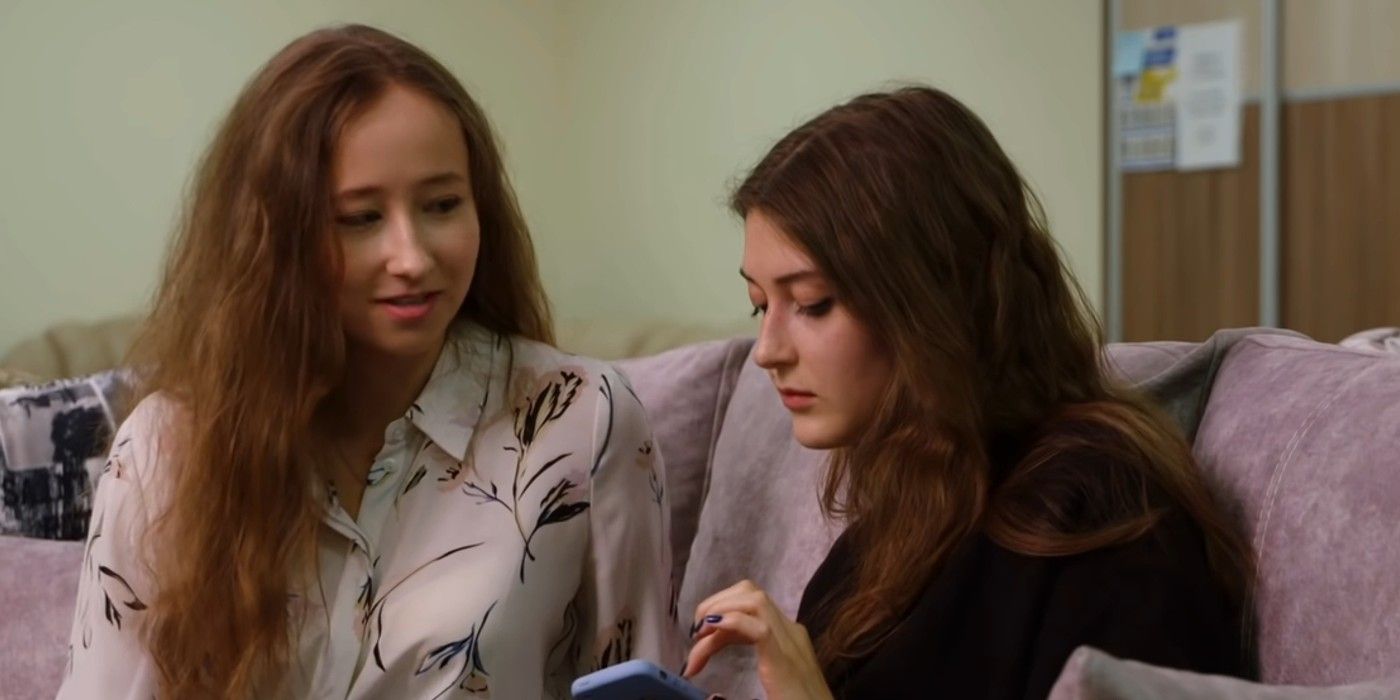 Find out what Russian 90 Day Fiancé: The Other Way cast member Alina’s second IG page is all about and what it reveals about her future with Steven.

Steven Johnston’s Russian girlfriend from 90 Day Fiancé: The Other Way Alina has an alternative page on Instagram that not many TLC viewers are aware of. The chirpy Alina, who is 20 years old, had met Steven, 25, on a language exchange app. Alina fell for Steven’s handsome looks and felt a strong connection with the Mormon man who joked around a lot. However, upon watching the newest 90 Day Fiancé episode, fans are finding Steven’s behavior anything but funny and think that Alina should leave the creepy Utah resident immediately. Fans are currently looking for clues to find out whether Steven and Alina are together and married, and here’s what her second IG profile reveals.

Alina’s life in Novosibirsk, Russia, was introduced in a whimsical way, complete with a magical soundtrack as she showed off her makeup skills. “I like makeup. I like body art,” revealed Alina. In school, Alina was studying the Chinese Language and Asian Politics. However, Alina had to sacrifice a year of her studies to go to Turkey so she could marry Steven. Steven and Alina had spent two weeks together in person while being chaperoned by their moms and then dated for almost a year before landing in Turkey.

Still, Steven’s actions are a big red flag on 90 Day Fiancé: The Other Way, and Alina admitting that she wanted to finish school and build a career before she met him also disappointed many. The reality TV newbie Alina has showcased how creative she is, especially with the body art experiments revealed on TLC. Fans took notice of Alina’s makeup skills and have been showing her love on her Instagram page.

In her bio, Alina mentions that she’s now a cast member of 90 Day Fiancé: The Other Way. But Alina also writes that she’s a digital illustrator, a fact that’s not yet revealed on the show. Steven’s partner’s second account is called @_.artress._where she posts about her digital art. Alina has a total of eight posts in her gallery, which are stunning portraits of various women, including her friends and also her mom, Anna.

What Art Means To Alina

Alina has explained that art helps her to express herself and to show her personality. “Make myself shine, I don’t know,” Alina had confessed. Alina writes, “I can draw a portrait for you” in the bio of her second page. To make her gorgeous creations, Alina uses the Adobe Illustrator along with Adobe Photoshop. Alina‘s latest post is captioned, “Practice practice practice,” which means Alina is only getting better with her art every day.

In a recent Q&A session on IG with 90 Day Fiancé: The Other Way viewers, Alina was asked about her “dream profession.” Alina revealed that she really wants to become “a cool digital artist.” However, Alina mentioned, “I still need more practice.” And while Alina works towards achieving her dreams, Steven has been nothing but supportive. The former pest control salesman has also commented on Alina‘s post, “Your art is amazing. Do you take orders to draw personal portraits? DM me the price!” on a post from March to compliment Alina. “Holy s***! This drawing is excellent !!” he’s added in Russian. Although Steven was recently spotted with a mystery girl as he partied with 90 Day Fiancé co-stars Chantel Everett and Pedro Jimeno, his interactions with Alina on social media hint at the couple still being together and possibly even married.

Next: 90 Day Fiancé: Alina Gets Unexpected Advice From Ariela Amid Steven Drama