What To Expect With Apple’s Latest Chip 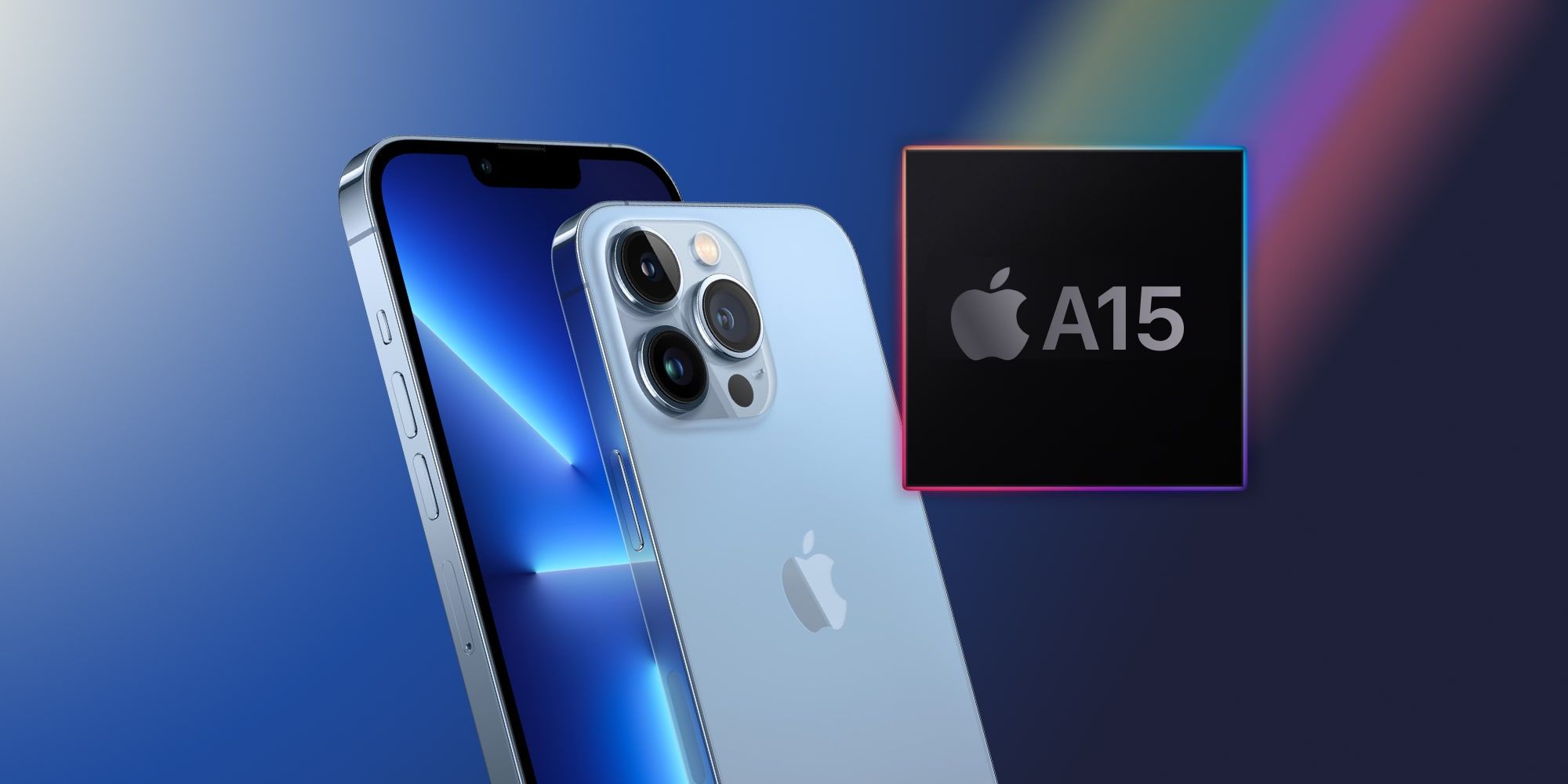 Apple’s A15 speed might not show on benchmarks, but the chip supports advanced features that go beyond what the iPhone 12’s A14 can achieve.

Apple‘s new iPad mini and iPhone 13 series are powered by an A15 processor that brings several upgrades over the A14 chip used in the previous generation models. While it is significantly faster, the degree of improvement isn’t as great as the boost that was seen last year. Chip designers have more to consider than simply benchmark speed when developing new products, and the new features of the iPhone 13 certainly play a role in those decisions.

Apple designs its iPhone and many of the most advanced components used in the phone. The development of the system-on-a-chip (SoC) that serves as the central processor, graphics chip, and neural engine of the iPhone is completely under Apple’s control, although it uses Taiwan Semiconductor Manufacturing Company (TSMC) to produce the actual silicon chips. By marrying chip design with iOS and app development, the iPhone is a full stack of complementary systems that work together in a holistic manner that has rarely been matched by other tech companies.

Apple’s latest mobile SoC, the A15 that speeds the iPhone 13 through its various tasks, follows a long line of powerful industry-leading processors. Being built using TSMC’s N5P process means that it doesn’t get an automatic speed and efficiency boost that happens when the transistor size is reduced. Instead, this is at a 5 nanometer scale, just like the A14 processor. Apple claims that this new silicon provides up to 50-percent better performance than the competition, but didn’t actually provide a comparison to its own A14 chip. Given that Apple’s A14 is about 29-percent faster in multicore Geekbench tests than a Samsung Galaxy S21+ using Qualcomm’s Snapdragon 888 chip, this suggests a modest improvement in CPU speed, as expected, perhaps around 16-percent. There are plenty of performance metrics that are harder to quantify and that is where the magic happens.

Apple’s iPhone 13 has a feature called Cinematic mode that uses the more advanced neural engine of the A15 processor to identify faces within a video scene to detect whether the subjects are facing the camera, turning toward the lens, or looking away. With this information, it mimics the actions of a Hollywood camera operator manually varying focus in real time to draw the eye to the relevant portion of the frame. This is a first for a video camera regardless of expense. It’s almost certain that this feature won’t come to the iPhone 12 since its A14 neural processor might not be up to the task.

The A15 manages this impressive portrait blur effect with Dolby Vision but only at 1080p resolution, demonstrating that Apple is pushing the limits of what is possible. Apple would have loved to present this in 4K quality but that might have to wait for another year. Another advanced A15 feature available with the iPhone 13 Pro models is the ability to record in low-compression ProRes video format. With 15 billion transistors, a 27-percent increase over the A14, Apple’s latest processor has plenty of room for optimizing several processes that might not appear on a benchmark, but will make a difference throughout the system. Speaking of which, the A15 actually comes in two variants, with the iPhone 13 Pro getting five GPU cores, one more than the less expensive models. This likely helps to explain some of the different software features between the standard iPhone 13 and the Pro models.

Last year’s A14 was incredibly impressive, setting a new standard and providing the basis for Apple’s M1 chip that powers its new Mac computers. As good as that is, Apple is a master at squeezing an incredible amount of performance from its ARM processors while maintaining outstanding efficiency and the A15 represents that state of the art in 2021.

Next: Apple Reveals New iPad Mini With Upgrades In Every Department

Alan is a Tech Writer living in Nova Scotia, Canada. A tech-enthusiast since his youth, Alan stays current on what is new and what is next. With over 30 years experience with computer, video and photo equipment, you can expect useful tips and insights in his writing. Alan has a degree in programming, many years focused on design, editing and animation. The last few years managing logistics and e-commerce operations for a mobile accessories company took much of his time. Alan is a true jack of all digital trades in this ever changing computer-enriched world. To stay flexible in thinking and in body, he practices yoga, light cardio and eats a whole food diet, based on minimally processed plants.

In first, SpaceX to send all-civilian crew into Earth orbit

An Attempt to Make Sense of the GeForce Now Leak