What this deal means for you if Trump approves it

TikTok celebrities Bryce Hall and Blake Gray are facing criminal charges after they hosted recent parties in the Hollywood Hills despite the city’s ban on large gatherings during the coronavirus pandemic, authorities said Friday. (Aug. 28)

ByteDance, the Chinese company that owns the popular video-sharing app TikTok, has tapped Oracle as its U.S. technology partner in a bid to keep its U.S. operations going.

So what does that mean for you?

“The impact of the Oracle deal on TikTok users is a difficult question to answer at this point since we don’t have a full picture of what Oracle’s role will be,” said eMarketer analyst Debra Aho Williamson. “The biggest concern that TikTok users have is that the app that they love will continue to exist. That is their ground zero. They love TikTok so much that some TikTok users have changed their location on their phone to Canada, so that they won’t lose access to TikTok if it were banned in the U.S.”

TikTok influencer: Addison Rae Easterling to make acting debut in remake of ‘She’s All That’

The Oracle announcement comes a week before the Sept. 20 deadline for ByteDance to sell TikTok to an American company or risk being banned because of national security concerns. With its chummy relationship with the Trump administration, Oracle may have the inside track to get a deal done.

“We can confirm that we’ve submitted a proposal to the Treasury Department which we believe would resolve the Administration’s security concerns,” TikTok said in a statement.

A critical factor will be making sure the technology is safe for users in the U.S. under the proposal, Treasury Secretary Steven Mnuchin said Monday.

What would an Oracle deal mean for TikTok users?

If the administration clears the deal, TikTok would continue operating in the U.S. Oracle’s plans for TikTok are unclear at this point, but Wedbush Securities analyst Daniel Ives does not expect much to change for consumers if the deal goes through.

“The average teen or tween using TikTok will not know the difference,” Ives said.

The stakes would be high for Oracle. For its legions of users, TikTok isn’t just flashy entertainment, it’s a vibrant community, Williamson says. “If anything were to change about that experience as a result of Oracle’s involvement, they would be devastated,” she said. 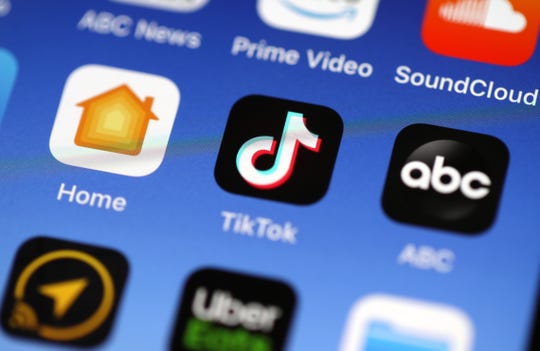 Analysts say Oracle will need to make sure that the service retains its hold on users and its influencers. In the U.S., it’s estimated that TikTok has more than 100 million monthly active users.

“We strongly believe that its user base has only grown as a result of stay at home orders and remote learning,” Bernstein analyst Mark Moerdler said in a research note. “But it may also have been negatively impacted by the uncertainty surrounding TikTok’s future.”

Forrester analyst Jeff Pollard says Oracle should allow the U.S. TikTok team to operate independently much like Microsoft did when it acquired LinkedIn.

What worries the U.S. about TikTok?

TikTok, like other social networks, collects data on its users. Unlike Facebook or Google’s YouTube, TikTok is owned by a Chinese company and has come under scrutiny over allegations it supplies user data to Beijing. TikTok says it does not store U.S. user data in China and would not hand over that data to the Chinese government.

No. Microsoft and Walmart were among the bidders to buy TikTok’s U.S. operations, but ByteDance would not part with its secret sauce, the technology that suggests videos to users. China had warned it might block the technology from being exported.

So Oracle struck a deal to be ByteDance’s U.S. technology partner, meaning it will provide back-end technology to TikTok and assuage the Trump administration’s concerns about the security of U.S. users’ data, Ives said.

Walmart on Sunday said it is continuing discussions “with ByteDance leadership and other interested parties.”

“We know that any approved deal must satisfy all regulatory and national security concerns,” Walmart sad in a statement.

“Tiktok’s back was against the wall. No company is going to buy the company outright without the algorithm,” Ives said. “The alternative was a partnership, and for Oracle, it’s about controlling the inflows and the outflows, making sure there are no backdoors to Beijing and the U.S. government having comfort with Oracle as a trusted vendor and stalwart U.S. technology provider.”

The Treasury Department-led Committee on Foreign Investment in the United States which reviews deals for national security issues must approve the Oracle partnership. What may worry the administration is that Beijing could alter the algorithm to push propaganda.

What is Oracle’s relationship with the Trump administration?

Oracle has a close relationship with the Trump administration and a long track record with the U.S. government that analysts say could help boost the TikTok deal. 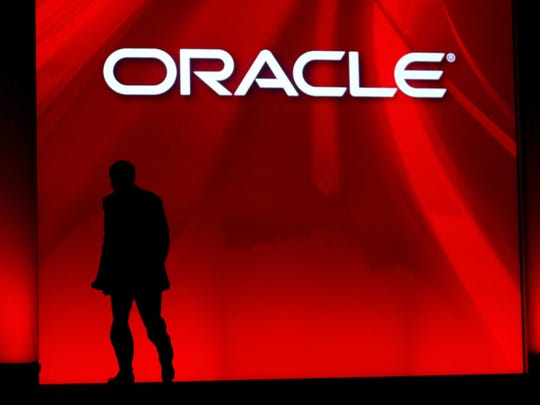 “Larry Ellison has a long history of working with the US government – specifically the intelligence community,” Forrester Research’s Pollard said in a blog post. “Oracle’s first customer was the CIA, and the company is named after a CIA project Ellison and co-founders worked on prior to starting the company.”

In August, Trump called Oracle a “great company” that “would be certainly somebody that could handle it.”

What does Oracle get out of a TikTok deal?

“I doubt that many of the youthful users of TikTok know what Oracle is or even care very much,” said eMarketer’s Williamson.

Oracle is an enterprise software and cloud services company. Pollard says Oracle is frustrated at lagging behind competitors Amazon Web Services, Microsoft Azure, Alibaba Cloud and Google Cloud so it’s been pushing to win over more business customers and increase its “hip factor” by doing deals with well-known brands like Zoom. With 800 million users globally and 100 million in the U.S., “nothing is more hip than TikTok at the moment,” Pollard says.

Some of the moves that Bernstein’s Moerdler anticipates: TikTok would move to the Oracle Cloud. Another key point: A TikTok deal would also benefit Oracle’s digital advertising business as well as its e-commerce business.

What are the privacy concerns of an Oracle deal?

Some in the Trump administration worry that a technology partnership does not adequately protect the data of U.S. users.

The other issue is whether Oracle, which already collects so much data on Americans, would pose a privacy threat of its own, particularly to younger TikTok users, privacy watchdogs say.

“Unless the Trump Administration imposes safeguards for the deal, handing TikTok over to Oracle will unleash major new threats to the privacy of Americans,” said Jeffrey Chester, executive director of the Center for Digital Democracy. “Oracle has assembled a powerful array of data companies that already collects information on what we buy, shop, view, etc. By turning over the treasure trove of data gathered by TikTok, Oracle will be able to leverage its data so it can better track and target U.S. consumers.”

In addition, Chester says he has warned the Federal Trade Commission and the Justice Department that he believes TikTok is violating privacy laws that shield children 12 and under in the U.S.

“It would be tragic if the Trump White House allowed Oracle to operate TikTok and not first have to comply with the kids’ data law,” Chester said.

With PS5 Launching Soon, Sony Is Reportedly Making A Costly Move To Get More On Store Shelves

Pre-orders are open for these new Warhammer 40,000 Space Marine figurines