What Exactly Are All Those Electrical Impulses In Your Brain? 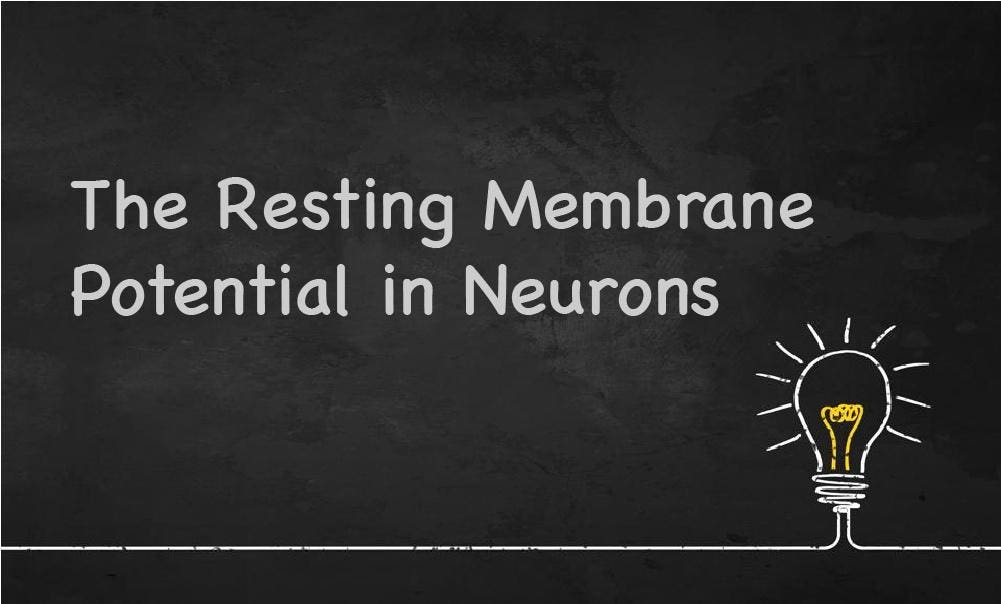 This is the second in a series of articles explaining – using plain English – what exactly are the electrical impulses in your brain responsible for how it learns, represents, and processes information. In the first article we introduced the anatomy of a neuron brain cell, some important high level concepts about how neurons talk to each other, and set the stage for this second piece – understanding the biophysical basis of the membrane potential and why it is important to the brain.

First thing first. Before putting in the work to understand what the membrane potential is, we need to ask why is it so important. In the most straight forward sense, it is critical because the electrical impulses that travel down the length of the neuron responsible for encoding information are physically represented, in other words, are encoded, as fluctuations in the membrane potential. (Make sure you read that first article if this does not make sense.) So it would not be possible to understand what the electrical impulses in your brain are, or how they encode information, without a solid understanding of what the membrane potential is first.

The neurons in your brain have a resting membrane electric potential of roughly -70 millivolts (mV). This means that the membrane of these cells is ‘electrically charged’. There is a differential distribution of electric charges on the outside of the membrane compared to the inside of the membrane. Specifically, there is differential distribution of sodium (Na+) and potassium (K+) ions across the cell membrane. These ions are the physical carriers of electric charge. Sodium and potassium each have an electric charge of +1, meaning they each carry one positive charge. (In technical terms, they are monovalent cations. ‘Mono’ meaning ‘one’ and ‘cation’ implying that their charge is positive.)

There is one last subtle but crucial consideration we need to take into account. The imbalance of charges, represented by a differential unequal physical distribution of Na+ and K+ ions, only applies to a very very thin ‘shell’ right on either side of the membrane. In other words, the imbalance that produces the membrane potential is restricted to the distribution of ions very very close to the membrane itself (just nanometers actually). Once you move even a tiny distance away from the cell membrane, on either side of it, that differential distribution of ions disappears and on average there is no difference in the number of Na+ and K+ ions between the inside of the neuron and the bulk outside ‘fluid’ the neuron lives in. In other words, there is no electric potential once you move away from the cell membrane itself. This fact will be important later in a subsequent article.

Denial of responsibility! TechCodex is an automatic aggregator of the all world’s media. In each content, the hyperlink to the primary source is specified. All trademarks belong to their rightful owners, all materials to their authors. If you are the owner of the content and do not want us to publish your materials, please contact us by email – [email protected]. The content will be deleted within 24 hours.
BrainneuronsNeurosciencePhysicsScience
0
Share

EA allows some players to buy FIFA 23 for under Rs 5, here’s why