What Are The Fastest And Slowest Cycles In Timekeeping? 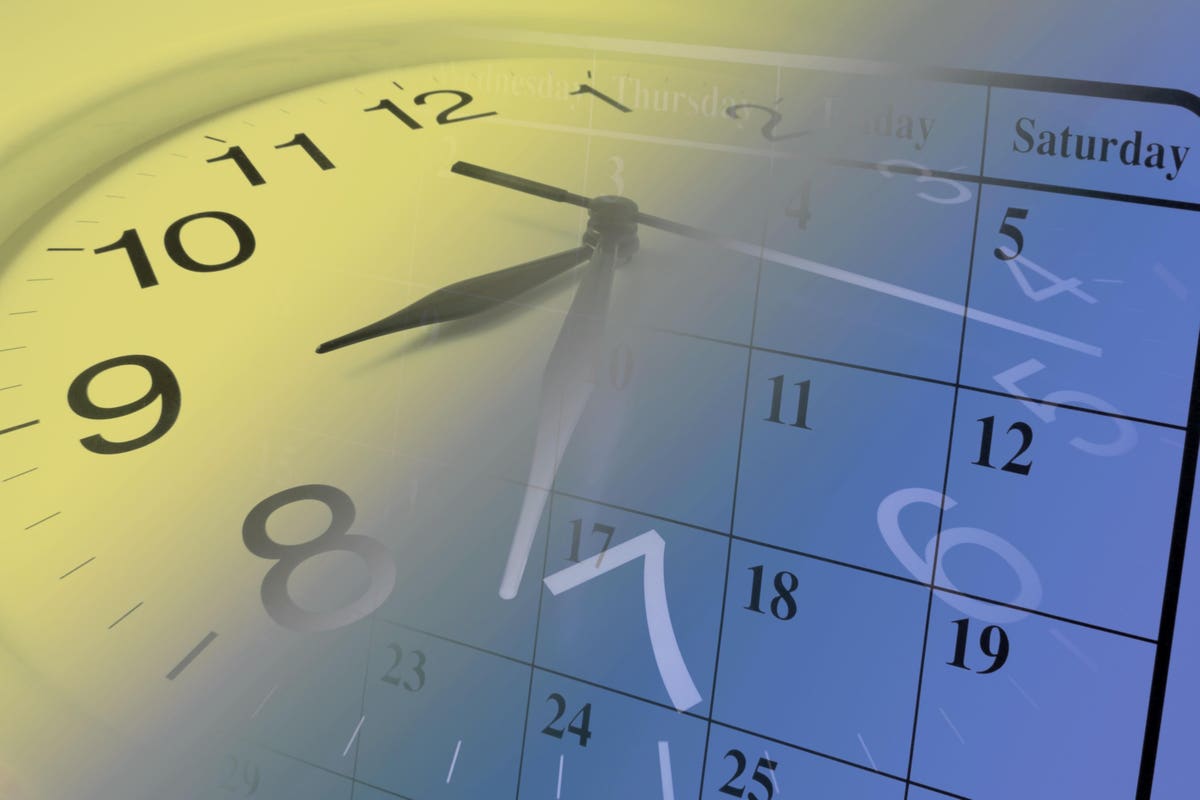 I’ve been writing a bunch about timekeeping here (previous posts: one, two, three, four, five), in connection with my upcoming book A Brief History of Timekeeping. I’m also starting to do other publicity, including a couple of podcast recordings, and there’s one question I’ve been asked multiple times that’s probably worth a post to close out the year: What are the shortest and longest times relevant to human timekeeping?

That’s a question that depends a bit on the interpretations of words, so it probably needs some refining. If you’re interested in human experience of the everyday world, you probably don’t need to go much shorter than a second or so. Unless you’re involved in some sort of elite athletic competition, there are few processes we engage in that you can’t track by counting “one-Mississippi, two-Mississippi…” If you want to be a little more technical about it, the official definition of the second is 9,192,631,770 oscillations of the microwaves associated with a particular transition in cesium atoms, so you could reasonably take that as an answer.

On the slow side, the longest “tick” that humans have based an actual clock on is the tropical year, 365.24217 mean solar days, with any number of monuments like Newgrange and Stonehenge that align with the sunrise on one of the solstices or equinoxes. The longest time relevant to direct daily experience is a human lifetime, and most cultures have traditions to mark out something on that scale— in Europe, we tend to mark multiples of 25, the Maya had a name-and-number based calendar that would repeat every 52-and-a-bit years, etc.

And, of course, if you want to get really extreme, you can talk about the shortest and longest possible timescales, which gets you into the realm of cosmology and particle physics. On the low side, you’re looking at something like a Planck time, 5.39×10-44s, obtained by combining the fundamental constants of quantum physics to get a time, which might be the shortest scale meaningful for some exotic theories. On the high end, you’re looking at the age of the universe (13.7 billion years) or if you want to get really wacky the time needed for proton decay (something longer than 1034 years, assuming they do decay), or for supermassive black holes to evaporate via Hawking radiation (so long I’m not going to try to figure it out).

Since my concern in the book is with timekeeping, though, I’m going to confine this to processes that can actually be directly measured in the core manner of timekeeping, namely counting repetitions of some cycle that can serve as a “tick.” That rules out some things that otherwise would count as real times— the 10-25s lifetime of the top quark inferred from decay rates, say, or the 25,000-year precession of the equinoxes, because we haven’t seen that run through a full cycle. It’s a little arbitrary, I admit, but expansive enough to let me talk about some cool physics.

Within those constraints, the fastest times we’re able to talk sensibly about are measured in attoseconds, where an attosecond is 10-18s, or a billionth of a billionth of a second. That’s in the ballpark of the time required for light to cross the width of a single atom.

The relevant cycles being counted here are oscillations of light itself; actually, fractions of that cycle, in most cases, because the light itself is oscillating with a period of many attoseconds. That becomes essential to the timing mechanism in a lot of the processes involved: in one technique, they look at the ejection of electrons from atoms and molecules, and work out the timing based on how the oscillating light field deflected those electrons on their way out. Using techniques closely related to the work recognized with the 2018 Nobel Prize in Physics, physicists now routinely make “few-cycle pulses,” allowing this kind timing to work very well.

There’s a whole thriving industry in ultrafast physics and chemistry based on these attosecond measurements— here’s a technical review article from 2020 covering a whole bunch of stuff, and if you Google a bit, you can find plenty of new papers in just the last few months. Attosecond science is a substantial and growing area of physics and chemistry.

On the slow end, processes involving multiple years, there are a bunch of things that go through cycles around 18-19 years in length— the Metonic cycle over which the phases of the Moon repeat at the same seasons and the saros cycle over which eclipses of the Sun or Moon repeat are the two big ones. These have been known about for thousands of years, dating back to the Babylonians. The winner, though is something I mentioned in the last post in this informal series: the Sothic cycle that caused the months of the 365-day Egyptian civil calendar to move relative to the pre-dawn rising of Sirius.

MORE FROM FORBESWhy Is December 21 The Shortest Day Of The Year?By Chad Orzel

That civil calendar is about a quarter-day short of the actual year, which means that every four years or so, the date of Sirius’s first rising would shift by one day. Over a period of 1460-ish years, the rising date would complete a full sweep through the calendar, and return to the start. That’s a slow change, but the Egyptian civilization lasted an incredibly long time, and as a result, managed to see at least a couple of these cycles. The calendar was likely implemented around 2800 BCE, and the Roman writer Censorinus mentions that the rise of Sirius fell on the “right” day as reckoned by the Egyptians around 120 BCE. The measurement of this cycle very likely helped influence the Julian calendar and its system of leap years, ancestor of the modern gregorian calendar.

So, using the definition of timekeeping as counting ticks, those pretty much define the range: we have directly measured processes from the attosecond scale all the way up to a millennium and a half. That’s about 28 orders of magnitude, a pretty impressive range, showing how far several millennia of science has expanded our worldview beyond our everyday “one-Mississippi…” experience of time.

Denial of responsibility! TechCodex is an automatic aggregator of the all world’s media. In each content, the hyperlink to the primary source is specified. All trademarks belong to their rightful owners, all materials to their authors. If you are the owner of the content and do not want us to publish your materials, please contact us by email – [email protected]. The content will be deleted within 24 hours.
astronomyhistorymeasurementPhysicsTimetimekeeping
0
Share

How to add a profile picture in WhatsApp