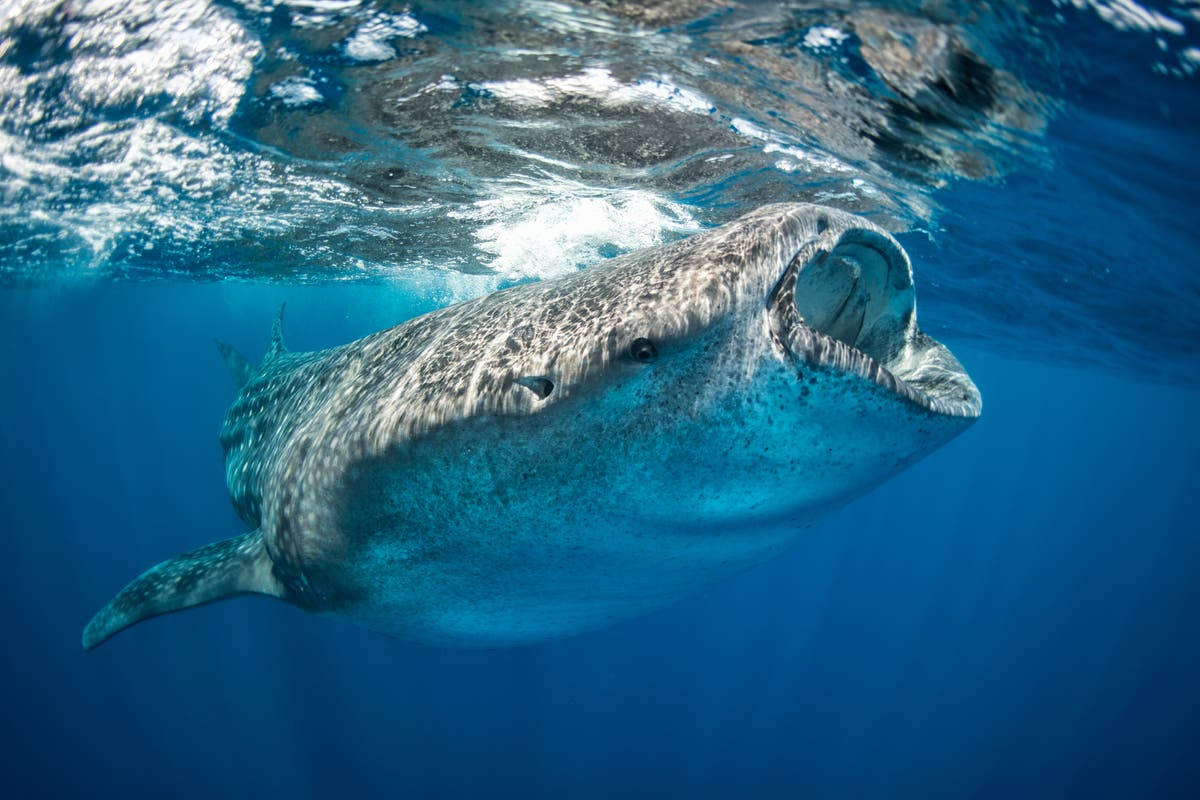 Scientists have found that the whale shark, which grows up to 18 metres in length, is the world’s largest omnivore after a new discovery that a type of seagrass is a significant source of nutrition for the gigantic fish.

Up until now the creature was thought to be a filter feeder, observed eating tiny organisms like plankton, krill, crab larvae, tiny squid or fish, say researchers including those from the Australian Institute of Marine Science.

The new study, published last week in the journal Ecology, found that the floating macroalgae, Sargassum, is a significant source of food for the whale shark.

“The world’s largest omnivore is a fish,” scientists say.

“This causes us to rethink everything we thought we knew about what whale sharks eat. And, in fact, what they’re doing out in the open ocean,” study lead author Mark Meekan, a fish biologist at the Australian Institute of Marine Science, said in a statement.

While on land, all the biggest creatures have always been herbivores, animals that get to large sizes in the sea – like whales and whale sharks – were thought to be feeding one step up the food chain “on shrimp-like animals and small fishes,” scientists say.

“Turns out that maybe the system of evolution on land and in the water isn’t that different after all,” Dr Meekan said.

They compared the protein building block molecules amino acids, as well as fatty acid signatures in the plankton and plant material to those found in the whale sharks.

Scientists found that the whale shark tissue contained compounds found in Sargassum – a type of brown seaweed common at Ningaloo, which breaks off the reef and floats at the surface.

“We think that over evolutionary time, whale sharks have evolved the ability to digest some of this Sargassum that’s going into their guts,” Dr Meekan said.

Researchers say the assumption that whale sharks just feast on krill and other plankton “is only half the story.”

“They’re actually out there eating a fair amount of algae too,” Dr Meekan added.

“We were surprised by the whale shark’s biochemical signature,” Patti Virtue, another co-author of the study from the University of Tasmania, said.

Scientists say the findings are particularly “very strange” since in their tissue the whale sharks do not have a signature of a krill-feeding animal.

“Something like a whale shark, which swims through the water with its mouth open, is going to ingest a lot of different things. But you don’t know how much of that has been used by the animal and how much just goes straight out the other end,” Andy Revill, another co-author of the study, explained.

But the kind of analysis the researchers conducted in the study is a better reflection of what the animals are actually utilising to grow, they say.

“Fatty acid profiles of whale shark tissues, faeces, and potential prey items suggest that the floating macroalgae, Sargassum, and its associated epibionts is a significant source of food,” scientists wrote in the study.

“This mode of feeding and the need to focus on oceanographic features that aggregate prey also increases the threat to the species posed by pollutants such as plastic,” they concluded.

Microsoft Windows Camera app: What it can do, features and more