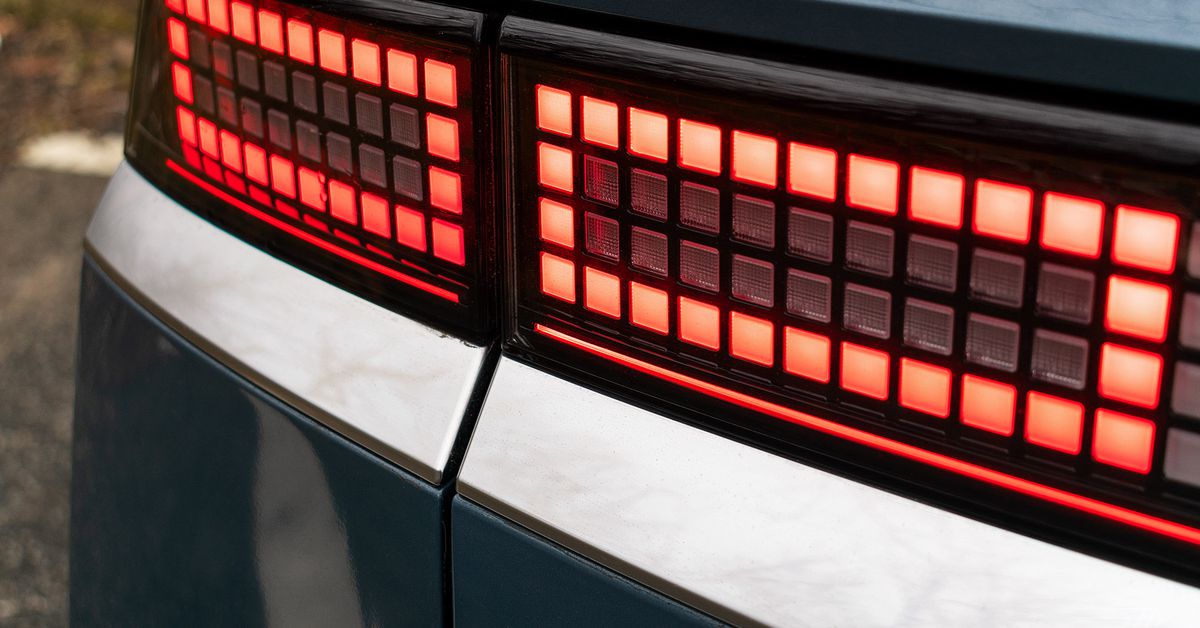 It’s been a real WTF kind of year for car releases, new machines in new shapes with offbeat marketing leaning on gimmicky features that nobody asked for. Gimmicks are nothing new, but as I was pondering yet another incredibly quick, perfectly quiet EV, it occurred to me that I’ve been having an increasing number of head-scratching reactions to new cars over the past few years.

Cars are, by my estimation, getting weirder on the whole. While an endless number of oddball models have come and gone over the decades, we’re presently awash in an incredible density of quirky gimmicks and outré styling exercises. Why? Because the looming wave of electrification is commoditizing many of the features traditional brands have historically leaned upon as differentiators. Now, they’re desperately striking out in bold new directions while there’s still time.

If there’s one brand typifying this oddball moment, it’s Hyundai

If there’s one brand typifying this oddball moment, it’s Hyundai. The company, and its sibling brands Kia and Genesis, have been really pushing the boundaries of good design for the past decade or so, yet somehow, the weirder their cars get, the better they look. Look at the headlights on the Hyundai Sonata, backlit chrome strips that run from the front bumper all the way up to the A-pillars. This is a heck of a statement, all the more daring given it lives on a mass-market car, one of the cheapest in the US.

But there’s much more than that. The Ioniq 5 took virtually all the previous production Hyundai design language and threw it right out the window, in the process creating one of the most evocative — and weird — looking cars on the road. Then came the Ioniq 6. That the five-door Ioniq 5 is bigger than the four-door Ioniq 6 is confusing, to begin with, but more significantly, Hyundai took all the 5’s fresh design cues and binned them yet again, creating something that also looked like nothing else Hyundai has ever done.

When it comes to offbeat examples at Genesis, it’s hard to know where to start, but the magical, spinning crystal ball shifter on the GV60 is a strong example of WTF design, taking surprise and delight to weird new heights.

You expect that kind of stuff from a young up-start, but Mercedes-Benz making an SUV that can hop and bounce? That’s weird. Part of the brand’s Active Body Control suspension, higher-end GLS SUVs can put SoCal low-riders to shame. The feature was officially added to provide extra grip on sand and mud, but really we all know its greatest use was in achieving TikTok immortality.

Similarly, you never have to scroll far down the Mercedes Instagram page to find a picture of a glaringly illuminated interior. The once-stoic German brand’s social media channels are awash with increasingly overwhelming interiors and ornate dashboard designs framed with Technicolor LED palettes that will challenge your sense of style as much as they threaten your night vision. Too garish for some, these exercises have charmed a new generation of buyers, and Mercedes is as desirable as ever.

Ford’s latest WTF feature is also likely destined for social media, but this one’s more for public hooliganism. The new Mustang, as you may have heard, features an electric handbrake that exists only for drifting. That is decidedly weird. It’s basically a joystick for sliding your car sideways, and while Ford has long-offered Line Lock mode specifically for big, smoky burnouts, anyone who’s gone through the onerous process of engaging that knows it’s hardly hooligan-friendly. That such a conservative brand is specifically adding a device just to make the Mustang slide in ways that novices will struggle to control seems out of character and, again, weird.

The biggest talking point of the GMC Hummer EV? That it can crab walk sideways. The Rivian R1T’s most talked about feature? A cooktop that slides out from the side. Gimmicks upon gimmicks, all perfect for the ‘gram.

I could go on all day like this, but I’ll end with one final example that’s actually three, starting with Lamborghini. The company has made no secret that it will soon introduce an off-road, rally-focused Huracan derivative — a low-slung, big-winged, 600-plus horsepower supercar for the dirt. That’d be bizarre enough if it weren’t going to be launching into a strange segment that will also include the Ferrari Purosangue and whatever Porsche decides to call its Safari-inspired 911. That, dear readers, is a very weird vehicular trifecta.

Why all this weirdness? Why are brands trying so hard right now to draw in consumers in ever-more curious ways? Because the EVs are coming. Lamborghini CEO Stephan Winkelmann has confirmed that Lamborghini’s entire range of cars will be hybridized by 2024. Lambo’s first full EV, meanwhile, debuts in 2028.

Many brands are making similar electrification pledges, most with more aggressive timelines for the pivot to battery power. This, I believe, is the key. I’ve long since wondered how brands are going to differentiate themselves in an era when exhaust noise exists only in digitally rendered echoes and where accelerative performance is meaningless because every car is unnecessarily quick.