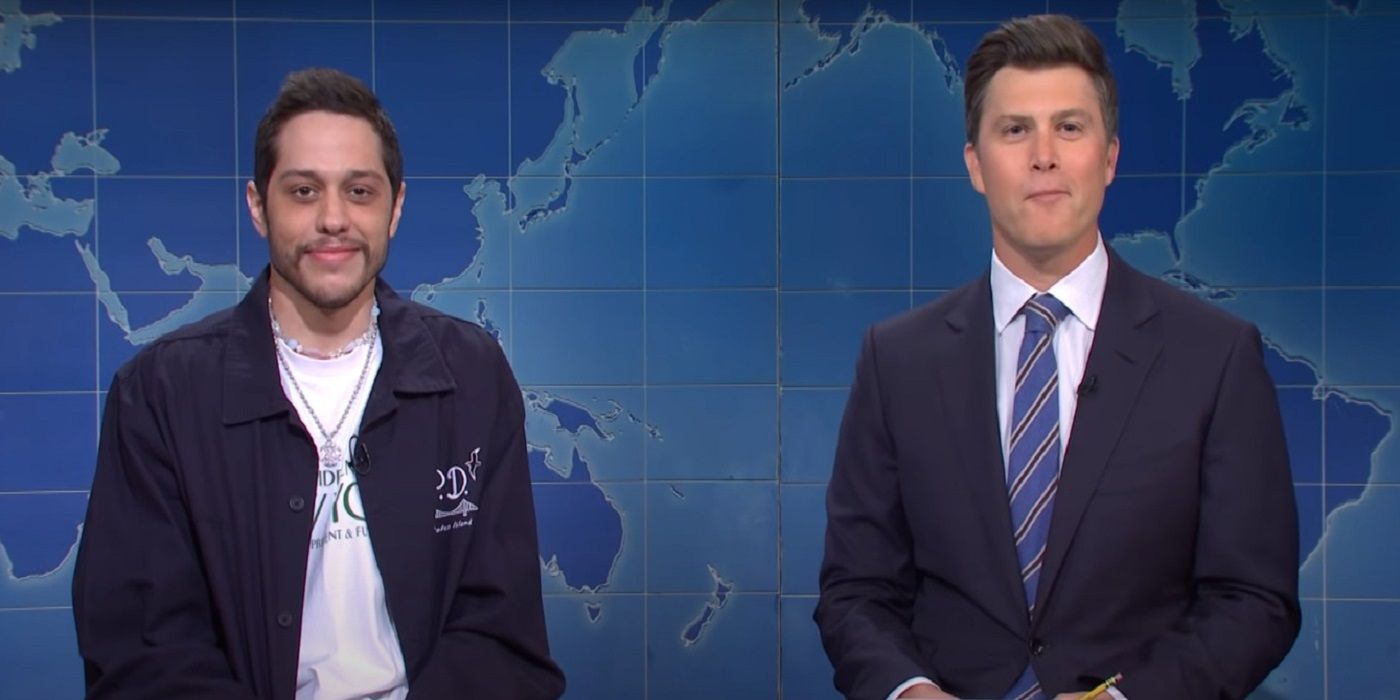 “That’s not some meth head, that’s the next Pete Davidson.”

The Season finale of Saturday Night Live has come and gone. One of the best parts of any episode is the ‘Weekend Update’ segment and the finale did not disappoint. Along with the traditional jokes from anchors Michael Che and Colin Jost, things got emotional as viewers said goodbyes to several cast members.

Some of the funniest moments from the segment included jokes about Fox News host Tucker Carlson spreading more misinformation, Jost comparing Florida Governor Ron DeSantis’ appearance to “my dad watching me in the school musical”, and nuns joining TikTok. Alex Muffett also returned as “Guy Who Just Bought a Boat” to give future vacationers tips on the perfect romantic travel destinations abroad. He may have only one steamy thing on his mind, but it is always fun to laugh at the boat owners’ deficiencies and performance issues.

However, as earlier mentioned, this was an emotional night with it being Aidy Bryant and Pete Davidson’s final episode. Bryant returned one last time to Weekend Update with Bowen Yang for a summer addition to their fan-favorite “Trend Forecasters” segment. They started out with fruit trends which included grapes with seeds and the “Watermelon Sugar” song being in; however, navel oranges are out! This then took viewers to the greeting and time trends, but the emotions poured in with future trends. This is where Bryant tried to hold it together as “10 nice years” and Yang calling Bryant “a friend I really couldn’t have done this without” being both in. Bryant has undoubtedly been a highlight for the show during her tenure and her chemistry with Yang in this segment is unmatched. Seeing both comedians get heated over absurd topics will never get old and this version of “Trend Forecasters” has been one of the best parts of Weekend Update in recent years.

The emotions continued with the final segment of the last Weekend Update for the season which featured Davidson. The segment started with Davidson’s usual self-referential humor as he called out Fox News regarding one of his most famous controversies on the show involving a joke about congressman Dan Crenshaw. However, the main focus was on Davidson leaving the show. He talked about how he was going to miss series creator Lorne Michaels and then joked about the advice Michaels gave him when he told the SNL legend he was engaged to pop star Ariana Grande after two weeks of dating. Davidson hilariously pulled out his Michaels impression for that one. After a few more jokes about Davidson showing the masses that anyone can join SNL, he thanked Lorne and SNL for always believing in him as well as always having his back. It was a rare heartfelt moment for Davidson and one could tell that his time on the show meant a lot to him.

These final segments with Davidson and Bryant helped make this such a memorable episode. Both talented performers are going to be missed, but you can relive the unusually emotional Weekend Update down below:

Dota 2’s The International will be held in Singapore

Apple tells suppliers about diversifying production away from China