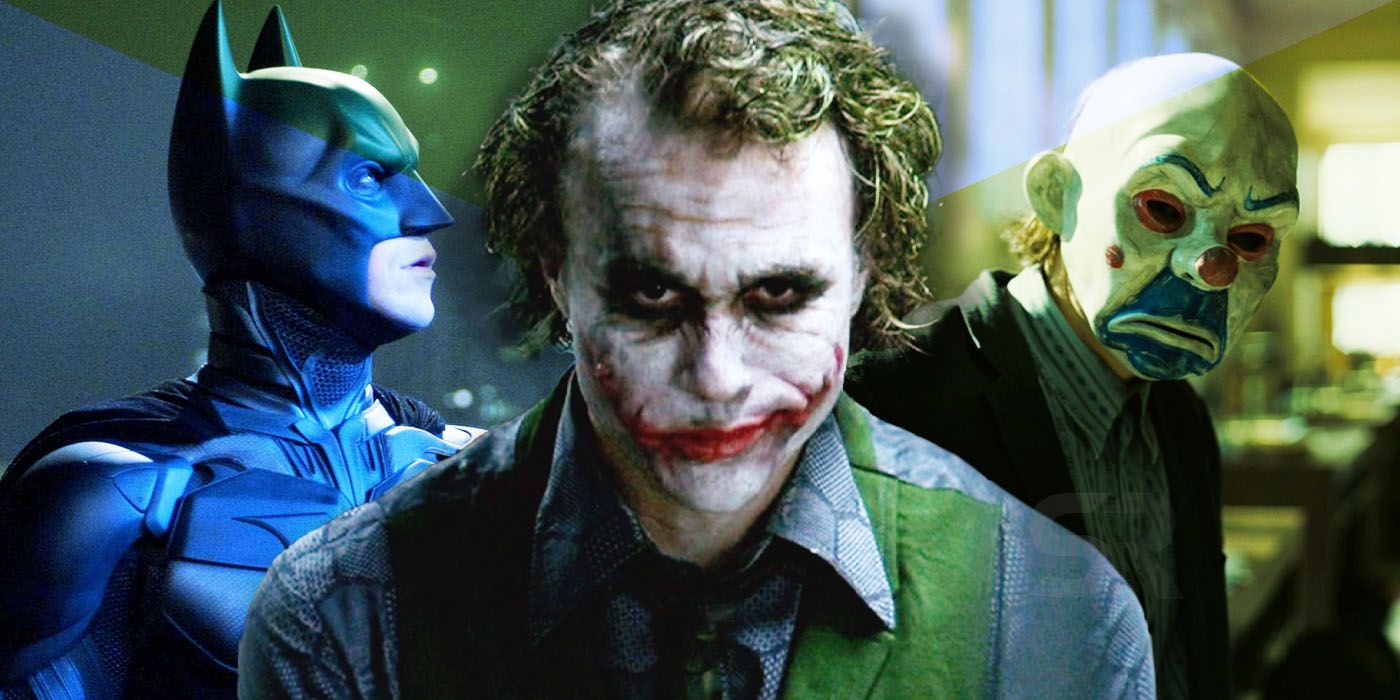 Warner Bros. wanted Christopher Nolan’s Dark Knight trilogy of Batman films to spawn a shared universe of DC films, according to screenwriter David S. Goyer. The films, particularly The Dark Knight itself, are widely accepted as some of the best superhero movies ever made. DC and Warner Bros. have struggled since Nolan’s trilogy concluded to create a stable and consistent future for their DC film franchise, while Disney and Marvel Studios have created one of the biggest film brands in history with the creation of the MCU.

Prior to the MCU, major shared cinematic universes weren’t the de facto goal of every movie franchise. Series like X-Men and Star Wars dabbled in the idea, but nowhere near the level seen today. So, when Nolan’s Batman trilogy started achieving major success, the idea of bringing in more DC characters and expanding the series into a shared universe wouldn’t have necessarily been a no-brainer. And with the director’s more grounded approach to the genre, it’s debatable how well other heroes and villains would have fit in.

None of that stopped Warner Bros. from asking, however, according to the writer of Nolan’s trilogy. Speaking recently with THR, Goyer revealed that while he and Nolan never aimed at creating a shared cinematic universe for DC, Warner Bros. pushed hard for the initiative. Goyer later worked on the early entries in the DCEU, writing Man of Steel and Batman v. Superman: Dawn of Justice. Read his full quote below:

“Chris always wanted to keep the Dark Knight films as a separate entity and [the studio] kept wanting, understandably, to pull him into a whole DC expanded universe. Chris obviously was a producer on Man of Steel, and it’s tempting to think they were linked, but they really weren’t. I mean, I’m sure one could retroactively do it.”

Looking back, turning the Dark Knight trilogy into the start of a different DCEU might not have been the worst idea for Warner Bros. The studio has found some success since then with films like Wonder Woman and Shazam!, but the franchise has also been littered with critical failures and repeated changes in overall direction. The Dark Knight remains the most acclaimed live-action DC film to date, and taking that moment into a shared universe could have worked out well.

Of course, there are also plenty of arguments in favor of Nolan’s more isolated story. The Dark Knight films are about Gotham specifically, with a limited scope and grounded tone that eschews most of the comic books’ fantastical stories, superpowers, and colorful costumes. Putting the weight of an entire franchise on those films could have held them back severely, potentially altering Nolan’s creative vision in detrimental ways. Fans will never know what a Dark Knight-centric DC film universe would have looked like, and that may ultimately be for the best.

This Year’s Perseid Meteor Shower Will Be The Brightest For Years. Here’s How To See Up To 50 ‘Shooting Stars’ In An Hour