Watch the Republican National Convention for free: How to livestream

The Republican Party formally nominated President Donald Trump for a second term Monday, one of the first acts of a GOP convention that has been dramatically scaled down due to the coronavirus. (Aug. 24)

While the Republican National Convention started early Monday, with President Donald Trump crossing the threshold of delegates needed to be formally nominated for a second term, the marquee event won’t take place until later this week.

Trump will formally accept the nomination in an address at the White House on Thursday.

In contrast to Democrats, who nominated Joe Biden in a virtual roll call from 57 states and territories, Republicans chose a more traditional approach: An in-person event in Charlotte, North Carolina, where delegates are conducting the convention’s official business.

USA TODAY will be streaming the convention here. 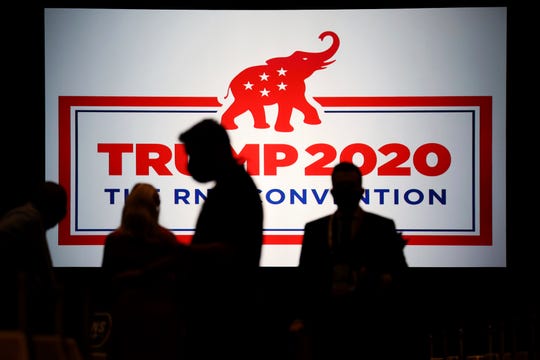 Through its partnership with ABC News Live, Hulu is streaming the convention live to all viewers for free, regardless of subscription plan.

News service Newsy will be providing live coverage on Wednesday and Thursday from 7-11 p.m. ET on Roku, Vizio, Amazon Fire and Apple TV.

On Peacock, viewers can stream live coverage and analysis with Chuck Todd on the NBC News NOW channel beginning at 8 p.m. ET for free.

If you’d rather listen to the convention, you can use your Amazon Echo or Alexa device by saying: “Alexa, play the Republican National Convention.” For those with a Google Home device, you can say, “Hey Google, play NPR,” and the speaker will tune in to a local NPR station.

CBSN will simulcast the Network’s primetime special reports from 10:00-11:00 p.m. ET each night of the convention and provide live analysis and reporting afterwards. It can be streamed from apps across smartphones, tablets, streaming devices such as Apple TV, and game consoles like Xbox and PlayStation.