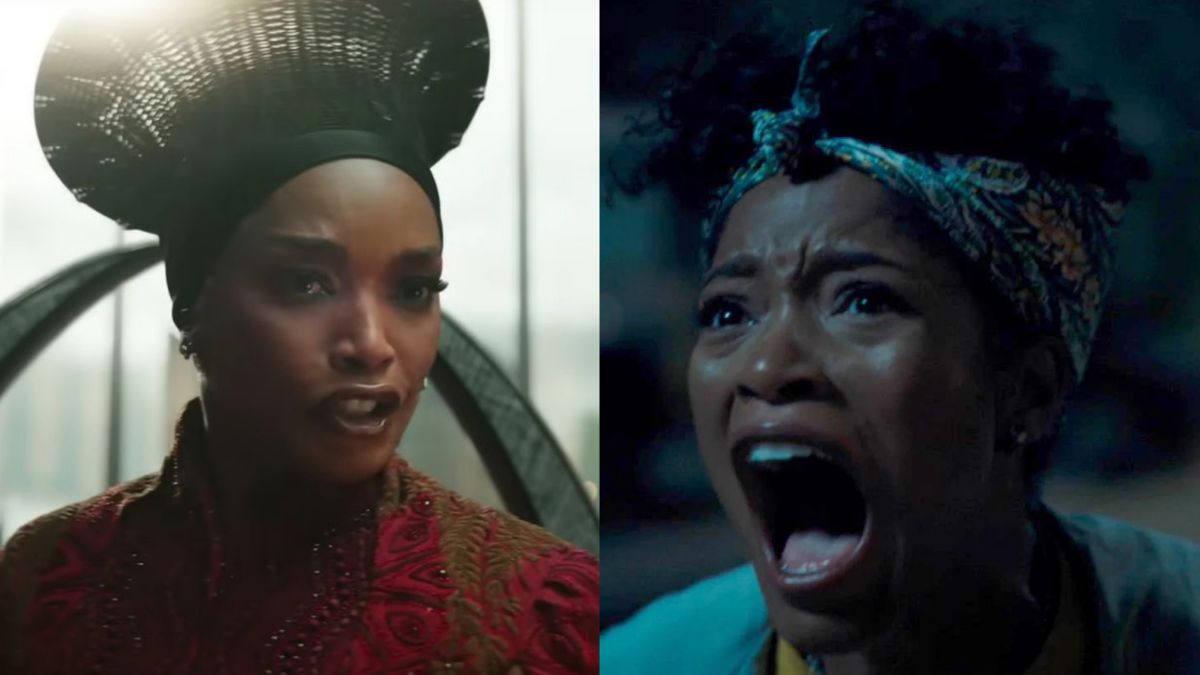 As the expression goes, “imitation is the sincerest form of flattery.” So when Keke Palmer does her impression of Angela Bassett, she’s really showing how much she loves the Oscar-nominated actress. The Nope actress previously went viral for doing a spot on Angela Bassett, and just recently she did it as the Black Panther actress watched.

It’s a great moment. Keke Palmer actually worked with Angela Bassett over 15 years ago on one of her first movies, Akeelah and the Bee, where Bassett played the mother to her spelling bee champ character. So, when the actresses reunited, Bassett had to witness the impression herself. Take a look:

Well, that couldn’t have gone better, could it? Angela Bassett told Keke Palmer that she had already seen her impression and thought it was very good, but wanted to see it live. Palmer went for it, reciting a moment from Bassett’s performance in 1992’s The Jacksons: An American Dream, and then Bassett ended up getting into character with her!

As Palmer shared, her impression started off as something she only did around Queen Latifah, who would practically demand that she do it for her, but once she did it while cameras were rolling it’s taken off even more and become one of her “most notable impressions.” Clearly, Palmer has watched the actress closely in her movies to nail Bassett’s likeness so well.

Ahead of Keke Palmer starring in numerous movies and television shows across her career, earlier this year she told CinemaBlend that Bassett’s performance in What’s Love Got To Do With It was a “big one” that heavily impacted her as a young girl. When she starred in Akeelah and the Bee at 12 years old, she got to be part of a reunion for the movie, with Laurence Fishburne playing Dr. Larabee with Bassett after they had starred in the Tina Turner biopic prior.

In the same reunion interview with Vanity Fair, Bassett revealed that Palmer was actually responsible for the pair being costars because some filmmakers listened when they asked her who she’d like to see play her mom. All these years later, these two actresses clearly get along super well, and I hope to see them work together again.

Keke Palmer has had an incredible year, between starring in Jordan Peele’s Nope and voicing a character in Pixar’s Lightyear. Bassett reprised her Black Panther role for Wakanda Forever, offering up another memorable performance, especially in that intense throne room sequence.

Marvel fans want to see Keke Palmer join the MCU as X-Men’s Rogue, and the actress is on board with being part of the MCU. It’s too bad, Bassett’s Ramonda had a tragic ending in Wakanda Forever, I don’t think they’d be able to collaborate in the MCU. Even if it’s not in an upcoming Marvel movie, here’s hoping Palmer and Bassett work together again because their chemistry is electric.