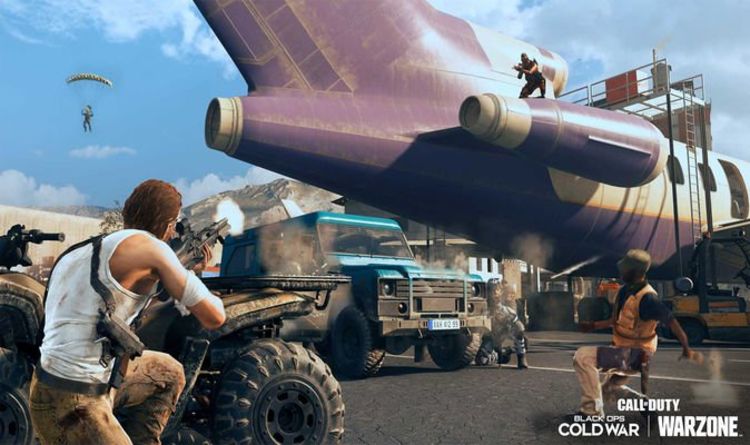 Today will see the launch of a new Call of Duty Warzone update, which looks to make even more weapon balance changes.

During the launch of Call of Duty Season 5 Reloaded, Raven nerfed several well-known combos, leading to a meta shift.

And it looks like more is being done this week to keep things fresh, with early patch notes confirming tweaks to the Krig 6.

The Krig has been seen as one of the best guns in the game over the past few weeks but will soon see an increase in recoil, which will make it less effective.

Raven justifies the change by suggesting that the Krig 6 is an entry-level which is being used by pros.

And it isn’t just rifles being tinkered with, as the OTs 9 and the TEC-9 are being adjusted alongside the Light Machine Gun Alpha and the Tactical Rifle Charlie.

According to Raven, the new Call of Duty Warzone update will arrive sometime today, likely before 6pm BST.

No set time has been announced for the new patch, with the development team telling fans online:

“Clarification: These are ALL of the changes coming to the Weapons and Attachments tomorrow.”

This confirms that today’s Call of Duty Warzone update aims to rebalance weapons and will not include any major content news.

This follows the release of a new Warzone and Cold War bundle, which makes it possible to play as Judge Dredd.

Available for a limited time, the Tracer Pack: Judge Dredd Store Bundle can put you — or more specifically, elite Operator Ingo Beck of the Warsaw Pact — in the boots of an icon from one of Britain’s most legendary and long-standing comic magazines.

A message from Activision explaining the character’s origins adds: “Introduced to the United Kingdom in 1977 and brought to the United States in 1983, a year before the “current events” of Black Ops Cold War, Judge Dredd is a household name within the European comic book world. He is not a typical “superhero,” but rather the definition of law and order, as revealed in his backstory:

“Cloned from the founder of the Judges, the “Father of Justice” Eustace Fargo, Joe Dredd was engineered to be among Mega-City One’s greatest law enforcers, and his reputation as the toughest, most respected and feared of the zero-tolerance cops precedes him.

“Uncompromising and unwavering in his commitment to the law, Dredd strikes terror in the hearts of any criminal with his mere presence. In the vast twenty-second-century metropolis, every citizen is a potential perp, and Dredd is the epitome of summary justice.”

What’s behind the Simulation game genre’s rise to prominence and success?