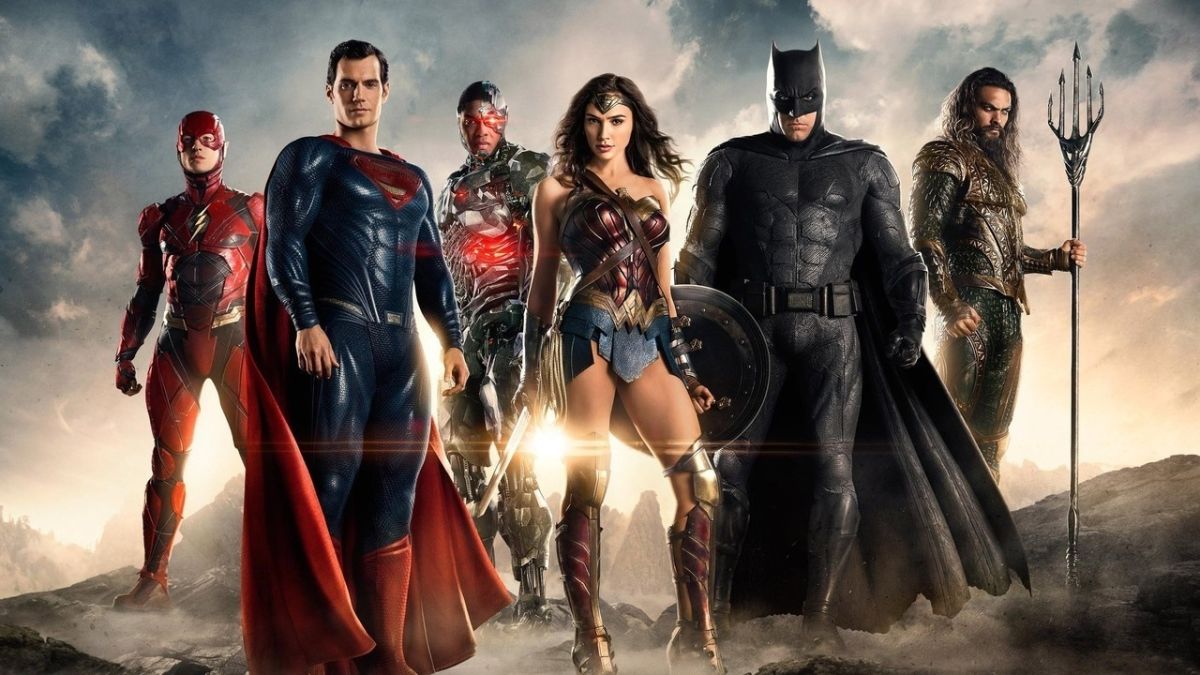 During its Q2 2022 earnings report presentation, Warner Bros. Discovery (WBD) – the recently merged entertainment corporation – revealed its plans to build a Marvel Cinematic Universe-style franchise for its own superhero film series. That being, the DC Extended Universe (DCEU), which is subsequently set to undergo a significant reboot.

Wait, didn’t Warner Bros. already attempt this? Yes, with a Zack Snyder-led movie line-up before the studio shelved those plans in favor of a multiverse-style, disconnected project approach. That blueprint has been relatively successful but, now that Warner Bros. and Discovery have joined forces, it’s a model that’s getting cast aside for an MCU-like franchise instead.

Black Adam star Dwayne Johnson’s claim that the “hierarchy of power in the DCEU is about to change” suddenly takes on greater significance – but this can’t be what the Hollywood A-lister had in mind when he originally conceived that phrase.

How so? Because Warner Bros. Discovery’s latest cinematic universe plan isn’t going to work – and that’s down to the numerous in-development projects and ready-for-release productions on its current slate.

I don’t want them to follow the MCU. I want them to make their own formula. Ffs. More creatively free projects like The Batman and The Suicide Squad that do t necessarily have to be tied down by an interconnected universe pic.twitter.com/ttQ3R20ZAYAugust 4, 2022

Currently, there are four DCEU movies set to land in theaters between October 2022 and June 2023 – Black Adam, Shazam!: Fury of the Gods, Aquaman and the Lost Kingdom, and The Flash. Those films have locked in release dates but, as Warner Bros. Discover CEO David Zaslav explained during the company’s latest earning report (opens in new tab): “We’re not going to release any film before it’s ready”.

Does that mean that quartet could see their release dates switched again? And, in The Flash’s case, could it be shelved entirely? There’s been plenty of negative press around the movie recently, what with numerous allegations made against lead star Ezra Miller. Warner Bros. Discovery has shown it’s not scared about dropping projects that are all-but-ready for release – the shocking cancellation of its Batgirl movie earlier this week is proof of that. Those involved in The Flash, then, may be worried about befalling a similar fate.

That leads us onto the wider picture surrounding the DCEU’s legacy content – namely, where, or even if, they fit into Warner Bros. Discovery’s new DC movie and TV show blueprint.

Characters like Shazam, The Flash, and Aquaman already exist in the DCEU, so what does that mean for them in WBD’s new plan? Will Zachary Levi, Ezra Miller, and Jason Momoa – the lead stars of these franchises – be kept on, or will WBD recast them as it reboots its superhero cinematic universe?

What about Gal Gadot’s Wonder Woman or Henry Cavill’s Superman? The former is supposed to be getting a third solo outing, while Cavill has consistently stated his desire to reprise his role as the Man of Steel, despite the fact he hasn’t appeared in a DC movie since 2017’s Justice League. That is, if you discount Zack Snyder’s Justice League cut, which landed on HBO Max in March 2021.

Will WBD keep these actors in their current roles and use their star power to help reboot its shared cinematic universe? Or, like Levi, Momoa, and Miller, do you wipe the slate clean and cast new actors in these roles?

If Warner Bros. Discovery goes down the first route, it risks confusing viewers when, say, a new Wonder Woman movie comes out. Audiences may think that a third Gal Gadot-starring film is set in the DCEU when, in actuality, it may reside in WBD’s rebooted DC cinematic universe. This has happened before with a DC film, with The Suicide Squad’s cast and crew struggling to clarify whether the 2021 movie was a reboot of, or sequel to, the similarly named Suicide Squad that released in 2016.

That’s a problem that extends to other DCEU properties. Matt Reeves’ The Batman is completely disconnected from other DCEU productions; the latest Batman movie series existing in its own pocket universe. A sequel was greenlit by Warner Bros. before its merger with Discovery, while two spin-off projects – one starring Colin Farrell’s Penguin, and the other described as a horror-style Arkham Asylum series – are currently in the works.

How does WBD work The Batman’s mini-universe into its reshaped and interconnected movie series? Does it merge it into the new DC cinematic universe, or will The Batman-Verse be allowed to continue existing in a separate timeline? If it’s the latter, WBD won’t be able to bring the Dark Knight into its new cinematic universe – like its Wonder Woman conundrum, having two Batman characters in different film franchises would confuse audiences.

Choose the first option, though, and Reeves’ overarching plan for The Batman-Verse would need to undergo some significant tweaks to squeeze it into WBD’s new DC movie and TV series line-up. That may not sit well with Reeves and company, however, especially when Todd Phillips and Joaquin Phoenix’s Joker-centric film series is being allowed to exist in its own universe.

A follow-up to the duo’s award-winning 2018 movie is coming in October 2024 so, clearly, WBD is happy for some DC properties to sit alongside its rebooted DC cinematic universe. But, again, won’t this muddy the waters? If WBD wants people to buy into its shiny new cinematic superhero universe, wouldn’t it be best if all of its productions were interconnected?

And what of those current DCEU shows that exist on HBO Max, other streamers, or broadcast TV channels? Well, WBD doesn’t have to worry about The CW’s Arrowverse – that franchise is set to end next year when is final season of The Flash airs.

But there are other projects in the works. A second season of the John Cena-starring Peacemaker is on the way, and showrunner James Gunn claims it’s safe from the chopping block (opens in new tab). Green Lantern and Justice League Dark were also reportedly getting TV adaptations before Warner Bros’ merger with Discovery, while there are plenty of animated series – including Harley Quinn – that may or may not continue past their currently airing seasons.

Warner Bros. Discovery may think it has a brilliant plan to rework the DCEU – even if it’s one that looks to replicate the success of Marvel Studios’ cinematic juggernaut. However, WBD has some big questions it needs to answer before it can even think of ploughing ahead with its 10-year blueprint for an MCU-style franchise. Fail to answer any of them effectively, and its latest cinematic reboot will stall before it even leaves the garage.

For more DCEU-based content, check out our ranking of every DC superhero film to date.