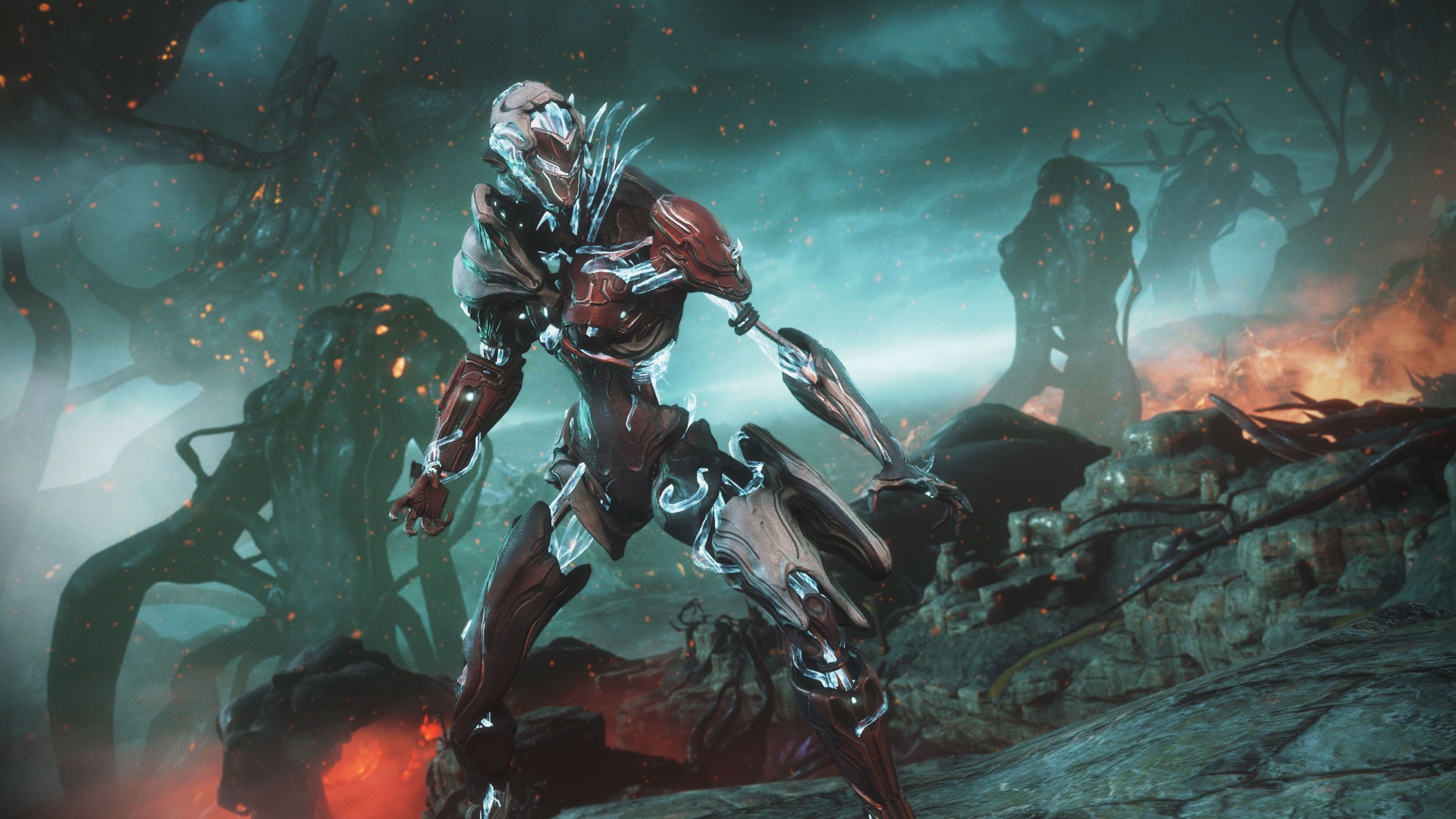 Warframe‘s next big expansion is adding a whole new layer of customisation for your space ninja toolbelt. With the arrival of Heart of Deimos, you’ll be able to recycle old warframes to use their powers with the warframes you rely on most, but you’ll have to be willing to part ways permanently with the old suits.

Heart of Deimos introduces the Helminth Chrysalis system, which developer Digital Extremes revealed at TennoCon 2020. Warframe players will already be somewhat familiar with the Helminth, which is an organism that lives aboard the Orbiter and up until now has only manifested itself in various growths and the Helminth cysts that grow on infected warframes.

Well, Heart of Deimos will be letting us come a bit more face to face with the Helminth in the free to play game. When you head back to the infirmary, you’ll find a massive Little Shop of Horrors style mouth protruding from the back wall, as well as a new area of infestation just to the left. By sacrificing an old warframe to the Helminth and keeping its ‘secretion’ meters topped off, you’ll be able to harvest one of the old warframe’s powers for use in other warframes.

That warframe will be consumed over the course of 24 hours, but you’ll keep the power you’ve harvested from it. Sacrifice a Volt, for example, and you’ll be able to equip other warframes with his signature shock ability.

It’s important to note that the only warframes you can sacrifice to the Helminth Chrysalis system are the ‘vanilla’ warframes that you can earn repeatedly through in-game activities – Digital Extremes says it isn’t going to let you sacrifice premium Prime warframes, although these can be modified with abilities you’ve harvested from other suits.

There’s plenty more to look forward to about Heart of Deimos, from undead mechs to rideable dragonflies. The Heart of Deimos release date is set for August 25.

Everything We Learned About Warframe’s Heart of Deimos Expansion