viewers more than doubles in under 2 years

Tom Ryan never expected to have 100,000 hours of content and 26.5 million monthly active users to his Pluto.TV just a few years after launch.

Raising money for his idea that a traditional ad-supported TV network could work within an on-demand streaming universe “was really challenging,” he says. But he kept pushing, eventually selling the service to Viacom (now CBS) for $340 million in early 2019.

Now usage has more than doubled, from 12 million in January 2019, and he has his eyes on another doubling of the current figure within another two years.

“Pluto has exceeded my wildest expectations,” says Ryan, Pluto TV’s CEO. “The growth is just off the charts.” 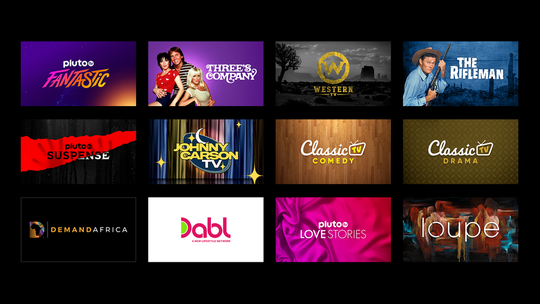 He should be. The COVID-19 crisis has paid off, in an odd way, for Pluto TV, in that it’s given cash-strapped consumers “a free alternative to subscription fatigue,” says Peter Csathy, president of consultancy CREATV Media.

The original idea behind Pluto TV was that free TV works.

Xumo: Cutting the cord: As prices go up, here’s how you can still save money streaming

“We wanted to put the best of what made TV great and combine it with the best of the internet,” says Ryan. “Advertising has supported the creation of some of the best TV content since the early days of TV,” and when viewers see the endless tiles of available streaming programming, they get confused, he says.

That idea has been vindicated.

On any of the services you can watch golden oldie TV shows like “Bewitched” and “The Rockford Files” for free or movies like “There’s Something about Mary” or “Sabrina,” presented in a Netflix like array of curated tiles.

What they don’t have is what Pluto TV has – channels. Hundreds of them. Two hundred to be exact.

The key is that unlike an on-demand service like Pluto’s corporate cousin CBS All-Access, Pluto TV content isn’t generally offered on demand, nor will it have the complete library, as in every episode.

But then again, it’s free.

Ryan says that while original productions get attention from the press, viewers actually flock to library content, stuff that’s familiar to them. This is why, he notes, reruns of classics like “Friends,” “The Big Bang Theory” and “The Office” were recently sold to HBO Max and Peacock for millions of dollars.

On Pluto TV, the two most popular channels are the CSI and Star Trek channels, as well as the one devoted to nothing but James Bond movies from the 1960s through today.

It’s a long stretch from how Pluto started, with mostly short clips that were first seen on YouTube. Over the years, that’s expanded as the movie studios found a home for older content that wouldn’t be sold in syndication, and as local stations gave more airtime to homegrown news. TV series from the 1950s and 1960s and even blockbuster movies from two decades ago would be hard pressed to find on local TV.

Thus, Pluto TV found a market. Since the CBS purchase, it’s created channels for its owned content, like CSI, and programs from TV Land, MTV and Comedy Central, but Ryan points out that Pluto TV is not the CBS channel, and that it has deals with many suppliers.

But even as it shifted toward premium content, it also has left some remnants of the old Pluto TV up, like the 24 hour channel that shows nothing but footage of a train on European tracks. “We want to keep Pluto weird.”

As the programming has grown, so have the outlets. Beyond being a fixture on Amazon Fire TV and Roku streaming players, Pluto TV is also a featured free channel on smart TVs from Samsung, LG and Vizio.

Csathy says Pluto TV has a leg up over rivals like Tubi and Xumo (which was acquired by Comcast in February) in that it had a head start. The CBS cash infusion came a year before the corporate giants turned to rivals, “and that really helped Pluto with brand recognition,” he says.

NASA Astronaut Jeanette Epps Will Be Aboard Boeing Starliner