Venus Night Winds Go In The Opposite Direction That We Thought 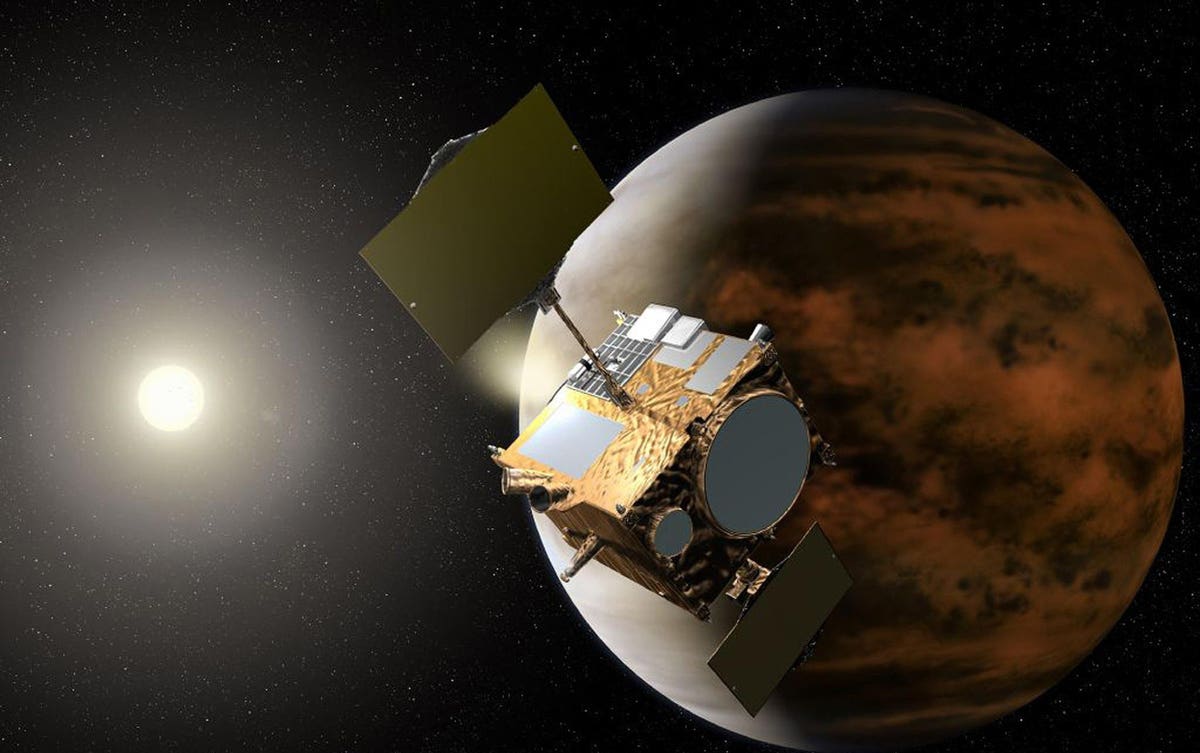 How do you take a picture of a planet’s weather in darkness? It’s been hard for us to get nighttime cloud imagery of Venus despite nearly 60 years of observations at the planet that we once hoped was the twin of Earth.

Now, Japanese researchers say they have tweaked a long-running mission’s infrared or heat-seeking sensors to show us the weather of the lava-filled planet at night. At issue is not only the extreme climate in which Venus operates, but also its bizarre weather system. The clouds whip around so fast that researchers refer to the pace of their global circling as “super-rotation”. Without care, the individual cloud features appear as a blur to spacecraft cameras in orbit.

“Small-scale cloud patterns in the direct images are faint and frequently indistinguishable from background noise. [So] to see details, we need to suppress the noise,” stated team member Takeshi Imamura, a professor at the graduate school of frontier sciences at the University of Tokyo.

As any experienced astronomy photographer on Earth will tell you, we have long-standing techniques to show the things we want to see while suppressing the things we don’t. For example, taking a series of images and then “stacking” them in software may enhance the light of a faint object in Earth’s night sky, like a comet. But Venus’ whipping weather doesn’t make this an easy practical solution.

Happily, University of Tokyo graduate student and study lead author Kiichi Fukuya developed a software fix to ease the blur, finally allowing Venusian scientists on the Japanese Akatsuki mission to glimpse the north-south winds that dominate the planet’s weather. To researchers’ surprise, they saw that the winds flow in opposite directions at night — which may change the way we think about weather at other planets besides Venus, too.

“Such a dramatic change cannot occur without significant consequences,” Imamura said. “This observation could help us build more accurate models of the Venusian weather system which will hopefully resolve some long-standing, unanswered questions about Venusian weather and probably Earth weather too.”

And the sooner we gather weather details, the better. There are going to be several spacecraft heading out to Venus in the coming years to study this planet up close. Scientists have said that Venus is lacking in a “cadence” of missions that allow us to track weather and surface patterns over time; as we only lob a mission out there once a decade or so, there are gaps in the data when nothing is observing close by.

But that is set to change in the next decade, as Venus will suddenly receive a suite of visitors at a pace that we are more used to seeing for Mars missions. The various missions include DaVinci+ and Veritas (from NASA) and EnVision (from the European Space Agency). Further, a planned mini-mission from company Rocket Lab in 2023 could pioneer a new set of tiny planetary missions that focus on a single thing; further in the future, a fleet of such mini-spacecraft could work together in situ to give us a wider picture of Venus at relatively low cost.

A paper on the recent Venus finding was published in Nature.

Denial of responsibility! TechCodex is an automatic aggregator of the all world’s media. In each content, the hyperlink to the primary source is specified. All trademarks belong to their rightful owners, all materials to their authors. If you are the owner of the content and do not want us to publish your materials, please contact us by email – admin@techcodex.com. The content will be deleted within 24 hours.
AkatsukiEarthjapanNASAplanetVenusweather
0
Share

Gods Among Us Movie Cast and Release Window Announced