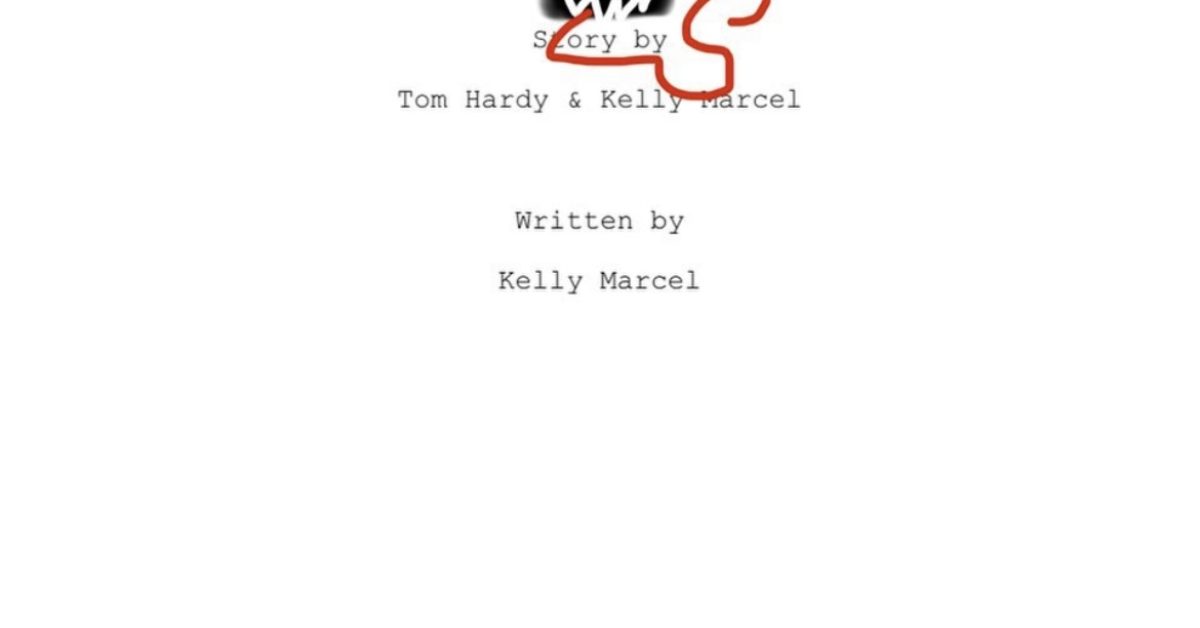 Venom 3 was a no-brainer (sorry, not sorry), and star Tom Hardy posted on Instagram the title page for the script with no caption this morning. According to the page, the story is by Hardy and Kelly Marcel, with a script by Marcel. In his stories, he posted the same picture with the words “Last Dance” flashing, possibly indicating this will be his last time playing Venom as well. I don’t know, I hate that this is how we learn news now. You can see the post down below. Whoever drew that Venom head has mad skills.

Venom 3 Should Be A Morbius Crossover

We have no idea if this means the script is done, or if they took a week drawing that cute little Venom face and that’s all, or anything else. All this confirms is that work has begun on the film really. The first two films starring hardy combined to gross $1.3 billion combined at the box office and is mostly responsible for the green lights Sony has been giving to all the other Spider-Man Universe films lately, including Madame Web, Kraven The Hunter, El Muerto, and yes, Morbius.

As far as we could find, there has been nobody officially hired to direct this film either, though Andy Serkis, director of Venom: Let There Be Carnage expressed interest in interviews after that film was released last October. After teasing fans with Hardy in the credits scenes of that film and Spider-Man: No Way Home, it would be pretty mean of them NOT to include the web-slinger at this point, though who be playing him is up for debate. It is all very confusing. One thing we know might happen though? A Morbius appearance, as they attempt to make an interconnected Spidey film universe without Spider-Man, even if we do not want them to.