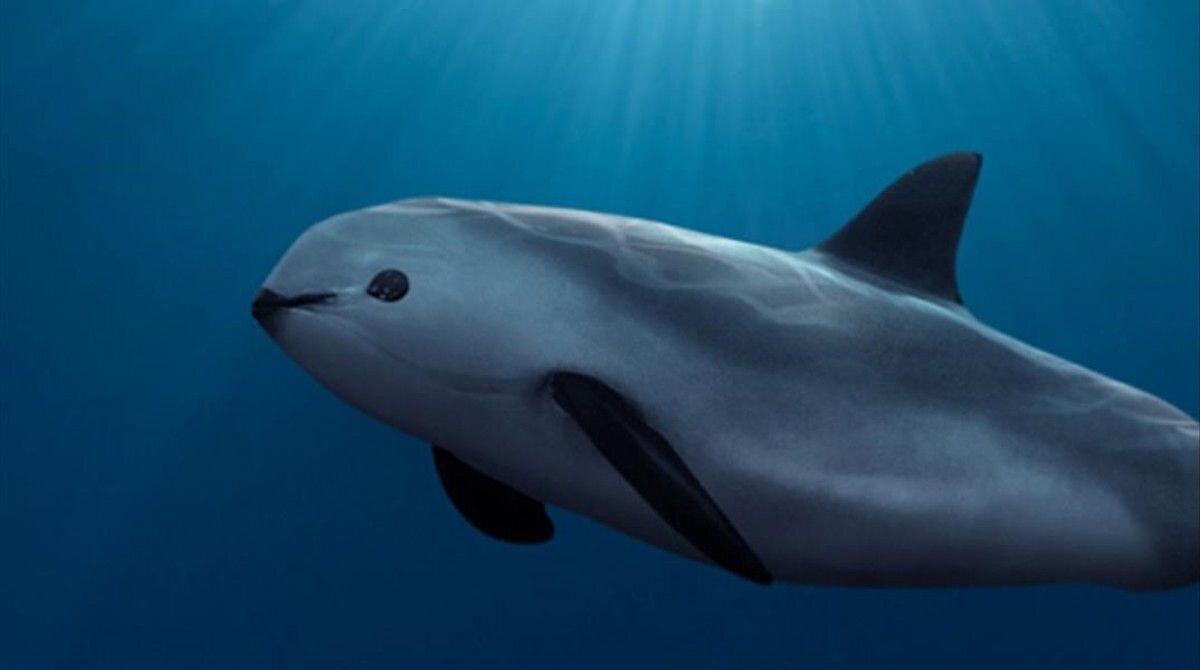 Projections previously indicated that the vaquita could be extinct by now but, while they remain the world’s most endangered marine mammal, the new research shows the few survivors are reproducing, and may have developed ways to avoid the gillnets that have otherwise decimated the species.

The study, published in Endangered Species Research, also documents high levels of illegal fishing within the last tiny stronghold for vaquita in Mexico, which puts the survival of the vaquita at greater risk.

Dr. Lorenzo Rojas-Bracho, lead author of the research, says that “finding any vaquita in the area is a surprise, given the rapid declines detected in previous surveys. These survivors are the future of an endemic species of Mexico and must be protected.”

Researchers estimated that between seven and 15 individual vaquitas were seen in 2019 and between five and 13 were seen in 2021, with calves sighted both years. Previous research had estimated fewer than 20 remained in 2018, with the population declining by around 50 percent per year. So, observing these survivors seemed miraculous given the almost certain increase in the number of gillnets known to be the sole threat to the species.

Small-scale fishers use the gillnets to catch shrimp and fish, but the nets can also entrap and drown vaquita. Scientists stressed that the only way to help save the vaquita is to prevent gillnets from being set in the small area where these small porpoises are found.

The paper reiterates that until fishers can make a living without using gillnets, extinction is unavoidable. Alternative fishing gear that would not entangle vaquita exists, but requires additional investment, effort and enforcement to implement. None of this alternative fishing gear was observed being used in recent surveys.

“Against all the odds, we still have one last chance to save the vaquita,” said Dr. Barbara Taylor, a research scientist at NOAA Fisheries’ Southwest Fisheries Science Center and co-author of the paper. “Give these animals a chance and they can survive.”

The research used an established method called expert elicitation to determine the number of individual vaquitas seen across multiple shipboard surveys in 2019 and in 2021. The surveys concentrated on the 12- by 24-kilometer area where nearly all detections of vaquitas in recent years have been made.

The number of individuals seen can be taken as an estimate of the minimum population size. There is not enough information available to determine a more accurate total population size, in part because crews of vessels fishing illegally have damaged and stolen acoustic monitors that could provide more detailed and long-term data.

Professor Len Thomas of the Centre for Research into Ecological and Environmental Modelling (CREEM) at the University of St Andrews in Scotland, who undertook the expert elicitation, together with Cormac Booth of the University-associated SMRU Consulting, says that “in the absence of direct data on the quantities of interest, expert elicitation is the next best alternative for providing quantifications that can be used for decision making.”

The scientists identified clues suggesting that some remaining vaquitas may have learned to be more wary of gillnets. They noted that a few vaquitas appeared to avoid gillnets during an effort in 2017 to capture and protect some remaining animals in captivity. Some also had scars from previous gillnet encounters that they have survived.

Dr. Taylor noted that “if you kill 99 percent of the animals, the one percent that is left is probably not random. Models do not necessarily account for the intelligence of vaquitas that may have learned how to escape gillnets. That could help stave off extinction of the species a little longer, but vaquita are not far from disappearing because gillnets remain the primary means of making a living in nearby towns, and even protecting the small area where vaquitas remain seems beyond enforcement abilities.”

“Until fishers have access and training in alternatives to gillnets, vaquitas’ extinction is guaranteed.”

Dr. Rojas-Bracho added that he has “said several times that vaquitas are very resourceful and if we stop killing them, they will recover. Mexico has all the ‘ingredients’ for management actions to prevent this species from becoming extinct and, in the long term, to recover.”