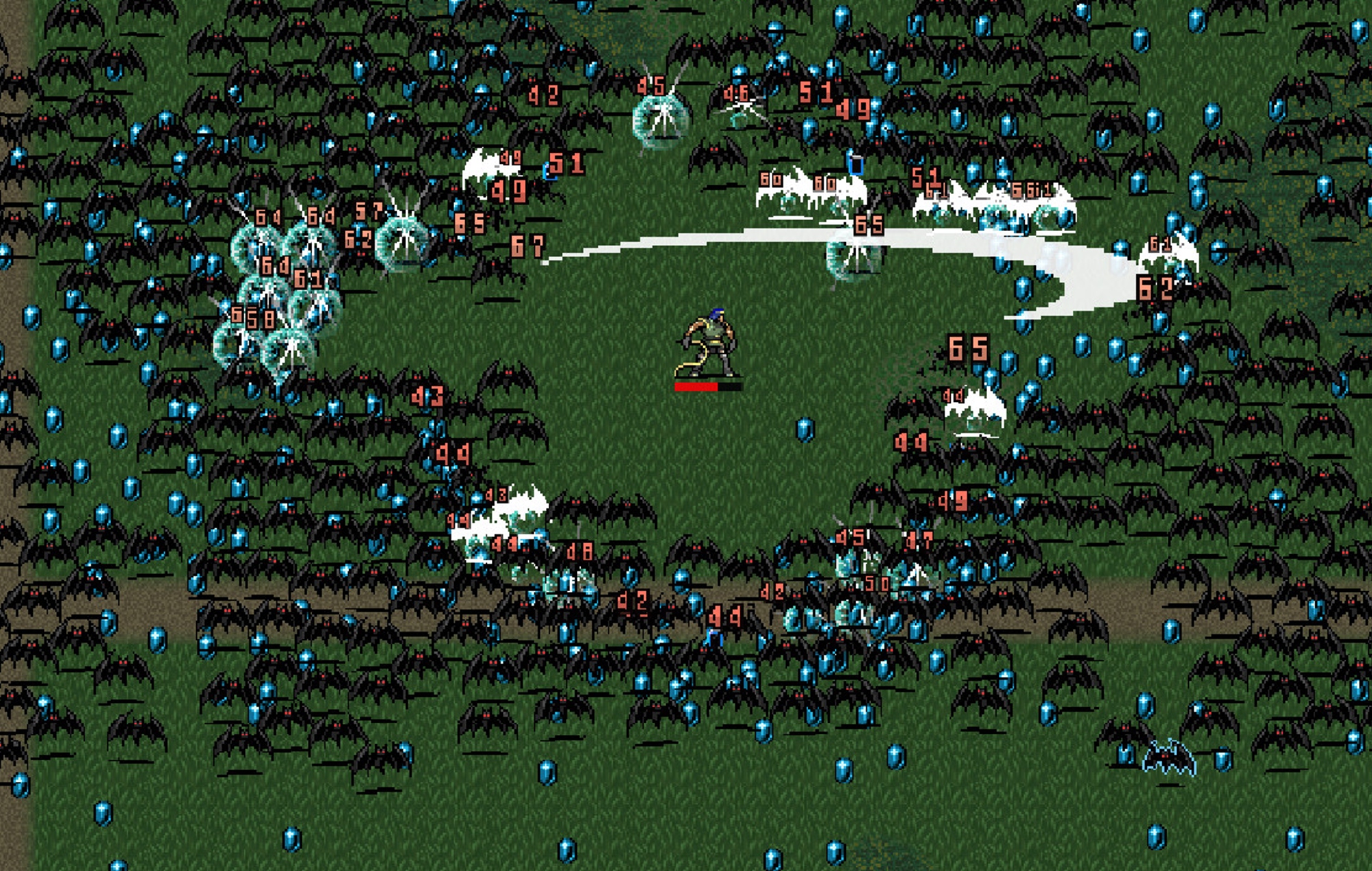 As outlined by developer Poncle, patch 0.10.0 (not the version 1.0 patch, for which fans will have to “wait a bit longer”) is nicknamed “The Not One”, adding in two new achievements, two characters (Cosmo Pavone and Big Trousers), a new arcana, weapon and cheats.

There are a lot of cheats being added into Vampire Survivors, with some being much more helpful than the last.

A joke cheat will make the user interface spin for a short while, whilst other cheats can unlock each of the five stages in the game. Cheats are also available for all the characters and relics in the game, instantly unlocking them. There are also eight cheat codes for secret characters too.

All of the cheat codes for each individual unlock should go up on the game’s Steam page when the patch notes are live.

Earlier this year Vampire Survivors creator Luca Galante talked to NME about quitting his job to develop the game full time: “I just felt like I didn’t have a choice, really. I just thought that I would regret not trying to spend as much time as I could on this. This is clearly a success, I spent almost nothing on the original game, I really wasn’t expecting this kind of attention – I just wanted a little something I could play and relax [with] over the weekend.”

After releasing at the end of 2021, Vampire Survivors is in Early Access to help ensure that all ongoing tweaks can be influenced properly by community feedback, according to the game’s Steam page.

In other news, more details surrounding the harassment of Bungie employees have been revealed via the company’s lawsuit of a Twitch streamer.

These baboons borrowed a third of their genes from their cousins