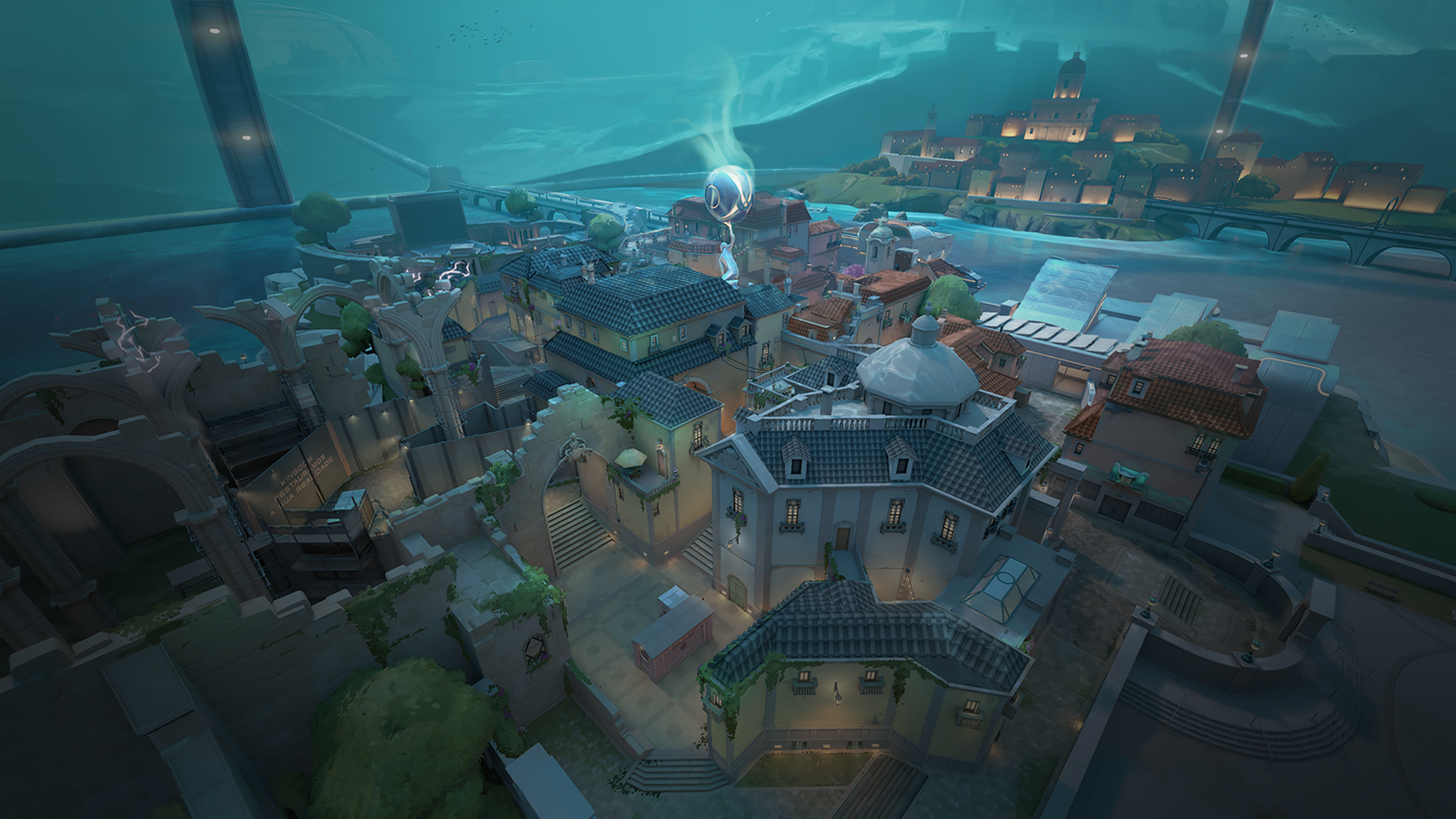 Ahead of Episode 5, Act 1 in Valorant, Riot Games has revealed a brand new map inspired by Portugal. The trailer for PEARL was unveiled at 6pm BST, with a developer livestream and plenty of community gameplay amongst content creators following shortly after.

Take a peek at the trailer for PEARL here.

Riot also kindly gave me access to the map for some time, and needless to say, Valorant players are going to have a blast getting to know the ins and outs of PEARL when it launches on June 22.

PEARL marks Valorant’s eighth map since it first launched just over two years ago, and will also be the first map set on Omega Earth, unlocking an entirely new narrative arc for the story of Valorant and its twenty Agents. The map also has no fancy mechanics such as doors and teleports to think about, and is primarily focused on three lanes surrounded by water, and the two sites that it hosts.

The two-site map is entirely geo-driven and heavily inspired by Portuguese culture. In some instances, areas of the map have been authentically created by Portuguese artists, and the map is humming with vibrance and life. I can already see this underwater city being a favourite amongst many.

PEARL will be introduced to Valorant formally on June 22, and the map will be unavailable for Competitive games for two weeks after launch, to give players some time to get used to the map first. You’ll also be able to jump into a PEARL only queue, so you can practise Unrated games on the map to your heart’s content.

That’s not all that the first Act of Episode 5 is bringing players though. Patch 5.0 will be introducing one of the bigger changes we’ve seen in recent months, and that’s an entirely new competitive rank known as Ascendant.

This rank will be situated above Diamond, but below Immortal, and has been introduced as an attempt to aid rank distribution. It’s become clear to Riot that there are far too many players in Bronze and Silver ranks that don’t belong there, but they do not want Platinum and Diamond ranks to become overpopulated; hence, we will be seeing Ascendant players soon.

The skinline to kick off Episode 5, Act 1 is one that is heavily inspired by sci-fi FPS games. Prelude to Chaos will feature a spray, buddy, and melee skin, with further skins for the Vandal, Operator, Shorty, and Stinger. The melee is certainly one that’ll impress a few, considering it’s an out of this world dual-wielded sword.

The Shimmer skinline is a pink, shimmery, unicorn-lovers dream. The mystical skins are available for the Classic, Judge, Bulldog, and Stinger. Spitfire skins will be available for the Ares, Ghost, Guardian, and Operator and are a simple, fiery skin. Finally, those who grind their way through the battle pass will be privy to Task Force 809 skins for the Frenzy, Marshal, Phantom, and Spectre. There’ll also be a Task Force 809 melee weapon, and if I’m being honest, these are the least appealing skins of the bunch.

Shared by producer at Riot, Laura Baltzer, the team wanted to boost players morale with this battle pass, “we wanted to create items that made players feel like they were the best of the best.”

Laura details some examples, “The We Can Do It spray shows our favorite Australian Initiator encouraging her teammates. Your Task Force 809 Phantom can do a few reps with the Heavy Lifting Buddy and still keep shooting. Even Tactibunny gets in on the action with the Tactibunny Terror Player Card. You can even flex on teammates and enemies alike with the Waddle Walk Animated Spray.”

Those are just a few of the items featured in the battle pass that you can look forward to grinding for come June 22.

You’ll be able to check everything out for yourself as of June 22, but in the meantime, what do you think of the new map PEARL, and the introduction of an Ascendant rank?