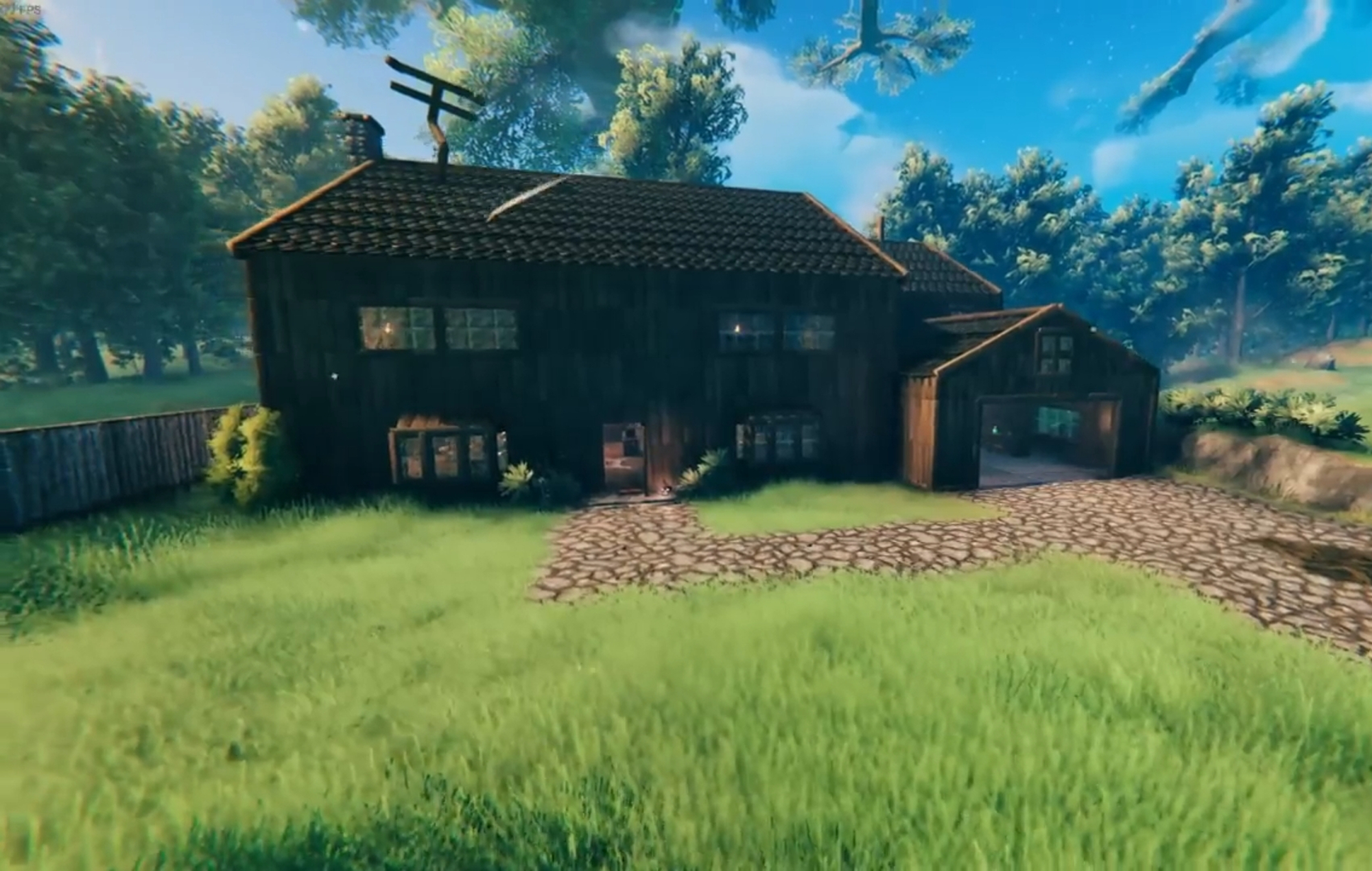 One Valheim player has recreated several recognisable places from The Simpsons, from Moe’s Tavern to Krusty Burger and the family house.

OhhhBoyyyyy started off with Marge and Homer’s house, showcasing the exterior and several shots of the garden – which includes the treehouse and a doghouse for Santa’s Little Helper – as well as the interior. The faithful recreation has even fleshed out the inside of the house, including a Norse version of the iconic Simpsons family couch.

Next up was Moe’s Tavern, which included a creatively-constructed pool table that used “green linen capes, two flint spears and an amber pearl billiard” to build. Like the last creation, the interior of Moe’s Tavern in Valheim was filled with small details and Easter eggs for fans of The Simpsons.

Finally, yesterday (October 26) OhhhBoyyyyy revealed his most recent Valheim build: Krusty Burger, complete with giant burger sign. Screenshots of the Krusty Krab in Valheim even included a Viking longship going through the drive-thru, as well as a fully-functional restaurant within.

Speaking to PC Gamer, OhhhBoyyyyy said that each build took around 6-8 hours, though they’re now aiming to recreate the rest of Springfield. Outside of The Simpsons, OhhhBoyyyyy told one Reddit user that they are “certainly not against doing some Futurama builds” in the future.

In other news, BlizzCon 2022 has been cancelled to make it “safe, welcoming, and inclusive” in the future. Activision Blizzard currently faces a lawsuit alleging sexual harassment, and several high-profile employees at Blizzard have left as a result.

outlook: Microsoft Outlook is rolling out this useful feature next month

TimeSplitters 2 has hyper-sensitive aiming on Xbox, but it’s still a blast

Housemarque Is Teasing Something New For Returnal

A political horror film is invading the streaming…

Get Spider-Man for only 40p this Black Friday…

The best new movies and shows to stream on…

TimeSplitters 2 has hyper-sensitive aiming on…