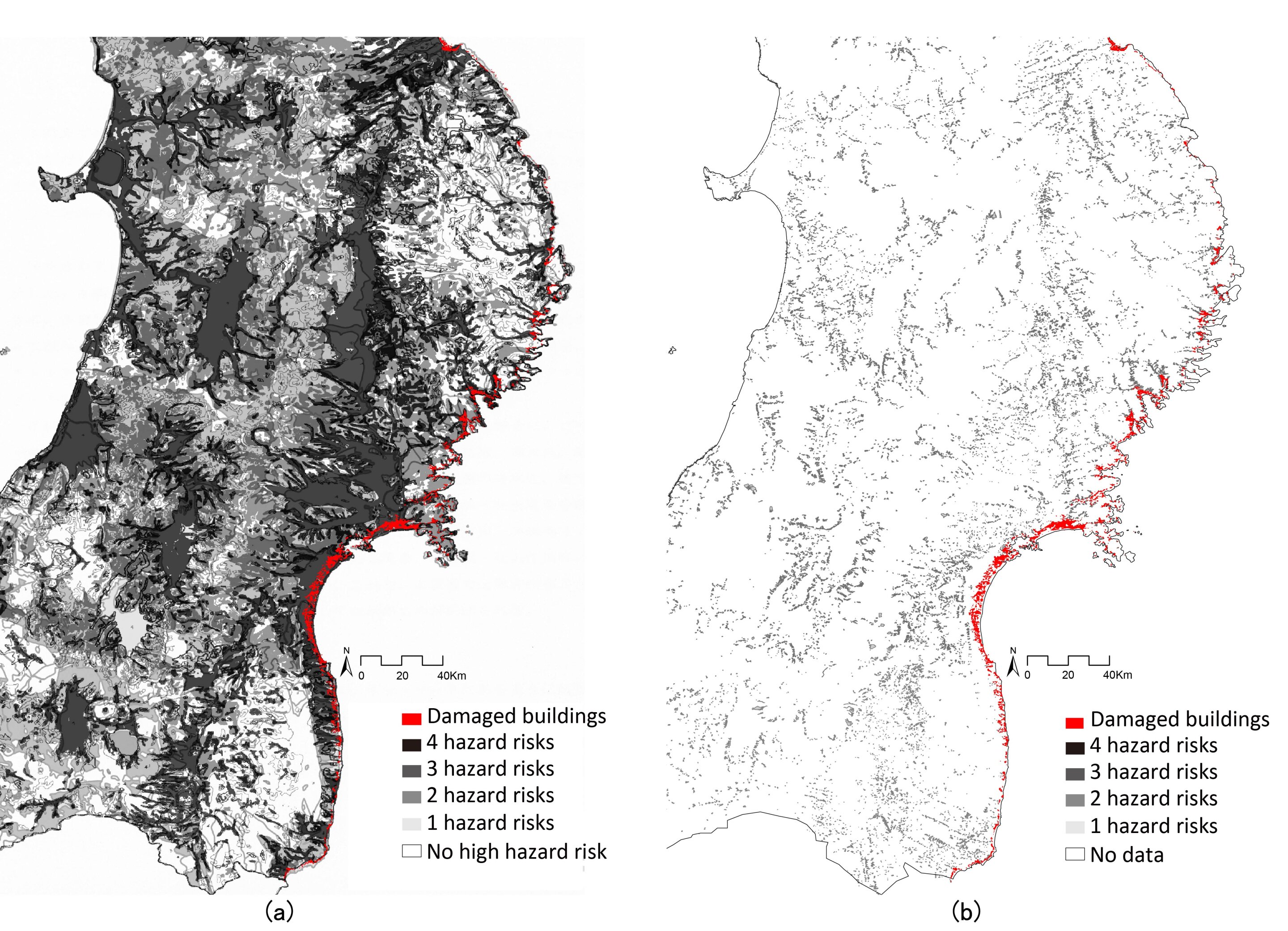 On March 11, 2011, multiple catastrophes in Japan were triggered by the Great East Japan Earthquake, including the nuclear accident at the Fukushima Daiichi Nuclear Power Plant. This event, also known as the 3/11 disaster, is what is known as a compound disaster. Now that over a decade has passed since this event, researchers are investigating how to prevent the next compound disaster.

Though the 3/11 disaster was an event of unprecedented magnitude, recently published research suggests that this event was not unavoidable and look to an unexpected resource for anticipating compound disasters: 20th century environmental inventories.

The findings were published in Landscape and Urban Planning.

“This paper proved that by integrating and utilizing findings of 20th century science, such as the 1980 Japan National Land Agency’s (JNLA) environmental inventory, it may have been possible to anticipate recent major disasters.”

Currently, it is much easier to anticipate individual hazards, such as how a hurricane will impact flooding, but this does not necessarily reflect the reality of what happens when there is a major disaster. Major disasters involve large regional areas and individual hazards are interconnected.

However, accounting for multiple hazards and how they compound during a major disaster is often inaccessible for governments and organizations because of a lack of information, funding, and the unexpected ways hazards can interact with each other in the real world.

In this study, researchers looked to ecological planning and the role of an environmental inventory in planning and preventing compound disasters. They used a technique developed by Ian McHarg in 1969 which was described in his book titled Design with Nature.

The technique is typically used in ecological planning to determine land use suitability using environmental and cultural criteria. These overlays looked at the risk of possible disasters such as volcanoes, earthquakes, mudslides, and flooding.

Researchers theorized that the risk assessment by different environmental classification maps in the same area could predict the locations where compounding disasters would be the most destructive.

“By using this theory, risk assessment of any location is possible. Despite advancements in hazard knowledge and risk modeling since 1980, recent hazard maps still present very limited risk information,” said Uehara. While this technique has been widely used in environmental planning and landscape architecture, it is not a standard practice in disaster risk mitigation. Most of the existing research into applying this technique to hazard risk assessment has looked at single hazard risks instead of multiple.

To prove the technique’s viability, researchers compared 1980 composite risk maps from the Japan National Land Agency over maps showing the damage from the Great East Japan Earthquake and compared them to 2019 hazard maps from the Japan’s Ministry of Land, Infrastructure, Transport and Tourism.

Of the 60 damaged highway sites, 89% were considered to have one or more high hazard risks according to the 1980 JNLA map. Only 8.4% of the damaged highways were noted on the 2019 MLIT map. Similarly, 81% of the sites for the Fukushima Nuclear Plant, including both plants, the substation, and the emergency site, were considered high hazard risks in the JNLA map. Even after the 2011 disaster, 0% of these locations were noted as high risk in the 2019 MLIT map.

Looking ahead, researchers are planning how to continue to evolve complex risk assessments that involve multiple hazards.

“Research will continue into the possibility of assessing the risk of an entire region based on the characteristics of environmental classifications as opposed to risk assessment, which involves advanced computational simulation to limit the scope of assessment and natural conditions,” said Uehara.

“Governments and organizations without necessary resources for advanced risk modeling could benefit from conducting such relatively simple and inexpensive multi-hazard risk assessment to reduce compound disasters.”

More information:
Misato Uehara et al, Could the magnitude of the 3/11 disaster have been reduced by ecological planning? A retrospective multi-hazard risk assessment through map overlay, Landscape and Urban Planning (2022). DOI: 10.1016/j.landurbplan.2022.104541

Research Reveals 6 Traits That Can Make Someone…