Up to 40% of wild deer population in US exposed to coronavirus, study finds 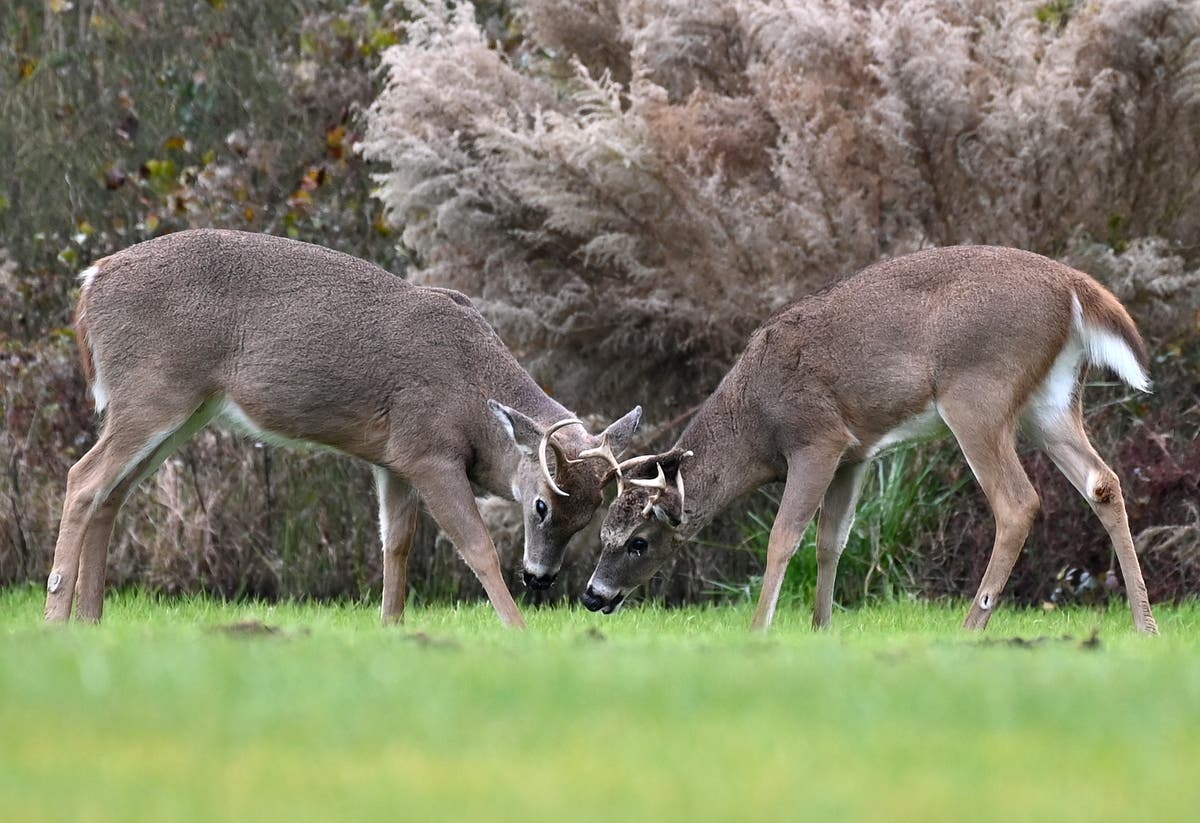 More than a third of white-tailed deer surveyed across four US states have been exposed to Covid-19, likely as a result of the virus making the leap from humans, according to a new study.

Research in Illinois, Michigan, New York, and Pennsylvania by the US Department of Agriculture’s Animal and Plant Health Inspection Service (APHIS) found antibodies to the coronavirus in 33 per cent of the 481 samples collected across 32 counties.

In Michigan as many as two-thirds of free-ranging deer may have been exposed to the virus, the scientists found.

However APHIS said that none of the deer populations in the study showed signs of clinical illness associated with Covid infection, during the sampling from January 2020 through 2021.

Among samples collected in 2021 alone, they found that 40 per cent of the deers had antibodies against the coronavirus.

According to the researchers, the finding is not surprising since the white-tailed deer, which are abundant in the US and known to be susceptible to the virus, often come into close contact with people.

“We targeted white- tailed deer (Odocoileus virginianus) for serosurveillance based on evidence these deer have ACE2 receptors with high affinity for SARS-CoV-2, are permissive to infection, exhibit sustained viral shedding, can transmit to conspecifics, and can be abundant near urban centers,” the scientists noted in the study, which has yet to be peer-reviewed.

They expressed concern that persistent infections in a novel host may potentially lead to adaptation of the virus, the evolution of new lineages, and the emergence of variants of the virus with altered transmissibility, disease-causing ability and vaccine escape properties.

The scientists believe the virus may have jumped from humans to the deer via activities such as field research, conservation work, wildlife tourism, wildlife rehabilitation, supplemental feeding, or hunting.

However, they said wildlife contact with contaminated water sources may have also been a potential transmission route, although SARS-CoV-2 spread from wastewater is yet to be conclusively demonstrated.

“Transmission from fomites or other infected animal species cannot be discounted,” the researchers added.

They emphasised the need for continued wildlife surveillance to determine the significance of the exposure of the free-ranging deer to the coronavirus and to conclude with further evidence if the deer were infected by the virus.

“Future wildlife surveillance should incorporate methods specifically designed to detect, isolate, and genetically characterise SARS-CoV-2 and to identify potential variants, as well as other endemic coronaviruses,” the study noted.

The defensive arsenal of plant roots

Masi Oka on the Difference Between Japanese and…